The Impact of the Ukraine War Will Last for a Generation 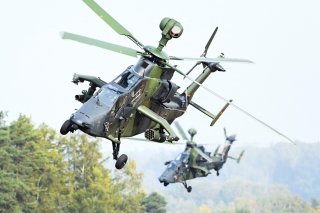 THE WAR in Ukraine will have several underappreciated, long-term implications for the future of international relations. For one, it will spur deglobalization, especially in the energy and food sectors. The war has the potential to lead to armed conflicts between Russia and the West; the rupture of ties will have a profound impact on global stability. Notably, the war clarifies that the current bipolar period in international relations will be less stable than its unipolar predecessor, though the impact of the war will not change the bipolar structure of the international system.

The war exacerbates many of the effects of the Covid-19 pandemic on international relations. One key impact of the twin crises is that they observably and significantly spur deglobalization by disrupting previously reliable supply chains. Both crises have prompted a sharp inward focus by elites as they perform the most basic function of the nation-state—to protect citizens. Leaders focused on domestic jobs. They erected barriers to the movement of goods and capital to protect their constituents. And they adopted more expansive definitions of national security.

Like the pandemic, the war in Ukraine will last for many years, which will amplify its impact as a long-term driver of deglobalization. Both sides want the same land, believe time is on their side, and have no trust in the other. Ceasefires are possible, but lasting peace will be elusive.

The war will propel ongoing deglobalization and decoupling in four ways. First, the commodity and supply shocks it caused will strengthen policymakers’ proclivity to encourage redundant and resilient supply chains, “friend-shoring,” onshoring, regionalization, and stockpiling. Second, the sheer magnitude and force of Western sanctions on Russia will cause other countries to fear that they or their main trading partner could be next, which will likewise catalyze movement toward safer supply chains. Third, China’s public sympathy for Russia during the conflict further darkens superpower competition and therefore decoupling between the West and China. Lastly, firms themselves have been burned by both import risks and price shocks, and they too are trending toward redundancy and stockpiling.

For energy markets, one of the longer-lasting effects is the movement of fossil fuel flows toward regionalization—a deglobalization of the market. There are two primary war-related drivers here. First, countries now show an even stronger preference for hydrocarbon supplies that come from relatively nearby and “friendly” countries. The import and price shocks of the Ukraine crisis have greatly strengthened this motivation. Also, especially for the United States and the European Union (EU), there is now a preference for “good” over “bad” oil and gas, with the distinction relating to the political orientation of the supplier country.

The first energy grouping is U.S.-Canada-Latin America-EU. The major new plank here is the dramatically strengthened liquified natural gas (LNG) link between the United States and Europe. At current levels, the United States sells about two-thirds of its LNG to Europe, roughly double the prewar level, which accounts for 15 percent of Europe’s gas needs. If targets in the recent U.S.-EU joint statement are met, that figure will rise to well over 20 percent. The U.S. role in supplying Europe’s gas needs has grown dramatically, even given the fact that European gas consumption is dropping. The United States has become a strategic partner for Europe in this area. And Europe is de facto replacing “bad” Russian pipeline gas with “good” U.S. LNG. The broader U.S.-Canada-Latin America nexus is well-established. Canada sends large amounts of crude to the United States. Latin American producers also primarily supply the United States, but the integration with Latin America is more fully established by U.S. exports of gasoline and diesel to their markets. These “good” energy flows will continue.

A second increasingly strong grouping is Russia-China. While substantial flows are already moving between the two because of geographic proximity and close political relations, China has limited the extent of this energy relationship in the past, as it has sought to diversify supplies. Since the start of the war, however, China has ramped up purchases of discounted Russian oil by roughly 300,000 barrels per day (BPD), and this trade is likely to expand given that Russia is losing access to the European market. Similarly, Russia needs to replace its European markets for natural gas. China will become the only serviceable and large market for Russian pipeline gas. Investment will be needed, but flows will grow—as illustrated by recent moves to begin work on the Power of Siberia 2 pipeline from Russia to China through Mongolia. The key driver of bigger Russian energy flows to China is politics; seen from the West’s perspective, these are flows of “bad” oil and gas.

The third key grouping is Middle East-Asia. Here, already strong flows are driven primarily by proximity and market potential. Asia is still building refineries, and Middle East countries seek to send crude to higher-growth, refined product markets. There will be upward pressure on the size of these flows because of the postwar politicization of energy. Before the war, the killing of Jamal Khashoggi had left Saudi oil “good enough” but under a bad shadow. Since the onset of the war in Ukraine, the Saudis and the Emiratis have decided to maintain good relations with Russia and OPEC+, while Riyadh has resisted boosting production to accommodate Washington. The recent decision by OPEC+ to cut production by 2 million BPD proves the point. The war will leave Saudi oil still “good enough,” yet under a slightly darker shadow. Over time, especially during periods when the market is not tight and the West can choose its producers, political considerations will mean that Saudi oil will probably find more willing buyers in Asia than in the West.

Finally, several countries and regions will occupy a more ambiguous status. India will remain a floater state, drawing supplies from Russia while crude is cheap; imports of Russian crude have risen from 30,000 BPD prior to the war to over 800,000 BPD at present. New Delhi will likewise increase purchases from the Middle East. Africa will also float. West African suppliers will target European markets seeking to replace Russian supplies; East African suppliers will look more to Asia. Importing African states will draw from a variety of sources, including continental production.

Food security: Increasing and lasting fragmentation of the global market. Food policy is another area where the twin shocks of the war and Covid-19 are likely to bring about lasting changes, as more states begin to view food as falling within the perimeter of national security. Over the medium to long term, this will mean a greater degree of protectionism and a less globalized international food system.

Both the pandemic and the Ukraine war drove up food prices markedly. On the United Nations (UN) Food and Agriculture Organization’s Food Price Index, average costs fell by more than 10 percent in real terms from January to May 2020. But as global economic activity recovered and supply constraints began to bite, food prices rose steadily to more than 33 percent above pre-crisis levels in February. Prices then spiked in March, as the war broke out, disrupting Black Sea shipments of wheat, corn, sunflower oil, fertilizers, and other products.

With commodity prices dropping since mid-June and a deal in place to unblock Ukrainian ports, many economists are predicting that food inflation has peaked. Yet the extent to which that is true will in part depend on how well the deal is implemented and whether it is renewed in November. And given that the war will likely go on for many years, a cloud of uncertainty will remain around food exports from Ukraine. The war will leave many leaders more concerned than ever about their dependence on a fragile international food system.

Leaders have good reason to be worried. While the relationship is not always direct, runaway food inflation and hunger are often accelerants of social unrest. The two most salient historical examples are the Arab Spring protests in 2011–2012 and the food riots of 2007–2008, both of which occurred against the backdrop of high food inflation.

According to data from the Carnegie Endowment for International Peace, the total number of significant global protests appears set to decline in 2022, following two notable years of political activism. However, the frequency of food and agriculture-related protests has risen considerably. The number of these demonstrations between January and June of this year topped the total number of similar protests during the last five years combined. Recent examples include demonstrations in Ecuador, Iran, and Sri Lanka.

A new Arab Spring is quite unlikely, but the Middle East and North Africa still appear vulnerable. The most fragile states are those facing conflict, including Sudan, Syria, Libya, and Yemen. A second tier of countries—which face high food inflation but are less exposed than the states in conflict—includes Lebanon and Tunisia.