India Could Become the Next Breeding Ground for Radicalism 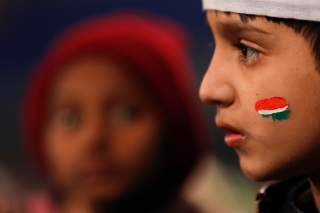 India is reeling from protests all across the country against an ill-advised and communally divisive law, the Citizenship Amendment Act (CAA),  which was passed by the Hindu nationalist government of Narendra Modi. The political images coming out of India speak of a nation in turmoil. Students, minorities and activists are protesting across the country. At the same time, police brutality is shamelessly on display and social media is awash with gory images of violence, marches and protests. This is the present reality. And this reality is the consequence of a series of events and developments that are unraveling and reversing recent gains made by India.

India has made amazing economic progress since the 1990s. Annual GDP growth rates were in the range of 6.5 percent to 7.5 percent. Hundreds of millions of people came out of poverty and the world’s biggest democracy also became one of the world’s biggest economies. India’s international image also transformed and more and more nations began to look to it for leadership.  The United States, in particular, began courting India and Washington began imagining New Delhi as a partner in the management of the global order and a potential ally against rising China.

India’s rise to global prominence is built on three pillars—democracy, secularism, and economic growth. India’s vibrant democracy, with a reasonably free press, complex elections, and strong civil society, allowed the United States and European leaders to talk of shared values between India and the West. This is a claim that could not be made with regards to India’s geopolitical rivals, Pakistan and China. India’s secular ethos further cemented its liberal democratic credentials, which are necessary to share leadership on the global stage.

But since coming to power in 2014, Modi and his Bhartiya Janata Party (BJP) have unleashed an agenda of identity politics and misguided economics that has hammered away at each pillar of India’s resurgence. In Modi’s first term from 2014–2019, policies such as demonetization, Goods and Services Tax (GST) and growing protectionism essentially retarded economic expansion and now according to BJP’s own experts real GDP growth rate of Indian economy might be a dismal 1.5 percent. At the moment, India is suffering from economic stagnation and an extremely high level of unemployment that it has not seen in forty-five years.

When governance fails, communalism triumphs. BJP won a second majority to the Parliament in 2019 on essentially a communal Hindu agenda and has since unleashed a state-sponsored Islamophobia the like of which has not been witnessed in any democracy. The government of Modi is determined to build a Hindu Rashtra (State), which would provide privileges to Hindus and demonize and disenfranchise religious minorities—Muslims in particular.

A series of political and legal machinations are tearing at India’s secular fabric. There has been the undemocratic revocation of the constitutional conditions of Kashmir’s accession to India (articles 370 and 35 A), granting of the land on which Babri Masjid stood for over four hundred years to Hindus to build a temple, and now the passing of the Citizenship Amendment Act. This act in conjunction with a proposed National Registry of Citizens threatens to disenfranchise Muslims and maybe even send millions of them into detention camps. All of these policies indicate state malice against the Muslim minority.

The way India has clamped down on Kashmir, the only Muslim majority state of India since August and the systematic violation of human rights there and across the country can only be described as state-sponsored Islamophobia. These communal and undemocratic policies backed by military and police brutality undermine the civic pillars of India’s rise. Watching this drastic political reality unfold is like watching a magnificent tower implode.

The United States Must Intervene Now

The United States was grooming India to become its partner in maintaining the global liberal order in South and East Asia and in facing the challenge of China. With India’s rapid degradation, both as a democracy and as an expanding economy, can India still be a reliable or a worthwhile partner?  Sustained human-rights violations in India will make it very difficult for the United States to treat India as a friend and ally. At the minimum, there will have to be criticism from both the congress and the White House and there are already demands for sanctions from the global civil society.

The United States’ future withdrawal from Afghanistan also depends on a potentially responsible and stabilizing role of India. But now that seems very remote.

The U.S.-UK invasion of Iraq in 2003 gave a tremendous boost to radicalism and terrorism across the world rose exponentially. The current military occupation and lockdown of Kashmir could also have the same radicalizing effect. The United States is tired of the war on terror and India’s desire to become a Hindu state may potentially extend that war both in intensity and duration.

India’s communal domestic policies present a new headache for American foreign policy. India is morphing from a potential ally and partner into a liability. For the sake of U.S.-India relations, the United States must intervene now. The United States must counsel New Delhi to help bring some sanity and course-correction.

Dr. Muqtedar Khan is a professor at the University of Delaware and a Senior Fellow at the Center for Global Policy.  He is the Academic Director of the State Department’s American Foreign Policy Institute. He is the author of a new book Islam and Good Governance: A Political Philosophy of Ihsan and tweets at @MuqtedarKhan.