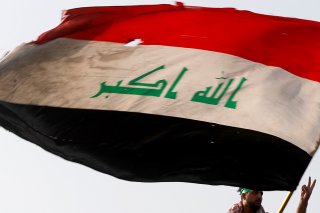 RAMADI—Seventeen years ago the road from Abu Ghraib through Fallujah to Ramadi was among the most dangerous real estate in Iraq. On Feb. 12, 2004, insurgents fired rocket-propelled grenades at a convoy transporting John Abizaid, then-commander of U.S. Central Command, and Maj. Gen. Charles Swannack, commander of the 82nd Airborne Division, in Fallujah. Later that month, insurgents attacked three police stations simultaneously and freed close to one hundred prisoners. By March 2004, insurgents were cementing control over Fallujah. Attacks on U.S. and allied Iraqi forces became a near-daily occurrence both in the city, in nearby Habbaniyah, and in the provincial capital Ramadi. On March 31, 2004, insurgents ambushed a Blackwater convoy, set their bodies ablaze, dragged their corpses through the streets, and hung their charred remains from a bridge spanning the Euphrates River. One week later, U.S. forces besieged the city. Twenty-four days later, U.S. Marine General James Conway lifted the siege and transferred power to the so-called Fallujah Brigade. It did not work. During the siege, there were five bombings; in the weeks that followed, there were thirty. By the end of the year, the U.S. military was back. Fallujah was leveled. “It was like Hiroshima” one resident explained to me over tea yesterday. Tragedy was not over. Prime Minister Nouri al-Maliki, a sectarian Shi’ite, systematically discriminated against the governorate between 2006 and 2014. The Islamic State insurgency took control of the province and terrorized local residents. As that group fell, locals skirmished with Iranian-backed militiamen. Eating lamb and rice at a communal lunch yesterday, a tribal sheikh told me simply, “We lived through hell.”

Today, Fallujah and Ramadi are almost unrecognizable. The roads connecting them are among the best in Iraq. Municipal workers carefully manicure parks, water flowers growing in public areas, and collect trash. Businesses spring up almost every day. Residents have rebuilt their houses. Local universities are thriving and Ramadi residents brag about how their city will soon host one of Iraq’s first truly five-star hotels. Iraqis well beyond the region acknowledge that al-Anbar is Iraq’s most secure region after Iraqi Kurdistan and is fast catching up.

Residents of Anbar brag—rightly—that they have achieved their renaissance with little outside help. The Iraqi government remains stymied by its own bureaucracy, incompetence, and a lack of cash. The size of Iraq’s payroll—inflated blithely by disgraced Prime Minister Adil Abdul-Mahdi—has long been inversely proportional to services provided. Many credit both their governor Ali Farhan al-Dulaimi as well as the province’s tribal and business elites for banding together and doing what Baghdad could not or would not. Local government and local will matters. While Ramadi and Fallujah today shine, much of Mosul remains in ruins, its former governor arrested last year for his role in a multimillion-dollar corruption and embezzlement scheme.

Ramadi shows what is possible in Iraq. While locals have driven the city’s revival with their own money, foreign investors in Iraq often make double-digit returns. The Iraqi population is young—more than 40 percent born after the 2003 war—and the market growing. Meeting with a couple dozen academics, tribal leaders, and politicians in Ramadi yesterday, they agreed on one thing: it is time for the United States to change its tack and put business first.

Frankly, they are right: American aid is often corrosive. It greases corruption and erodes local government accountability, but private sector investment is different. It lasts longer, affects more people, provides incentives for local stability, and promotes peaceful international engagement.  While U.S. presidents and secretaries of state fill their planes with aides and journalists, foreign leaders fill theirs with businessmen.

The Biden administration, however, has been slow to seize the opportunity. (Frankly, among recent American administrations, it is not alone). During the presidential campaign, now-National Security Advisor Jake Sullivan wrote, “Diplomacy could succeed where military force has failed.” His article, however, was largely pabulum. Not only are diplomacy and military force not mutually exclusive, but he ignored America’s greatest strength: The private sector.

On April 7, 2021, the U.S. and Iraqi governments issued a joint statement after discussions about their bilateral strategic dialogue. “The mission of U.S. and Coalition forces has now transitioned to one focused on training and advisory tasks, thereby allowing for the redeployment of any remaining combat forces from Iraq,” it declared. While Secretary of State Antony Blinken and his Iraqi counterpart Fuad Hussein reaffirmed the “strong economic partnership” between the two countries, they provided no details beyond streamlining Iraq’s visa system “to promote international trade and foreign investment.” (I took advantage of Iraq’s visa-on-demand policy during this current research trip; it works).

If Blinken and Sullivan really want to demonstrate a new model for U.S. diplomacy, they should go beyond pro forma statements and encourage serious investment in Iraq according to each governorate’s capacity. The United States International Development Finance Corporation, the successor to the Overseas Private Investment Corporation, can help reduce risk to American business. Blinken should task the embassy with identifying investment opportunities, which is what the local Turkish embassies are doing. While Baghdad International Airport is secure, the United States can work more with Iraqi partners to increase security in western Anbar in order to provide an export outlet. If Iraqi officials or militia leaders seek to interfere with commerce as they do at the Iranian border, then the United States should name and shame them and encourage and enable Iraqi partners to target them. Blinken might liberalize visa requirements for both Iraqi businessmen and students admitted to American universities to facilitate interchange. The U.S. Agency for International Development might also facilitate an opening of an American school or another type of international school in Ramadi to service the families of international businessmen resident in the region. Investing in successful governorates also increases local pressure to hold corrupt leaders accountable.

Prisoner abuse in Abu Ghraib and bloodshed in Fallujah and Ramadi defined the Iraq war for both Iraqis and Americans. As American forces have pulled back, so too have U.S. journalists. Some correspondents remain in Baghdad, but as the U.S. political debate has moved on, so too have editors’ willingness to dedicate space to Iraq in newspapers or on the nightly news. Ramadi and Fallujah, however, are good news stories that Americans should not ignore. Rather, they should be seized upon to confirm symbolically that good governance works, Iraq’s most battle-scarred regions can thrive, and that Iraq should be known for its partnerships and not for the traumas of its recent past.