The Dangerous Decline of U.S. Diplomacy 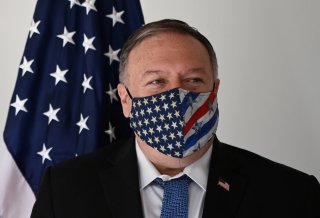 U.S. diplomatic effectiveness is in decline. While progressives praise multi-polarity and the role of international organizations, the flip side of both is erosion in Washington’s influence. The dynamics of contemporary American partisanship are also corrosive to diplomacy. Gone are the days of broad bipartisan foreign policy consensus and consistency. In recent years, both Presidents Barack Obama and Donald Trump appeared motivated more by a desire to do the opposite of their predecessors than any broader strategic logic. Entire countries—Israel, Saudi Arabia, the United Arab Emirates, Egypt, Cuba, Russia, and Ukraine—have become political footballs. Many professional diplomats, meanwhile, suggest the problems afflicting American diplomacy are compounded by an under-resourced State Department. Certainly, it is possible the State Department could do more with a larger budget, but it would be a mistake to equate resources with effectiveness. Jake Sullivan and Daniel Benaim, two of former Vice President Joe Biden’s top foreign policy advisors, further argue that, in the Middle East at least, “Diplomacy could succeed where military force has failed.” Such sentiments may be rhetorically satisfying, but they are an intellectual strawman. Diplomacy may be a valuable tool, but it is not a panacea, nor are diplomacy and military strategies mutually exclusive.

When the president or secretary of state travels, that person always brings a coterie of aides and even more journalists. Consider the Daily Telegraph’s description of President George W. Bush’s entourage on a 2003 trip to London:

Mr. Bush will be accompanied by a retinue consisting of 250 members of the Secret Service, 150 advisers from the National Security Department, 200 representatives of other government departments and 50 political aides. There will also be approximately 100 journalists travelling with him. There are also his personal chef, personal assistants, four cooks, medics and the presidential 15-strong sniffer dog team.

When Obama visited India, for example, his delegation booked eight hundred hotel rooms, some of which he simply sought to block off for security reasons, but many of which he filled with aides and journalists. In Australia, he brought five hundred people. Subtract the two hundred security staffers, and the size of that entourage is still huge. The list goes on. In the twilight of his term, Secretary of State John Kerry took numerous aides with him on a taxpayer-funded tourist junket to Antarctica, a continent with neither government officials nor diplomats with whom he could engage. Reporters may pay their share of the travel expenses, but they still inflate the delegation.

Perhaps it is time to change the character of these delegations. Judicial Watch is correct that there is much room for reform in terms of limiting government employees eligible to accompany their supervisors. The main problem, however, is that journalists bring short-term political gain but they do little to expand America’s diplomatic position. Indeed, boorishness has increasingly become the norm, and while it is appropriate to ask U.S. presidents and secretaries about domestic political issues while in the United States, press conferences overseas and with foreign leaders should focus on those elements of foreign policy and bilateral relations which both officials have a unique capacity to address.

Around the world, allies and adversaries alike have changed the nature of their foreign delegations. Rather than surround themselves with layers of aides and dozens of journalists, they instead travel with businessmen. Although Americans have grown suddenly distrustful of capitalism and Trump has heightened sensitivity regarding conflicts-of-interest, business ties lay a firmer basis for relations than diplomatic rhetoric or military cooperation.

French president Emmanuel Macron, for example, took fifty business leaders with him during a January 2018 visit to China. Business and cultural leaders accompanied Macron on a similar visit later that month to Tunisia. When he returned to China in November 2019, he brought with him a range of business leaders drawn both from small firms and blue-chip companies. German chancellor Angela Merkel does the same thing. Representatives from some of Germany’s largest companies have accompanied her on trips to both Washington and Beijing. In February 2013, British prime minister David Cameron brought representatives from small and medium-sized enterprises and large companies with him to India, and his successor, Theresa May, likewise used her role and the composition of her delegations to push British business in Japan, South Africa, Kenya, and Nigeria.

Nor are large nations alone in the practice. Belgium’s Princess Astrid traveled to India with three hundred businessmen in tow. In November 2017, Czech president Miloš Zeman visited Russia with the largest Czech business delegation in twenty-five years, representing 132 firms. Japan, South Korea, and Israel do likewise. When Croatian president Kolinda Grabar-Kitarović visited Iran, 50 Croatian companies chose representatives to accompany him. The United States may look critically at Croatian actions by encouraging investment in Iran, but from a realist standpoint, once that investment occurs, those businesses become natural lobbyists for continuity of bilateral ties. Should the United States think as strategically, it might find its business leaders dampen the volatility which now afflicts U.S. foreign policy.

China, of course, has long made business the central pillar of its overseas influence strategy, even if at times it uses debt to extort diplomatic favors and compliance.

Both Democrats and many Republicans both lament the expense of American force projection, and both parties lament the decline of American diplomatic prowess. Many Democrats—especially as a Biden administration potentially looms—also look at the Pentagon budget with envy and hope to channel some of that money into domestic projects.

The irony, however, is that American influence need not decline, even in an era of declining resources. Put aside the fact that the pie which politicians seek to divide need not be finite: The history of American capitalism—as well as foreign embrace of markets—show that wise management can expand resources for all. Nor does force projection need to be the sole basis for American power. Force project is necessary to defend the post–World War II liberal order and to prevent malign forces from filling the vacuum, but true, stable, strong relations will ultimately be based on mutually-beneficial business ties, and not on foreign aid or agreements which do not intercede in a visible way in the lives of ordinary citizens. In Iraq, leaders across the sectarian and ethnic spectrum seek not aid but rather a long-term business investment that can employ ordinary Iraqis and cement Iraq’s Western turn for generations.

Congress might worry that mixing politics and business would corrupt both, but this is naïve. Lobbying represents just that, but if the concern is that the president or State Department might favor certain businesses over others, then they could simply impose a lottery system so that all who qualify and have the resources to pay their way can win a seat.

Both Congress and diplomats lament that too often America goes it alone. If the United States could learn from both allies and adversaries and reinvent diplomacy for the twenty-first century, it might truly preserve American greatness and economic power and, along with it, the decades-long liberal order which brought freedom and escape from poverty but now stands on such shaky ground.