Japan and America Can Restore a Healthy World Order 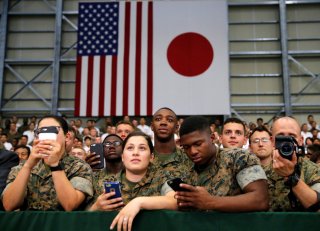 The assassination of former Prime Minister Abe Shinzo last month shocked the world. In the eyes of many Americans, Abe had come to represent a confident and proactive Japan, overcoming decades-long perceptions of a nation in decline to demonstrate that Japan could lead globally. One of his core beliefs was that Japan and the United States need each other, and his efforts to project Japan’s global leadership were invariably anchored in U.S.-Japan partnership. Now that Abe is gone, the foreign policy test for his successors will be the degree to which Japan and the United States can carry on his legacy by continuing to work together to lead regionally and globally. Global health is the natural starting point for them.

The longest-serving premier in his country’s history, Abe stood out with his theatrical, almost “un-Japanese” gestures, whether breaking diplomatic protocol to show up at President-elect Donald Trump’s doorstep bearing gold-plated golf clubs or popping onstage at the Rio 2016 Olympics dressed as Super Mario.

He dedicated an extraordinary amount of time to strengthening Japan’s hand in an increasingly perilous Asia and sustaining the underpinnings of the liberal international order that had immensely benefitted his nation. Fans and critics alike point to his dream of strengthening Japan’s military, but the actual reforms that he managed to muscle through were more evolutionary than revolutionary. Instead, Abe’s most substantive international achievements involve his efforts to deepen regional cooperation, largely to counterbalance China.

His government advanced the concept of a Free and Open Indo-Pacific, and he spearheaded creating the Quad, taking historic steps to deepen cooperation among Australia, India, Japan, and the United States. Moreover, he was the unlikely savior of the Trans-Pacific Partnership (TPP), making a domestic political gamble by bringing latecomer Japan into TPP negotiations with the United States and ten other countries, and then shepherding a new version of the pact into reality after the U.S. withdrawal seemingly left it for dead.

The common thread running through these successful efforts involved Abe’s reliance on the U.S.-Japan partnership. That is why he was willing to go to extraordinary lengths to deepen ties with Washington, even when it put his own political fortunes at risk. His American counterparts may have felt less acutely dependent on Japan, but recent events have demonstrated that it is increasingly important now for the United States to partner with like-minded allies, especially Japan. Without Japanese cooperation, it would be exceedingly difficult for the United States to counteract Chinese efforts to isolate Taiwan, present a united front in support of Ukraine, and combat global challenges from climate change to the Covid-19 pandemic.

Fundamental shifts in the international system now give this duo an outsized role in ensuring that the world order moves forward in becoming more open, free, and secure. On the one hand, authoritarian powers, starting with an increasingly brash China and a Russia that displays utter disregard for international law, are reshaping the world order. This comes as rising inequality, paralyzed politics, and a seeming inability to deliver for their citizens have taken the bloom off of the rose of the liberal democracies. On the other hand, intertwined transnational challenges—most notably, climate change, pandemics, migration, and food insecurity—are exacting a growing human toll, driving home the point that nobody is safe until everybody is safe, and the need for comprehensive strategies.

Ash Jain and Matthew Kroenig have called for the world’s so-called high-capacity democracies to rally in shaping a renewed and more resilient world order, but it is unclear how many are up to the task. The members of the European Union have exhibited impressive solidarity in pushing back against Russia, but Europe still exhibits disarray, wracked by Brexit, populism, and waves of migrants, with refugee flows from Ukraine adding to earlier ones from Syria, North Africa, and elsewhere. Meanwhile, other powers, from the United Kingdom to India and Brazil, are hobbled by political tumult, nationalist leaders, and ambivalence about what role they wish to play on the world stage. This raises the stakes for U.S.-Japan partnership.

Of course, America’s “unipolar moment” is now long gone, and both the United States and Japan boast less relative power than they did in the era spanning from the Ronald Reagan to the George W. Bush presidencies. They need each other to wield decisive influence on many issues, both through bilateral collaboration and by serving as the core of “mini-lateral” initiatives such as the Quad and longstanding head of state summits like the G-7, which Japan chairs next year. One of the most meaningful things the United States and Japan can do is to jointly set the agenda for cooperative and comprehensive approaches to the central challenges of the day.

Global health is a natural focus for U.S.-Japan partnership, and a starting point from which they can build momentum. Official exchanges on health date back to President Lyndon Johnson and Prime Minister Eisaku Sato’s 1965 establishment of the U.S.-Japan Cooperative Medical Science Program, and global health played a central role in the bilateral collaborations pursued by Japanese and American aid agencies for twenty-five years, from the Common Agenda in the early 1990s through the end of the Obama administration. So, it was no coincidence that the initial functional issue championed by the Quad under President Joe Biden involved health cooperation on Covid-19—namely, the Quad Vaccine Partnership.

Global health is also appealing because Japan has so much to offer. In 1961, Japan achieved universal health coverage (UHC); not coincidentally, it now boasts the longest life expectancy of any major country. From the 1990s, Japan increasingly focused on global health in its development assistance, and, at the end of that decade, adopted the concept of “human security” in its foreign policy—which has critical implications for health and wellbeing. In 2000, the Global Fund to Fight AIDS, Tuberculosis, and Malaria was conceived when Japan hosted the Kyushu-Okinawa G-8 Summit. Then, after Abe came back to power in 2012, Japan put greater focus on helping developing countries advance UHC, and Japan is now widely acknowledged as an intellectual leader in global health.

In global health today, Prime Minister Fumio Kishida and Biden have much to take on: finishing the contest against Covid-19 (a game deep into extra innings), shoring up programs against longer-standing infectious diseases, preparing for inevitable new pandemics, and strengthening health systems—leaving no one behind, in the words of the Sustainable Development Goals.

A strategic global health agenda for this duo of democratic powers would fruitfully focus on three areas.

First, and most pressing, is demonstrating joint leadership on the September replenishment (donor) conference for the twenty-year-old Global Fund to Fight AIDS, Tuberculosis, and Malaria. This multistakeholder partnership has saved 44 million lives, yet progress on the diseases it targets has reversed amidst Covid-19. Biden stepped up to host the replenishment in September and asked Congress for appropriations to increase the three-year U.S. pledge for the Global Fund by nearly 30 percent to $2 billion per year. One of the staunchest supporters of the Global Fund, Japan is now poised to make its own pledge. Kishida can make an important gesture by showing Biden how committed he is to tandem leadership with Washington by boldly increasing Japan’s pledge to match the U.S. hike. Given how the Global Fund was hatched at Japan’s 2000 G-8 Summit, boldness is only fitting as Japan now prepares to host the G-7 again next year.

Second, Covid-19 has made it clear that we must do better to prevent and respond to new pandemics. Here, too, Japan and the United States have an important role to play in ensuring pandemic preparedness efforts are coordinated, effective, and equitable. Partnering on support for the Global Fund counts as one immediate step—as a 2021 Lancet study found that 33 percent of Global Fund spending went for work that strengthens health security broadly.

Other initiatives are underway as well, notably the creation of a new pandemic preparedness financing facility housed at the World Bank. The United States and Japan can work together to make sure the facility complements and supports existing global health organizations—such as the Global Fund, Gavi (the Vaccine Alliance), and CEPI (the Coalition for Epidemic Preparedness Innovations)—rather than incentivizing siloing and competition; and that it is set up to succeed by including low and middle-income countries (LMICs) and civil society representatives on its governing board rather than just having rich governments call the shots.

In 2021, the G7 countries pledged to build pandemic preparedness capacity to develop tests, vaccines, and therapeutics within 100 days of the discovery of a new pandemic threat. This remains a distant goal, but the United States and Japan, with their respective biomedical strengths, are essential to achieving this. Japan, as the 2023 G7 host, and the United States can lead like-minded countries not just in agendas with words but in pandemic readiness deeds.

Finally, Japan’s leadership on UHC meets the current moment, and the United States can learn from it and reinforce it. Japan and the United States could coordinate their bilateral funding to advance UHC, and jointly champion the scaling-up of health systems, strengthening (like the Global Fund’s) healthcare access and affordability. That would go a long way to enable LMICs to emulate Japan’s own successes and lessons in achieving UHC. This agenda also advances health security when Covid-19 has shown that citizens in the Global North are not insulated from infectious diseases elsewhere.