World Shocked by Assassination of Shinzo Abe at Campaign Rally 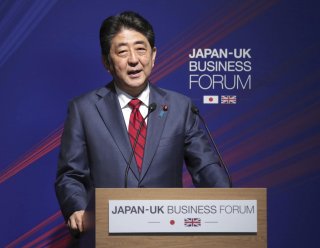 Shinzo Abe, Japan’s prime minister from 2006 to 2007 and 2012 to 2020, died on Friday morning after he was shot during a campaign rally for Japan’s ruling Liberal Democratic Party.

At roughly 11:30 AM, shortly after he began his speech, Abe was shot twice in the right neck and left chest, according to Japan’s Fire and Disaster Management Agency. The former prime minister was immediately transported to the Nara Medical University Hospital, where Japan’s public NHK news agency reported that he had entered a state of cardio and pulmonary arrest, suggesting that his heart had stopped.

Police apprehended the suspected shooter, former Japanese Navy sailor Tetsuya Yamagami, immediately after the shooting. As Japan’s firearms laws are extremely strict, it was initially unclear how Yamagami had obtained a gun. Reports later claimed that Abe was killed with a homemade gun. Due in part to the difficulty of obtaining weapons, gun deaths are nearly unheard of in Japan, which has one of the lowest firearm homicide rates in the world. In 2021, there were only ten shootings in Japan and one civilian gun death. Political assassinations are even rarer; the country’s last political killing occurred in 2007, when Iccho Itoh, the mayor of Nagasaki, was shot and killed by a member of a yakuza organized crime group.

Japanese prime minister Fumio Kishida and other parliamentary leaders from all of Japan’s major parties immediately suspended their campaigns after the shooting. Similarly, all parties swiftly condemned the assassination. In a speech after the attack, Kishida described it as a “heinous act” that challenged “the very foundation of democracy.”

Abe, Japan’s longest-serving prime minister, sought to stimulate the country’s sluggish economy during his tenure through a unique mix of government spending and quantitative easing sometimes referred to as “Abenomics.” He also oversaw the 2019 abdication of Emperor Akihito. He pursued a hard line on foreign affairs, presiding over a period of growing tensions with China and North Korea and publicly supporting the strengthening of the Japan Self-Defense Forces, Japan’s de facto army.

Abe initially stepped down from office in 2020 due to poor health, but he continued to play an active role in politics on behalf of the LDP.