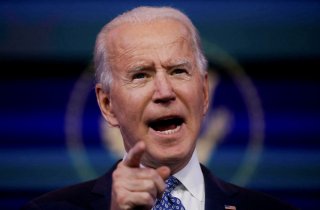 Carbis Bay, Brussels, and Geneva may sound more like vacation destinations than gateways to the future. Yet those European venues restored US leadership at a time of global hardship and great-power disharmony.

Critics dismiss the value of trusted American leadership in the world and decry the shortfalls of collective action. But Biden didn’t miss the opportunity to shake up international relations. Instead, he rallied the wealthiest and most powerful states around an alternative vision to China’s and Russia’s authoritarian dreams.

Uniting allies around an affirmative agenda is at the core of the Biden administration’s grand strategy of democratic solidarity. After four years of igniting dumpster fires with “America first” chest-thumping, U.S. diplomacy arose from the ashes. Truth beats fibs, hope topples fear, and Joe Biden knows the difference between an ally and a rival.

From Atlantic Charter to Cornwall Consensus

The tone of the entire trip was set eighty years ago by wartime allies Franklin Roosevelt and Winston Churchill in the Atlantic Charter. In a New Atlantic Charter, Biden and Britain’s Prime Minister Boris Johnson resolved “to defend the principles, values, and institutions of democracy and open societies” to ensure they can solve “the critical challenges of our time” and uphold “the rules-based international order.” Protecting sovereignty through collective security and harnessing science and technology are vital to guarding the health and safety of people and the planet.

However, rallying the like-minded is not a simple task. Rome wasn’t built in a day. And in an era of populism, nationalism, and illiberalism, it is easier to disrupt peace and erect walls than to unite societies and build bridges.

The consensus reached in Cornwall amplifies the leitmotif of allied cooperation laid out in the New Atlantic Charter. G7 advanced economies, joined by representatives from four other major democracies (India, South Korea, Australia, and South Africa) and the European Union, showed remarkable harmony at Carbis Bay. In their seventy-paragraph summit communiqué, these stewards of democracy declared that “shared beliefs and shared responsibilities are the bedrock of leadership and prosperity” and that they are guided by “our enduring ideals as free open societies and democracies.” They vowed an ambitious plan to “vaccinate the world,” “reinvigorate our economies,” champion “freer, fairer trade within a reformed trading system,” promote a “green revolution,” “build back better for the world” through high-standard infrastructure, and advance “freedom, equality, the rule of law and respect for human rights.”

In establishing a plan to “beat COVID-19” while holding off tomorrow’s climate change, Biden and his fellow summiteers made competition with China the overriding if largely tacit concern. Thus, while the G7 leaders called for an “expert-led, science-based” study of the coronavirus origins, expressed their concern about “all forms of forced labor,” committed to counter disinformation, and underscored the “importance of peace and stability across the Taiwan Strait,” China hardly appears in the lengthy joint statement. Still, one wolf-warrior diplomat at the Chinese embassy in London was quick to assert that the summit “exposed the sinister intentions” of the United States and few other countries.

Democratic governance is at an inflection point. Biden sees the vital challenge of our time as democracies working together to preserve and adapt global order through the power of exemplary problem-solving. During his first press conference on the trip, the president said the critical question is “whether or not democracies can compete with [autocratic governments] in a rapidly changing twenty-first century.”

As the president crossed the English Channel to meet with the thirty members of NATO, Biden updated the agenda in Brussels to take on greater responsibility for blunting China’s and not just Russia’s malign behavior. The Brussels summit communiqué stated that among the “multifaceted threats” facing “the strongest and most successful Alliance in history” is “China’s growing influence and international policies.” NATO allies resolved to “engage China with a view to defending the security interests of the Alliance.” Most broadly, “China’s state ambitions and assertive behaviour present systemic challenges to the rules-based international order,” and its “coercive policies…stand in contrast to the fundamental values enshrined in the Washington Treaty.”

Although NATO called for dialogue with China, Beijing’s response was as physical as it was verbal. For instance, the People’s Liberation Army Air Force dispatched an air force armada of 14 J-16 multi-role fighters, six J-11 fighters, and four H-6 bombers into the Taiwan Air Defense Identification Zone. The unmistakable message was that China must be respected, and Beijing’s Taiwan narrative is the only acceptable way to speak about 24 million people striving to retain their democracy and autonomy.

The Growing Links Between Europe and Asia

Crossing the English Channel, Biden symbolically relinked post-Brexit Britain and Europe. Even more importantly, the president’s trip was a protracted exercise in growing the linkages between Europe and Asia.

Biden leveraged his long-standing transatlantic credentials to build a bridge joining transpacific partners. Xi Jinping’s signature Belt and Road Initiative (BRI) has helped China make enormous inroads into Europe in recent years. Biden is attempting to recreate a more recent postwar alliance. One facet of that alliance is promoting infrastructure, including a Build Back Better World initiative for telecommunications and other investments essential for competing in the fourth industrial revolution. The world is likely to see further initiatives in the coming months from the Quad and different groupings.

The Europe trip connected European and Asian partners in ways that are likely to lead to deeper ties. America’s Indo-Pacific region friends showed up in Europe. First, Japan, the world’s third-largest economy, America’s cornerstone ally, and the inspiration for a free and open Indo-Pacific region established in part with a boost from the Quadrilateral Security Dialogue—the maritime democracies of the United States, Japan, India, and Australia. Japanese Prime Minister Yoshihide Suga was the first foreign leader to visit Biden in the White House.

It was no accident that the other members of the Quad (India and Australia) received invitations to attend proceedings around the G-7 summit. Nor was it a coincidence that South Korea, America’s linchpin ally for peace and security on the peninsula and throughout the region. South Korean president Moon Jae-in was Biden’s second state leader to travel in person to Washington, DC Biden and Moon issued a lengthy joint statement reasserting the alliance and their commitment to a rules-based order free from the coercion of the South China Sea to the Taiwan Strait. Despite the need to maintain a careful balance of relations with Beijing, Seoul is sending a clear message that it wants to protect democratic governance from creeping illiberalism.

Thus, leaders in Europe were joined by significant democracies from the Asia-Pacific region to announce their intention to work more closely together to drive the rules of the road.

China may be the chief sovereign challenge to rules and world order, but Russia is not far behind. Biden’s European adventure underscored the need to find a modus vivendi with the other revisionist great power. Against the backdrop of the Alps in neutral Switzerland seemed an appropriate meeting point for the senior-most representatives of the former cold warriors—Biden and Vladimir Putin—to convene. After all, Tony Blinken and Jake Sullivan met Chinese counterparts in the frigid northern clime of Anchorage, Alaska, amid concerns of growing U.S.-China hostilities. Among Russia’s recent contributions to global public goods have been unfettered cyber operations, preparing to supply an advanced satellite system to Iran, and a massive naval exercise in the middle of the Pacific to track an extensive U.S .submarine readiness exercise, Agile Dagger. Beijing and Moscow don’t have to collaborate to present a united front against the liberal world order.

There are many architects behind Biden’s great rejuvenation of the liberal world order. It starts with the president and runs through his top cabinet and national security officials. But such a strong show of unity among European and Asian allies would have been unlikely without the work behind the scenes by the administration’s Coordinator for the Indo-Pacific, Kurt Campbell, and his very able team of experts. Campbell says that the best China policy is a good regional policy. The president’s inaugural visit overseas suggests that a good regional policy is better when the United States connects both Atlantic and Pacific partners.

From Confrontation to Cooperation from a Position of Strength

The democratic solidarity among an expanded G7, NATO, and the EU gives Biden the ability to meet competitors from a position of strength. In Geneva, the dialogue with Putin is a prelude to a similar meeting likely to occur later this year with Xi.

Some China watchers have accused the Biden administration of adopting Trump’s policies and taking a confrontational approach to dealing with a country that is nearly everyone’s biggest trade partner. But the president’s transatlantic diplomacy centers on putting the United States in a more advantageous position from which to cooperate with China.

In pursuing cooperation from strength, there are at least five significant differences between Biden and Trump policies as both parties focus increasingly on China.