The Damaging Dictatorship of Xi Jinping 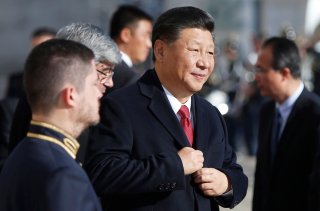 The Chinese Communist Party and its leader want to stay in power for a very long time. The party is celebrating its centennial anniversary this year under the slogan “Follow the Party Forever.” And Xi Jinping plans to be dictator for life. This is unhappy news for the Chinese people and for the world. Dictatorships are oppressive and inefficient at home, and aggressive abroad. And personal dictatorships are particularly bad.

All Communist parties have ruled as dictatorships. They initially excused it as a temporary necessity because they came to power through national convulsions: In Soviet Russia, China, and Vietnam through civil war, in Eastern Europe through the Soviet occupation after World War II, and in Cuba through a military coup.

But they never evolved towards democracy. No ruling Communist party has ever tolerated competing political parties, free elections, an independent judiciary, a free media, or non-political military and police.  Dissidents lose their jobs, are imprisoned, and often killed—sometimes in large-scale terror campaigns.

At the pinnacle of these dictatorships sits the head of the Communist party who is always the object of a leader cult. Once he takes power, he usually keeps it for decades, never leaves willingly, and is very rarely toppled.

Their country’s economic life is in the tight grip of the Communist rulers as well. Private enterprise is either forbidden or, as in China, centrally controlled. China’s people are ill-served by this. Communism interferes with free markets and has always produced significantly less prosperity than Capitalism.

Mao ruled in this tradition for thirty years and the effects were disastrous. When he died in 1976, China was impoverished, backward, and closed to the world.

The following thirty years were marked by Deng Xiaoping’s dramatic reforms. He introduced Capitalism in parts of the Chinese economy and opened the country to the world.  Importantly, he instituted collective leadership at the top of the Communist Party and term limits for its senior leaders.  China flourished. And there was hope that China will become a democracy and a responsible participant in international relations.

Xi Jinping has been reversing Deng Xiaoping’s reforms ever since he took power in 2012. He did away with term limits and collective leadership and brought back the leader cult. He is restricting free-market capitalism in China and increasing the role of the Communist party in economic enterprises. And China’s dealings with other countries are increasingly confrontational.

Xi Jinping’s personal dictatorship is suffering from the same ills that have plagued dictatorships everywhere and at all times.

The first and most consequential casualties of any dictatorship are truth and freedom of expression.  Dictators reject any challenges to their flawed doctrines and punish dissenters. The resulting uniformity of thought makes it harder to solve the challenges of the day and chart the best course for tomorrow. Even worse, people in a dictatorship have to fake enthusiasm for the party line, which leads to cynicism towards truth throughout society.

In this environment, a servile bureaucracy and media report embellished good news and hides the bad news. Dictators end up with bad data for their decisionmaking.

There are no institutional breaks in a dictatorship. Through fear, dictators have absolute control over the government, legislature, repression apparatus, judiciary, and media. Their bad decisions cannot be discussed, appealed, or stopped.

Entrepreneurship and innovation, the key drivers of economic growth, wilt in such an environment. Job creators need freedom of thought and action, predictable laws, and an independent judiciary.

All dictators view the outside world with suspicion. They resent foreign support for democracy in their country and bristle at foreign condemnations of their oppression. They also tend to create conflicts abroad to whip up nationalist support at home.

Past dictatorships did not lead to stability, prosperity, and peace in the long run. Neither will Xi Jinping’s Communist dictatorship. It will slow China down, increase social conflict, and lead to international tensions.

Dan Negrea is a senior fellow at the Atlantic Council.  He served in leadership positions at the State Department and was a Wall Street executive. He defected from Communist Romania.