The ‘Great Game’ Is Back: Are Americans Ready for Great Power Competition? 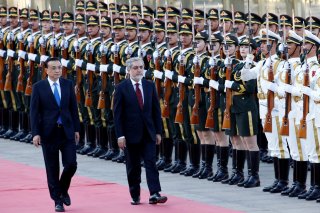 The phrase “the great game” was coined by the British spy-soldier-diplomat Arthur Conolly and later immortalized by Rudyard Kipling. Peter Hopkirk’s 1992 book bears the same name and tells the story of the great power competition for Central Asia in the nineteenth century, mainly between the British and Russian empires.

Hopkirk observed that many headlines of the late twentieth century were familiar to Victorians: “The storming of embassies by frenzied mobs, the murder of diplomats, and the dispatch of warships to the Middle East.” They are of course familiar to us a generation after Hopkirk’s book. Some of the great power players have changed or seen their status evolve, but the game— the competition—echoes many similarities.

The British and Russian strategies were seemingly defensive. The primary British objective was to defend interests in India, which many British strategists believed the Russians would eventually try to seize. (This fear arose, at least in part, from an apocryphal legend about a tsarist ambition, uttered by the dying Peter the Great, that Russia would one day conquer India and then liberate Byzantium.)

For the Russians, the Great Game was called “the tournament of shadows,” a phrase that suggests the adversaries never quite apprehended one another. The Russians believed that the British sought to extend their empire into Central Asia, the land “east of the sun,” as the Russians called the forbidding Siberian terrain that led to the Pacific. Russia’s aims were primarily defensive and were intended to curb British expansion. Russian troops already faced challenges protecting merchants and missionaries from slaughter or capture (many military missions were dispatched to free hostages in Central Asia); the incursion of British soldiers there would only arrest Russian efforts to pacify Central Asia. Yet despite assurances of each empire by their diplomats in London and St. Petersburg, suspicion prevailed, especially in distant Central Asia. Between their interests and beyond their imperial frontiers lay Afghanistan.

The British incursion into Afghanistan began as an action to protect India, to extend the defensive line and so prevent the Russian threat from ever approaching India. The British easily captured Kabul at the outset of the First Anglo-Afghan War in 1839, but holding Afghanistan proved more difficult. Less than three years later, thousands of British soldiers retreating from Kabul to Jalalabad made a last stand at Gandamak. Only one British soldier limped into Jalalabad to tell the story of slaughter. This humiliating defeat prompted the British to reconsider altogether the nature of their imperial aims in Central Asia.

Connolly, a courageous British visionary and proponent of the aggressive, expansionist strategy in Central Asia, was captured and beheaded in 1842 in Bukhara beside a British officer he had gone to rescue. All this prompted much reflection in London. Russia, meanwhile, had fared very well—by doing nothing. British strategists took notice.

There were two schools that dominated British imperial policy in the mid-nineteenth century: the Forward (which Connolly had championed) and Masterly Inactivity schools. The Forward School dominated the first decades of the Great Game. It consisted variously of hawks and Russophobes, ambitious officers, merchants, and an entire class of London wonks who followed the Great Game “from the sidelines, giving freely of their advance in a torrent of books, articles, impassioned pamphlets and letters to the newspapers.” They were driven as if by compulsion by the belief that doing something was better than nothing—a tendency that apparently existed before the Internet, social media, and cable news; before communications strategists supplanted policymakers; before tactics supplanted strategy.

After the Afghan debacle, however, the “masterly inactivity” school emerged. Its critics scorned it as the “backward school,” a pejorative comparable with “isolationist” today. In truth, these proponents of a more authentically defensive strategy did not wish to abandon India or empire. Instead, they sought to claim only that which could then be defended. The masterly inactivity school argued that any Russian force that overcame the forbidding challenges to arrive at India’s doorstep would be tattered and easily defeated. In the end, Russia never tried to invade India but, had they tried, the proponents of masterly inactivity would likely have recalled Napoleon’s advice: “Never interrupt your enemy when he is making a mistake.” It was not until 1979 that they blundered into Afghanistan—an impulsive decision by Leonid Brezhnev that abandoned traditional Russian prudence. It was the undoing of the Soviet Empire.

Masterly inactivity was essentially a “Britain First” policy. This was best captured by Lord Thomas Macaulay on the floor of the House of Commons in 1845:

Macaulay’s admonition was consistent with the minds of many British statesmen after the disaster at Gandamak. But the calm was short-lived and competition in Central Asia was soon resumed. In 1856, wrote Hopkirk, “Afghanistan, the problem which would not go away, was back in the news.” The Forward School was also back and with it another incursion into Afghanistan—and another disaster. The Great Game continued in its peculiar cycle of violence and calm into the twentieth century.

“When everyone is dead, the great game is over. Not before.” So wrote Kipling in his classic spy novel, Kim. By the time Kipling died in 1936, Britain’s global presence was becoming tenuous, some believed because British elites had lost their confidence. As the greatest challenge in history was rising in Europe, George Orwell—no fan of empire but a staunch enemy of fascism—begrudgingly lamented that there were no Kiplings or Connollys left to meet the challenge of totalitarianism. The British weakness, Orwell argued, lay not in their people but rather their ruling class. The courageous spirits who forged empire were, by the 1920s, “in the grip of Whitehall”:

Well-meaning, over-civilized men…imposing their constipated view of life on Malaya and Nigeria, Mombasa and Mandalay. The one-time empire-builders were reduced to the status of clerks. … From that time onwards it has been next door to impossible to induce young men of spirit to take any part in imperial administration.

Britain’s “Europeanized” elites, divorced by choice “from the common culture of the country,” lived in “perhaps the only great country whose intellectuals are ashamed of their own nationality.” It was arguably here that the Great Game ended—amid the whimpers of Britain’s self-loathing elites. But it was also here that the last lion of empire became prime minister, restoring the confidence of the people—and even some begrudging elites.

The British imperial experience during the Great Game is of course familiar to any observer of American interventions in the greater Middle East. In the two British schools, one sees neoconservatives (or neoliberals) and isolationists, Wilsonians and Jeffersonians, idealists like Conolly and realists like Macaulay, driven by the urgent sense that one must do something—and the haunting sense that every decision seemed to be wrong. Attempts to recalibrate strategy led to fear and recriminations. Many lessons from the Great Game might have spared American lives, wealth, prestige, and morale—and preserved it for the current spirit of competition needed against a rising threat.

Over the last four years, American leaders have sought to summon the American will to meet the challenge of great power competition, this century’s Great Game, particularly the rise of China and its threat to American interests and values and those of our allies and partners. The best men and women of the past generation, the American Connollys, exhausted their talents in the greater Middle East, “places we do not fully understand, and cannot efficiently control.” The fatigue in America is noticeable everywhere except Washington, where too few have seen war and too many have a livelihood that depends on it.

Millions of Americans awakened slowly to the unpleasant reality that the lives their fathers and grandfathers lived were simply not possible. (Even to love those things that one’s father loved was now a vice and fear and self-loathing a virtue—a very different American indeed.) Meanwhile, America’s “Europeanized” global elites, pampered and insipid, continued to profit from atop a system that permitted them to have contempt for commoners and profit from exploitation—all somehow while viewing themselves as victims.

America’s adversaries have carefully observed the internal contradictions and ideological movements that have torn the country apart: not only is America’s overstretched global presence not sustainable, but the country is also being torn apart by cultural divisions from within. America’s adversaries doubtless took note long before the order was given to the greatest military in history to “stand down” to assess ideological purity in the ranks that the lone hegemon was wounded, perhaps mortally. Even many American elites are coming slowly round to the fact that its common people have always understood: empire is simply not in the American DNA. Those Americans welcome a humbler and less militarized role in the world. Put another way, many Americans believe that they have no need of hegemony beyond their own hemisphere, perhaps beyond North America.