Biden’s Afghanistan Withdrawal Is Part of a Better Strategy 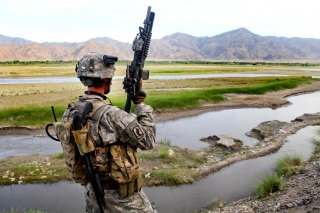 I appreciate James L. Creighton’s long career in military service including his many years in Afghanistan. I can understand his concern for the fate of the local people he worked with should the Taliban make substantial gains in the wake of the planned U.S. military pullout in September. Though I did not serve in uniform, during my decades working on defense and foreign policy issues in Washington I also met with many Afghans whose futures worry me as well. In particular, I think of the members of the Northern Alliance who had fought both the Soviets and the Taliban, and who had rallied to the United States when it first intervened to retaliate for the 9/11 terrorist attacks launched from Afghanistan. Yet, I favor withdrawal this year, as I have in past years, because the costly occupation of the country for twenty years was a mistake in strategy from the start.

Afghanistan has had a sad and troubled recent history, as Creighton recounts. Ten years of resistance against the Soviets and their puppet regime, followed by a brutal civil war over who would take control after the Soviets withdrew. Millions have died or been displaced. But the United States did not intervene to stop this carnage or to build schools and hospitals. It intervened, and will withdraw, for its own reasons.

After the Soviets left (and became defunct) there was no longer a strategic value to this poor, remote land. The Taliban, Islamic extremists backed by Pakistan, were winning the civil war when they unwisely aligned with Al Qaeda. This terrorist group had larger plans than control of Afghanistan. It launched the 9/11 attack on America as part of its fear campaign to drive the United States out of the Middle East. When the Taliban rejected President George W. Bush’s ultimatum to turn over al-Qaeda members, the United States retaliated against both groups, driving them out of Afghanistan. At that point, America had accomplished its main mission of punishing the conspirators, though it would not fully claim victory until al-Qaeda leader Osama bin Laden was killed by Navy SEALs in Pakistan in 2011. Ironically, Mullah Omar, the Taliban leader who sought to protect bin Laden, died of natural causes in Pakistan in 2013.

Creighton argues that a U.S. withdrawal will risk Afghanistan again becoming an anti-Western terrorist haven. Afghanistan, however, is far from being the only place terrorists can use to launch attacks on the American homeland. The Fund for Peace has been compiling an annual Fragile State Index for the past fifteen years. Its 2020 report places Afghanistan ninth on its list. Nigeria, plagued by Boko Haram, is fourteenth. Pakistan rates twenty-fifth, Libya is twentieth, and Syria is fourth. The number of places that could harbor jihadists is very large. The global map shows an arc of crisis, extending from Central Asia through the Middle East into Africa. The Islamic State, which inspired terrorist attacks in America and Europe, did not originate in Afghanistan. The United States cannot possibly occupy every trouble spot around the globe. And, indeed, it has not fought the war on terrorism by trying to do so. Afghanistan has not been the model. It has been a case study of lessons to be avoided. It is now time for class to be dismissed since our strategists have made every mistake in the book.

Given the radical nature of the Taliban and their record of harsh rule, they may well turn Afghanistan into a terrorist haven, but the focus of their violence will likely be against regional enemies rather than America. The Taliban want the United States to leave. They know from experience that attacks against its homeland will only bring it back with a vengeance. They do not want to repeat 9/11 because of what it cost them. It will fall on regional powers, most prominently India, to contain Pakistan-Taliban aggression, and in ways the United States could not do sitting in Afghanistan with its logistical base in Pakistan, the same country that provided the Taliban with sanctuaries that sustained their cross-border capabilities. Do American leaders ever bother to look at maps?

Some years ago, I spent an afternoon in New Delhi meeting with a group of retired senior members of India’s military and intelligence communities. A central topic was Afghanistan. The Indians were adamant that the Taliban must not be allowed to take over the country for Pakistan. It would be a rich recruiting ground for the terrorist/insurgent forces Pakistan is using to destabilize Kashmir. And in case of another open war, Afghanistan would give Islamabad “strategic depth” for the deployment of long-range weapons or counter-attack forces.

Unfortunately, after making a strong case for India’s security interests in Afghanistan, the Indians made their pitch: the United States must continue its role as the lead military power in the war-torn country. India would “support” continued intervention and nation-building by Washington but did not offer to participate in combat operations (though they did have some Afghan civil projects). This highlighted the basic problem; America has spent twenty years of blood and treasure fighting on the far side of the planet against what is only a very low-level threat to its security. Meanwhile, local powers have taken a back seat even though they have much more at stake.

The United States and India have been drawing closer. New Delhi’s alignment with Japan, Australia, and the United States in the Quad provides a powerful basis for stability in the Indo-Pacific. It also demonstrates what is most important in today’s world, great power competition and cooperation. The United States has wasted a trillion dollars at the low end of the conflict spectrum in the middle of nowhere while major threats were building in the world’s most important regions.

The war on terrorism remains important as there are still groups wishing to do us harm, but the resources of non-state actors are minor compared to what can be mustered by nation-states in pursuit of grand ambitions. State-supported terrorism in hybrid warfare poses a much more potent threat than anything non-state actors can even dream about. The upside is that escalation in great power rivalry can be deterred. Deterrence has been given credibility by the actual way the United States has conducted the war on terror; active measures including airstrikes and special operations. Al Qaeda’s strategy proved a failure. Attacking the United States does not scare Americans, it only makes them angry. The country’s global reach can turn that anger into devastating retaliation. No adversary should ever have reason to doubt that. It was significant that five weeks into his administration, President Joe Biden ordered an attack on Iran-backed militias in Syria that had fired rockets at American troops.

India has also used punitive measures against Pakistan for terrorist attacks in Kashmir and will have to be prepared for more action if Afghanistan enters the equation. Washington must back New Delhi with diplomatic and material support in a counter-terrorism strategy much more effective than occupation and so-called nation-building. Afghanistan has been called “the graveyard of empires” and Pakistan may find its headstone there as well.

The American withdrawal from Afghanistan does not mean the end of power projection or support for local allies who are better positioned to suppress radical movements and who are also valuable allies in facing the larger challenges in a contentious world. U.S. strategy must evolve and not remain in the thralls of a twenty-year-old mistake.

William R. Hawkins is a former economics professor who served on the professional staff of the U.S. House Foreign Affairs Committee. He has written widely on international economics and national security issues for both professional and popular publications