Brace Yourself for the Outcome of Biden’s China Policy Review 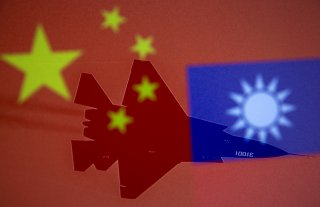 Peter Beinart’s recent New York Times opinion piece on the Biden administration’s policy toward Taiwan misconstrues the new administration’s approach to Cross-Strait relations, but even more important, fundamentally misunderstands what will be necessary to sustain stability and prosperity in East Asia during a time when China’s increasingly assertive approach toward Taiwan threatens to upend more than four decades of peace in the Western Pacific.

Beinart asserts that Biden has abandoned the “One China” policy and in particular criticizes the increasing contacts, both official and unofficial, between the United States and Taiwan. Beinart’s claim on the One China policy is contradicted by the administration’s own words; on February 3, State Department Spokesman Ned Price said “our policy has not changed.” That policy has served the interests of the United States, Taiwan, China and U.S. friends and allies in East Asia since President Jimmy Carter recognized the People’s Republic of China (PRC) in 1978. But it is important to recall the basic understanding on which that policy is based: that the dispute between China and Taiwan should be resolved through exclusively peaceful means and that neither side would seek to alter the status quo through unilateral action including by force or coercion.

That policy remains as sound today as it was forty-three years ago, precisely because it deters “reckless” behavior by all parties who have a stake in continued peace and prosperity in the region. But if anyone can be accused of “reckless” behavior, it is neither the United States nor Taiwan, but rather Beijing, which seems increasingly willing and determined to undermine the principle behind the One China policy.

Since taking office in 2016, Taiwan’s President Tsai Ing-wen and her government have lived up to their side of the understanding. Although there remain elements in the Democratic Progressive Party that advocate for independence, she and her team have made repeated efforts to reach out to the mainland for dialogue. Not only have those efforts been rebuffed by Beijing, but the PRC has intensified its military, political and economic pressure on Taiwan. Chinese military flights repeatedly challenge Taiwan’s airspace. Despite Taiwan’s extraordinarily successful effort to combat the coronavirus, arguably the most effective in the world, Beijing continues to block Taiwan’s involvement with the World Health Organization and the World Health Assembly. China threatens retaliatory sanctions against companies that do business with Taiwan.

Some people, including members of Congress and influential thinkers such as Council on Foreign Relations President Richard Haass, have argued that China’s behavior calls for abandoning one of the core underpinnings of the One China policy by making an explicit security guarantee to Taiwan. But it is important to recall that one of the key elements of the understanding reached in normalizing relations with the PRC was precisely to end the security commitment to the Taiwan government established by President Dwight Eisenhower in 1954. Reverting to an explicit, open-ended commitment would serve no one’s interest and might well trigger a war in which no one would be the winner; in this Peter Beinart is right. As someone who has been deeply involved in Cross-Strait relations over the past twenty-five years, I can attest both to the difficulty of the balancing act behind the One China policy and the remarkable success it has achieved.

But at the same time, sustaining the underlying principles of the One China policy requires adapting to the changing circumstances arising from China’s growing military and economic power and its increasing willingness to use that power to bend others to its will. To strengthen deterrence, the United States does need to demonstrate to China that it meant what it said when Congress enacted the Taiwan Relations Act in 1979. At the same time, the United States terminated the security guarantee to Taiwan: that it would “consider any effort to determine the future of Taiwan by other than peaceful means, including by boycotts or embargoes, a threat to the peace and security of the Western Pacific area and of grave concern to the United States.” But the best way to achieve this is not to alter the careful balance we have struck between Taiwan and the PRC, but rather to ensure that all sides fully understand what the United States expects from all the parties involved. These increasing contacts, both official and unofficial, between the United States and Taiwan, precisely serve this purpose. They are neither a threat nor provocation to China, but rather a means of ensuring that there is sound communication and no misunderstandings between the United States and Taiwan at a time of increasing tensions across the strait. Given the dangers of deliberate or accidental events that could trigger outright conflict, the need for those channels of communication are more important than ever and serve China’s interest as much as Taiwan’s. That is the key reason why, at President Joe Biden’s request, I joined former Senator Chris Dodd, and my Republican predecessor as Deputy Secretary of State, Richard Armitage, in traveling to Taiwan last month to meet with Tsai, representatives of the major Taiwan political parties and influential thinkers, to sustain this vital dialogue.

James B. Steinberg is a professor of social science, international relations and law at Syracuse University; from 2009-2011 he served as the Deputy Secretary of State under President Barack Obama and Secretary Hillary Clinton.