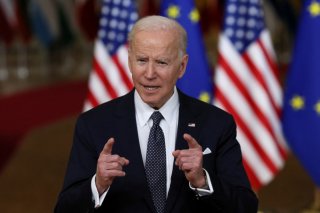 ALMOST ANYONE can sail a ship on smooth seas, but you need a steady hand on the tiller in stormy weather. So far, the Russian invasion of Ukraine is clearly the biggest storm of this century. What started as a clear grey zone conflict turned into a hot war, much to the disbelief of the international community. Examining the big picture, we must accept the fact that we are in a new cold war that is no less an existential threat to our survival than the last.

This new cold war is already radically different from the post-World War II Cold War. Both the time horizon and the battlespace will be much more multi-dimensional across the geopolitical and global economic spectrum and include grey zone activity up to and including full-on kinetic engagement. Adversarial maligned activity will exploit every opportunity to degrade and destabilize the rules-based international order. Cyberwarfare and information warfare will predominate along with the shameless use of disinformation and revisionist histories to influence susceptible audiences. To prevail in this New Cold War, the United States and its allies will need a strategy focused on disciplined and deliberate decision-making orchestrated in lockstep toward agreed long-term goals. Unwavering collective leadership and unison of voice, that survives election cycles, will prove to be one of the most essential elements. Clarity in messaging about the propriety of democratic values and the importance of abiding by a global rules-based order must leave no room for doubt.

Revisionist powers such as Russia and China are the greatest threat to the international order. Both have been setting off tripwires that we have ignored for years. Dealing with bad behavior has been too often shunned in hopes that transgressions would lessen over time. However, hope is never a good strategy. China and Russia have remained outliers and are now confidently advocating that the rules for our international rules base order be rewritten. Their version of a new order is simply not compatible with the democratic principles of rule of law and respect for human rights.

With this as a backdrop, there must be no misunderstanding, the United States and its allies—like it or not—must perform at center stage. Why? Because at the end of the day, the United States and the Western international order are still the preferred frameworks not only for us who are lucky enough to benefit from them, but for aspiring countries around the world.

Following the heady days after the post-World War II victory, the United States allowed itself to be pulled into a host of foreign interventions. Whether driven by values or hubris, most did not turn out well. The scarring effect on the U.S. psyche, compounded by finger-pointing critiques of allies, partners, and adversaries, has taken a toll. However, leading is always fraught with risks. But in this regard, it is more important to learn from mistakes than to be paralyzed by fear of making mistakes in the future. Geopolitics and world affairs will always be complicated and complex. It is simply a difficult business. However, one must own it to win it. Otherwise, those with nefarious intentions will gladly move to dominate.

Yes, democracies are far from perfect, but the system of checks and balances does evolve governments towards inclusivity and functionality with respect for human rights, rule of law, and good governance. The lack of these fundamental principles invites a Mad Max system of governance, which unfortunately is preferable to authoritarian leaders because as long as they hold onto power, they enjoy the fruits of their transgressions.

Often, to fix problems we speak of a Marshall Plan solution. What we need, however, is a new type of Marshall Plan—one that serves to repurpose our existing liberal economic order. The United States and the EU represent the largest trading block in the world, yet this economic engine is idling and not running anywhere near its full potential. The transatlantic economy, although still maturing, has produced the largest and most successful trading bloc in the world. It makes up more than 30 percent of the global economy. Not exploiting this untapped potential is irresponsible.

The Covid-19 pandemic, China’s bad behavior, and the unimaginable Russian invasion of Ukraine have underlined the importance of a vibrant transatlantic economic space where the United States and Europe can rely on each other for access for all of their needs. In a world where trade tensions and technological disruptions are rising and economies of scale are shrinking, creating a no-nonsense serious transatlantic economic partnership is too commonsensical to ignore.

Building out a much-enhanced transatlantic economic union will not be that hard if the political leadership understands the significance of the results. Strategic coordination in promoting and protecting markets, businesses, technologies, critical infrastructure, and rule of law will benefit our collective resilience. This is not about picking low-hanging fruit; it is about a new transatlantic investment treaty and a digital common market, where the United States and Europe work together on setting the rules and standards for critical technologies and interoperability. This is how we shape and prevail in the next chapters of the global economy. Including like-minded partners such as Japan, Australia, South Korea, and others, would repurpose trade in a way that would bring added wealth and increased standards of living to all. The numbers do not lie. This is the best way to compete with China and Russia, but even more, it is the best way to ensure our security.

Our strategy going forward needs to be pragmatic in recognizing that brutal despots will rise whenever left unchecked and will return to spoil again if allowed. The cost of fixing broken states is nearly always more expensive than the economic costs of being proactive in prevention. The United States and its democratic allies and partners must embrace leadership and not shirk from it. We cannot abdicate this role. Although often messy, democracy is the best and only option after considering the alternatives. There should be no apologies for doing the right thing. Quite the contrary.

The views expressed are their own and do not reflect the positions of the U.S. Government, the U.S. Department of Defense, or any of its components.