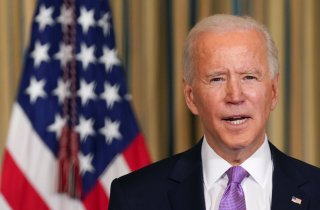 Just days into his term and with many urgent priorities, President Joe Biden has yet to outline his overarching strategy for the Middle East. While some in the United States and abroad fret that Biden’s America will disengage from the region and create vacuums that adversaries will exploit the greater likelihood is that the new administration will neither be leaving nor leading in the Middle East. The United States will continue to be present and powerful in the region, though much more selective in its engagement. Biden’s administration clearly sees its most pressing regional priority as returning the United States to the 2015 nuclear accord with Teheran, conditioned on Iranian compliance. Biden has also spoken of wanting additional negotiations to address Iran’s regional activities, as well as addressing the war in Yemen and advancing Arab-Israeli peace.

Biden and his top advisors have made it abundantly clear that their number one task is to restore international partnerships and see America’s friends play a greater role in taking on global and regional challenges. The new president also recognizes that his goals for the region will be impossible for Washington to achieve alone. This should be welcome news to the region, where the Arabs states and Israel have long resented their exclusion from the 2015 nuclear agreement brokered between world powers with Iran. America’s friends in Europe and the Middle East now have a unique opportunity to have a greater say in their own region’s affairs and to initiate new cooperative approaches to their strife-torn region.

There is, however, a fundamental problem facing future efforts to forge trans-Atlantic and multilateral cooperative approaches towards the Middle East: there are no clear existing and agreed-upon ways to do so. In each instance—be it the efforts forged to address war and conflict in Syria, Libya, or Yemen—precious time and diplomatic effort was squandered simply by establishing the venue, format, and participation for the talks rather than dealing with the actual disputes. Moreover, each one has been only partially inclusive, leaving critical stakeholders and spoilers outside.

What is most needed to tackle issues in the Middle East is a broad, all-inclusive standing regional forum encompassing all of its countries in one location. Such a venue, not unlike the UN’s General Assembly, could serve as a focal point, located inside the Middle East, and dedicated to addressing their region’s issues and providing a voice for its countries in their neighborhood’s affairs.

This Middle East forum should convene under the auspices of a respected international figure, such as the UN secretary-general or his designee. While it would welcome participation by all the region’s countries, participation would not imply or require recognition or relations among its members. Thus, adversaries such as Iran, Saudi Arabia, Syria, Israel—would all have a rightful place at the table.

While led by and serving a Middle East agenda, the forum would need to recognize the region’s challenges and conflicts, as well as its potential remedies, are not hermetically sealed off from the outside world. Thus, to be effective and link itself to global stakeholders, the body should invite a small cluster of nations, such as the rotating fifteen members of the UN Security Council, to attend as observers. Hence, the United States, Europe, Russia, and China, among others, would all be present, yet unable to impose their respective agendas upon the forum.

Recognizing the deep animosities and conflicting perspectives, any regional dialogue at the forum should begin gradually and with a modest agenda. It could start off addressing a wide range of immediate, shared, transnational challenges—from maritime and airspace deconfliction to coronavirus relief to climate change. It could also serve as the address for any structured dialogue with the region envisioned by the Biden administration.

This forum could appear to skeptics as another talk shop for countries to posture and simply point fingers at their adversaries. Yet no such regional platform exists even for that—for officials from states unprepared to sit together or talk, to start to air their perspectives and concerns in a shared space.

In doing so and over time, Middle Easterners would be able to identify their many areas of convergence, not just contention. Indeed, the forum’s most important work would likely occur in its corridors and back-rooms, not in its central body. Thus the forum would become the natural go-to address for desperately-needed quiet regional shuttle diplomacy, especially during urgent regional crises.

The value of having a standing and regularized body for regional dialogue was vividly demonstrated several weeks ago, on Jan. 5, 2021, when the Alula agreement ended the rift between Qatar, Saudi Arabia, the UAE, Bahrain, and Egypt. What made this regional accord possible was the existence of a more narrow regional forum—the Gulf Cooperation Council—whose annual summit occasioned the resolution to their bitter conflict, with members such as Kuwait, working tirelessly in the background to prepare the summit’s positive outcome.

A Middle East-wide forum would enhance its success, however, by starting off with a modest, incrementalist, step by step approach. It could facilitate dialogue and transparency on a range of short-term measures, engendering momentum to then take on other more complex items, such as regional arms control. This could also help shape a shared vision and set of expectations in approaching more ambitious security, economic, and political challenges.

This approach was precisely the way that a deeply polarized and highly militarized postwar Europe undertook a multiyear process of regionwide dialogue that evolved into a set of understandings that built confidence, stabilized the region, and helped set the stage for a broad set of accords that all of the region’s countries were able to adopt.

Europe, proximate to the Middle East and invested in the region’s economic and security concerns, has much to offer by way of its own collective experience. A small number of Middle Eastern and European states that enjoy strong-long standing relations across the region’s divides, working quietly and cooperatively beneath the radar, could play a critical role right now in preparing the groundwork for a more comprehensive multilateral approach to the region’s myriad security challenges.

The Middle East continues to face an abundance of challenges and conflicts that show no sign of rectifying themselves. By creating a Middle East Forum that would serve as a shared commons for the region’s countries to exert a new and greater voice in their own affairs, one could envision a Middle East in which regional partners play a larger and constructive role in addressing the region’s challenges. Such an outcome would not only benefit the region itself, but it would allow the United States to focus on other pressing domestic and national security concerns.

Robert Danin is a senior fellow at the Harvard Kennedy School’s Belfer Center’s Future of Diplomacy Project. He spent over twenty years working on issues related the Middle East, including senior positions at the State Department and the National Security Council.