The Mirage of Reaching a Nuclear Agreement with Iran 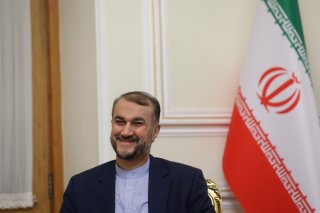 The seventh round of nuclear negotiations with Iran failed last week. While the teetering talks that seem to be on life support resumed on Thursday, the pattern of failures, despite Tehran’s last-minute, albeit empty, gesture, shows that it is naive to believe that the regime intends to reach a serious deal with the West. What's past is prologue: Tehran will never agree to abandon its nuclear weapons development activities.

Underscoring a growing sense of pessimism, U.S. secretary of state Antony Blinken declared that "Iran right now does not seem to be serious about doing what's necessary to return to compliance." Germany added that it is unacceptable that Iran is advancing its nuclear capacity in parallel with the talks.

Meanwhile, regime officials continue to strike a defiant tone. Qassem Mohebali, the former Middle East director-general of Iran’s Foreign Ministry, said in an interview that the regime will continue to develop its nuclear capabilities "in accordance with its own needs." Iran is likely to continue on a path toward a "point of no return," when it will acquire all the technology required to produce nuclear weapons and enrich uranium to 90 percent purity.

"I have repeatedly said that I believe in and hope for the emergence of a young and Hezbollahi government," Supreme Leader Ali Khamenei said in a speech in May 2019. That sentiment forms much of the basis for Khamenei's strategy. For this reason, during the 2021 presidential elections, all of the regime's serious candidates were disqualified to pave the way for the ascendance of Ebrahim Raisi. In an astonishing development, even the former speaker of the parliament and Khamenei's own advisor were disqualified to pave the way for a "Hezbollahi" government.

In Khamenei's parlance, Hezbollahi simply means an executive branch that is entirely and unyieldingly subservient to him.

Still, Khamenei did not handpick Raisi simply because he wanted to. Khamenei had no other choice. There have been several significant uprisings in Iran since 2018 and the socio-economic situation on the ground continues to worsen, promising more social unrest on the horizon.

Installing Raisi is a counterpunch to that imminent eventuality. By closing ranks and consolidating power through Raisi, Khamenei wants to have an open hand to suppress dissent quickly. At the same time, he wants no interruptions or irritating internal quarrels as he ramps up the regime's nuclear and missile programs while continuing its regional meddling and terrorism. In this respect, Raisi and his clique are the most subservient to Khamenei and his policy preferences.

In the same interview, Mohebali stated that the current goal of the regime is to return to the 2015 agreement, formally known as the Joint Comprehensive Plan of Action (JCPOA). In this agreement, Iran maintained its nuclear infrastructure while continuing its missile development program and oil trade. It used the windfalls to fund a vast network of terrorist proxies and militias that wreaked havoc across the Middle East.

Enriching uranium at 90 percent purity is undoubtedly a strategic objective for Tehran. However, an additional step remains before nuclear weapons production can begin, and the regime still has to decide to take this step. This dynamic explains why the regime is trying its utmost to prolong the negotiations, stall, cheat, and deceive the international community, as it has done ever since the opposition Mujahedin-e Khalq (MEK) revealed the existence of its previously clandestine nuclear weapons program in August 2002

"The thing that can guarantee the survival of the 2015 agreement is Iran's national power," said an Iranian analyst close to government circles. By that, he meant maintaining the nuclear capabilities so that if the Americans sought to up the ante again, the regime would move towards 90 percent enriched uranium. That would be coupled with strengthening the country's "defense" capabilities (such as missile and drone production) while reducing its vulnerability to sanctions.

Another source close to the Iranian regime opined that in order to prevent another U.S. president from breaking the deal, Iran should warn that it will build a nuclear bomb and set Saudi Arabia on fire if the deal is broken.

Regime theorists believe that through blackmail and posturing, albeit from a hollow position of strength, Tehran might be able to extract the concessions it seeks, including the lifting of all sanctions, without upholding its commitments under the JCPOA or reversing its intransigence.

Tehran is returning to Vienna, but the revival of the nuclear deal may be a mirage as the talks and the regime's nuclear weapons program continue in parallel.

The only way to prevent a nuclear Iran, as the leading Iranian opposition figure Maryam Rajavi has insisted, is to demand the dismantling of Iran's entire nuclear infrastructure, anytime and anywhere inspections, and the reimposition of the six now-suspended UN Security Council resolutions. Otherwise, the regime will continue to deceive the world while clandestinely working to reach the point of no return. That would be a recipe for disaster.