The New Nuances of the Nuclear Export Market 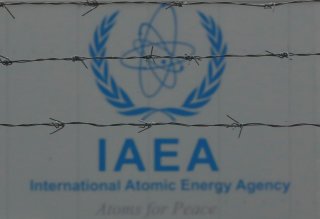 The U.S.-South Korea nuclear relationship has recently drawn new attention as an area in which the two governments could deepen their cooperation. While their views are not identical, Washington and Seoul share concerns about climate change and non-proliferation; the two countries also share competitors. Their primary competition is Russia and, to a lesser extent, China, which have emerged as leaders in the global market for nuclear power. Despite the challenges of their differing circumstances and perspectives, South Korea and the United States could each benefit from stronger civil nuclear cooperation.

Nuclear cooperation between South Korea and the United States goes back to February 1956, when the two parties concluded a “Nuclear Cooperation Agreement on the Non-Military Uses of Nuclear Energy.” In 1972, they signed an “Agreement for Cooperation between the Government of South Korea and the Government of the US concerning Civil Uses of Atomic Energy,” also known as a ‘123 Agreement.’ South Korea-US bilateral cooperation in nuclear energy has gradually developed over decades, with five years of talks between the Park Geun-hye administration and the Obama administration leading to an upgraded 123 agreement. South Korea’s government appreciated the 2015 agreement because it allowed more leeway and flexibility in enriching uranium and working with spent fuel. The agreement also reflected Korea’s strengthened position in both nuclear technology and nuclear diplomacy.

South Korea currently operates twenty-four reactors (23,150 MWe) and is building four more reactors. The Moon Jae-in government shut down the country’s two oldest reactors, Kori 1 and Wolsong 1, not long after entering office. South Korea has been active and even aggressive in exporting its technologies while building an extensive list of nuclear cooperation partnerships. Most visible has been its relationship with the United Arab Emirates, where South Korean firms recently completed the second of four APR-1400 nuclear reactors at Barakah. Unit 1 began generating electricity in 2020 and Unit 2 is now loading fuel.

The United States remains the largest producer of nuclear energy in the world, having ninety-four operable reactors (96,553 MWe) and two reactors under construction in Burke County, Georgia. Plant lifetime extension programs have contributed to maintaining generating capacity despite little new construction. As of January 2021, the United States has twenty-four 123 agreements in force, though individual agreements vary and some are more rigorous in applying non-proliferation standards. Geopolitical calculations explain much of the variation among 123 agreements, including differences in so-called back-end fuel cycle policies to manage spent fuel, a potential source of fissile material for nuclear weapons.

Meanwhile, there have been some significant changes in the world nuclear market over the past decade. First, global nuclear power capacity has not gone down significantly despite the 2011 Fukushima nuclear accident, which seriously damaged the credibility of the nuclear industry. Instead, total world nuclear power capacity is still increasing, with approximately fifty reactors under construction.

China has produced eye-opening increases in domestic construction and demand is growing in emerging market countries, especially in Asia. The U.S. presence in the world nuclear market has declined significantly, whereas alternative producers such as Russia, China, and South Korea have loomed larger. Russia is a maverick in the nuclear export market because it is the only country that offers take-back service for spent nuclear fuel (SNF). Russia’s relatively inexpensive reactors and its SNF service has made its nuclear plants popular; China’s cost-effective reactors could also become globally competitive.

Within this context, the Atlantic Council’s Stephen Green and Jennifer Gordon, and Columbia University’s Matt Bowen, have called for closer nuclear cooperation between the United States and its ally, South Korea.

The U.S.-South Korea nuclear relationship has strengths and weaknesses. First, let’s take the bright side. South Korea and the United States have successfully kept their alliance robust over decades, which made it possible for them to align strategic interests, values, and principles such as non-proliferation. They have extensive people-to-people contacts not only in the policy field but also in the technology and business sectors. As a result, they understand and trust their counterparts.

There are also many opportunities for South Korea and the United States, such as in developing Small Module Reactors (SMRs). In August 2020, the U.S. Nuclear Regulatory Commission completed its design certification review of a NuScale SMR; the U.S. firm NuScale has a strategic partnership with South Korea’s Doosan Heavy Industries & Construction. Sales of the NuScale SMR in the United States and internationally could advance both countries’ commercial interests and contribute to spreading strong U.S.-Korea nonproliferation standards. Also, this cooperation could inspire other potential business partners on each side who have technological complementarities. Cybersecurity of nuclear facilities could also be a promising field for the two to cooperate.

Certainly, South Korea and the United States will also need to overcome some weaknesses. Bowen emphasizes the restrictions on Foreign Ownership, Control, or Domination of commercial nuclear power plants in the Atomic Energy Act as an obstacle, and suggests that the U.S. Congress amend this restriction. In South Korea, growing public concern about nuclear safety of nuclear power and ideological opposition to nuclear energy are big hurdles. Strategic cooperation with the United States could offset some public anxiety.

Differences over policy toward North Korea’s nuclear program could also be an obstacle to U.S.-Korea nuclear cooperation. Denuclearization cannot be achieved with one magical click and will instead require trust, patience, and rigorous inspections. Seoul and Washington can have different and even conflicting views on this and will have to manage the volatile issue very carefully so that it does not undermine commercial cooperation between South Korea and the United States.

Looking ahead, the two countries could benefit from diversifying their dialogue channels and broaden their international partnerships. Beyond government-to-government dialogues, for instance, it could be very helpful to have more exchange between the two countries’ legislators, who are key players in setting the rules for nuclear collaboration. Seoul and Washington could also consider extending their strategic partnership beyond bilateral cooperation, to include third countries such as Kazakhstan, Mongolia, Indonesia, and the UAE. Each of these countries has similar geopolitical interests with the United States and South Korea in terms of balancing the influence of China and Russia. Kazakhstan and Mongolia have rich uranium resources. Indonesia has a greater experience in nuclear technology among southeast Asian countries and wants to reduce its heavy dependence on coal for power generation. The United Arab Emirates has Korean reactors already and adopted a nonproliferation “gold standard.”

Working together, the  United States and South Korea can build a brighter and safer future for nuclear power and for themselves.

Eunjung Lim is an associate professor at Division of International Studies, Kongju National University, and a board member of Korea Institute of Nuclear Nonproliferation and Control.