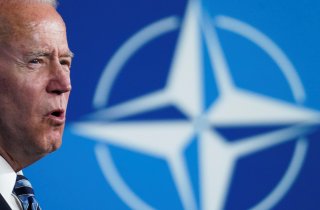 The International Institute for Strategic Studies recently published an article titled Misplaced Restraint: The Quincy Coalition Versus Liberal Internationalism in Survival, its house journal. The article’s authors, Daniel Deudney and G. John Ikenberry, fire broadsides at what they call a profoundly deficient “understanding of the wellsprings of American success in the twentieth century,” by a group of domestic libertarians, foreign policy realists, and anti-imperialist left, under the banner of “restraint.” This group of restrainers is changing the conversation because they are “haunted by the Iraq war” and their “unifying objective is avoiding another Iraq War and curtailing American military interventions,” according to Deudney and Ikenberry. The authors argue that the restrainers are “united in opposing the project of American liberal internationalism, manifest in a system of rules, institutions and partnerships that the United States has built and led over the last seventy years.”

The most scathing parts of the article focus on foreign policy realists. The authors claim that after the Cold War realism seemed obsolete as great-power competition seemed to be over, so “American realists soon found a new role as critics,” and opposed NATO expansion and humanitarian missions, as well as nation-building adventures in Mesopotamia, arguing that American interests are not at stake. This is a bizarre claim. Realists did not seek to “find new roles” as they knew this post–Cold War liberal democratic peace was a political abnormality and would not last. It was utopian to think that history ended, and prominent realists including Robert Kaplan, Kenneth Waltz, and John Mearsheimer argued at that time against both sociological complacency and imperial overstretch, which seems prescient and ahead of time if reflected upon now.

Realists argued that left unchecked, NATO expansion would lead to an increasingly revanchist Russia and prove to be unsustainable. Its sustainability would be questioned as more and more small states sought out NATO’s umbrella to save them from increasing Russian revanchism, which would prove to be a burden on the alliance. No one even remotely sensible can argue that having Montenegro in NATO does anything for burden-sharing. NATO was supposed to be an alliance of equals based on a similar threat, not a protection racket or club to defend small satellites in faraway regions, or a club to spread liberal institutions. Hungary and Poland did not turn liberal-democratic, and Ukraine and Georgia’s fates were always sealed due to geography, a variable that liberals consistently seem to underestimate in their analysis. The United States or Western Europe (especially France and Germany) will not go to war with a nuclear power, nor should they want to be dragged to war by smaller powers on the periphery.

Likewise, realist aversion to social engineering and nation-building from Somalia to the Balkans, to Iraq and the greater Middle East were proved to be right over time. Intervention and nation-building in Iraq and Afghanistan resulted in trillions of wasted tax dollars as well as thousands of lives lost and maimed. Intervention and proxy war in Libya and Syria turned the region into slave markets and human-trafficking hubs wrecked the stable buffer zones between Europe and Africa, resulted in one of the largest mass migrations in the history of humanity, led to the rise of far-right tendencies in Europe predicated on a fear of irreversible demographic change, and possibly even proved to be a catalyst to Brexit.

The authors bafflingly argue that the entire Iraq war fiasco was essentially a realist project trying to preserve primacy in the Middle East. This is prima facie absurd and the evidence to the contrary is overwhelming. The post–Cold War liberal internationalism was never just about Iraq. Years ago, Stephen Walt wrote about how neoconservatives such as Dick Cheney and Paul Wolfowitz were qualitatively no different than liberals like Tony Blair and Hillary Clinton, and that neoconservatives are essentially liberals on steroids. Both of those groups shared an internationalist instinct to spread democracy, and shape societies, by coercion and force if necessary. Likewise, Patrick Porter previously wrote about how the Iraq war was a liberal war.

British prime minister Tony Blair’s speech in Chicago on Kosovo, force and international criteria for intervention was instrumental behind British bandwagoning with this American project of democracy promotion, which in turn was to shape feudal societies and spread freedom and democracy, and most importantly, to roll back authoritarianism and defeat dictatorships. Arguing for “a just war, based not on any territorial ambitions but on values,” Blaire argued for the continuation of a Clintonian Democratic Peace Theory. “We will need a new Marshall plan for Kosovo, Montenegro, Macedonia, Albania, and Serbia too if it turns to democracy. We need a new framework for the security of the whole of the Balkans,” Blair said. It was a call for a relentless global crusade based on values, without regard to history or geography, and without the support of a significant portion of the British (or American) population.

Recently, Samantha Power highlighted in her book The Education of an Idealist, how she, Susan Rice, and Hillary Clinton overruled then-senator Joe Biden and former Defense Department Secretary Bob Gates to persuade then-President Barack Obama to intervene in Libya. The declared cause behind the intervention was not to increase British, French, or American geopolitical influence but to “save civilians.” The Washington Post’s collection of internal documents, known as The Afghanistan Papers, showed that for a significant majority of the leadership, the Afghanistan war was a confusing mess between warfighting, and nation-building and women’s rights, an instinct evident in the outbursts and lamentations of Mark Milley, America’s top military officer, and former director of the Central Intelligence Agency and retired Army Gen. David Petraeus, as well as prominent liberal think tanks.

Whatever their moral flaws might be, realists are neither hyper-emotional about human rights nor are they utopian about social engineering on a mass scale, and to try and pin the War on Terror on anyone other than liberals and neoconservatives is an act of intellectual skulduggery, that tests the limits of an average reader’s intelligence.

The authors conflate and subsequently debate “restraint,” which is a grand strategy, with “liberal-internationalism,” which is at best a political ideology, and at worst a faith in a certain version of human history. The simple reason restraint is ascendant, and a myriad coalition of groups now support a diminished American primacy, is because primacy inevitably fails. It hollows out a great power from within, diminishes relative as well as aggregate power, wastes blood and treasure in pursuit of utopian aims, benefits foreign free-riders, and helps in the rise of adversarial powers. The restrainers“would also diminish the prospects for liberal democracy and human rights globally” and restraint often results in “regressive tendencies,” according to Deudney and Ikenberry. But that is not within the capability of any great power or even the strongest of empires in history. If liberal-internationalism and “progress” result in one-directional global wealth redistribution in the name of foreign aid, human rights, and nation-building, at the same time when domestic priorities are hollowed out and the southern border is under siege, it is no wonder that there's a major reaction, so to speak. The American people are clearly more grounded and realist, than the utopians in ivory towers.

“Ideas matter,” the authors declare, adding that “(t)o the extent that foreign-policy schools are—or can be—associated and implicated in costly failures, they are discredited. And foreign-policy schools offering compelling diagnoses of the sources of these failures and policies to avoid their recurrence gain credibility and influence.” Surveying the state of affairs at the time of writing this essay, the Taliban are on the verge of retaking Afghanistan, with the Afghan National Army which was trained and armed (for over twenty years with American money) dissipating, and hundreds of thousands of military age Afghan males from the major cities fleeing to European borders instead of taking up arms to fight. In Libya, the son of Muammar el-Qaddafi, Saif-Al-Islam is planning to run for the presidency, with former rebels joining his rank lamenting that Libya was better under a stable authoritarian hand—a fittingly ironic endgame to a disastrous saga. In both Tunisia and Egypt, the military is back in power crushing the Islamists and Muslim Brotherhood and the indifference of the West is only testament to the jaded realism after the horrors of democratic experimentation. In Syria, President Bashar al-Assad Assad is firmly entrenched. Meanwhile, in Europe, border walls are up to stop further mass migration from Africa and the Middle East.

The failure of Arab Spring, the return of the Taliban in Afghanistan, and the rise and return of reactionary forces in Central and Eastern Europe as well as Russia, damage some core theological assumptions of the religion called “liberal-internationalism.” It demonstrates that some regions are not going to be either liberal or democratic in the near foreseeable future; that some semi-feudal lands are a by-product of specific cultural and historical traits which shape them, and not the other way round; that culture cannot be changed without colonizing and educating generations for centuries; that common men and women have reactionary instincts about faith-flag-family and evangelical liberalism and democracy perhaps do not go together often (as some earlier era liberals like Walter Bagehot understood); that in some culture women's rights are not fought for and sexual liberation isn’t a given; and that from some regions, military-age men flee en masse, rather than fight for their country.