The Quad’s Survival Depends on Managing Security and Trade Troubles 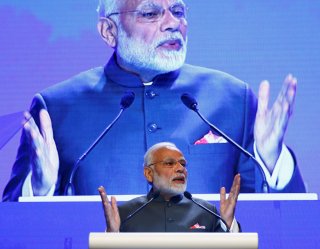 No power in Asia or in the Indo-Pacific region is emerging to be as crucial to American interests in the region as India. New Delhi, too, seems receptive to this new relationship. Prime Minister Narendra Modi’s recent visit to the United States and meeting with President Joe Biden certainly echo this. Delhi-Washington ties are poised to emerge as one of the closest security partnerships in the world. However, to realize this vision and define a strong Indo-Pacific axis, both must build their partnership based on the Quadrilateral Security Dialogue narrative while enunciating a bilateral relationship that truly encapsulates the potential of their “Comprehensive Global Strategic Partnership.”

Making the Partnership a Force Behind Quad

The recent meeting between the two leaders marked their first in-person interaction; it came as a crucial development renewing the India-U.S. partnership under Biden while mapping a new plan for the future. Importantly, the leading agendas for their relationship were identified as building a strategic partnership, working with regional forums like the Quad, enhancing a trade and investment partnership for “Global Good” which tackles the coronavirus and builds their democratic connect via increased people-to-people interactions. In essence, management of the post-pandemic order, parity in the vision to tackle revisionist China and strengthening bilateral ties to make a statement in the Indo-Pacific are quickly becoming the high points of India-U.S. cooperation. Yet, both countries still lack absolute confidence in each other and the bilateral ties are yet to optimize to reach a truly “global” potential.

The Quad leadership summits—both the virtual consultation in March 2021 and the in-person meet in September 2021—were landmark meetings focused on specific agendas that the grouping set to enable concrete cooperation between the four members regionally and globally. Vaccine diplomacy, emerging technology, and climate cooperation were highlighted as the chief areas for collaboration in March. The recent meeting generated added commitment to increased cooperation in cyberspace, infrastructure coordination, people-to-people exchanges, North Korean denuclearization, and the situation in Kabul. Considering this comprehensive plan and United States’ robust treaty alliances with Japan and Australia, the Quad is poised to evolve into a much more collaborative multilateral framework with specified domains and programs.

Yet, the future evolution of the Quad—and whether it is successfully institutionalized as an effective formal mechanism in the region—will invariably depend upon whether India and the United States can find added synergy in their respective thinking and Indo-Pacific policies. In other words, the fortune of the Quad is heavily dependent on the management of strategic thinking between India and the United States, and any loophole or gap in this bilateral cooperative thinking will come as a setback to weaken the Quad process, adversely impacting the democratic world and its practices. New Delhi and Washington must thus build synergy based on a Quad management plan that ensures the special and rather unique security partnership between them which is capable of driving the Quad process for “Global good”—the namesake of their latest statement.

India and the United States have already made strides in enhancing their Indo-Pacific connect based on their commitment to a free, open, and inclusive region. To grow their partnership into an effective one requires not only an ambitious and far-reaching vision but also a substantial and tangible plan of action. Such a plan must be based on a leadership framework that not only ensures the survival and progress of the Quad, but importantly, it should make the Quad a much stronger, solidified, and significant multilateral (or rather, minilateral) framework that can upset any regional power expansion efforts of an authoritarian nature.

Dedicated focus on certain critical areas is crucial to establishing a stronger foundation for the Quad. This includes areas like establishing a stronger regional security agenda; securing resilient value-based supply chains regionally and globally; resilient and sustainable infrastructure investments in the region, emerging technology, and tech governance; and formulating a strong democratic narrative in the international order. Several of these domains already form focal areas of the India-U.S. partnership and featured prominently in the bilateral leaders’ joint statement released recently, enunciating on the “special bond” shared by the two countries. Both the United States and India will need to initiate robust programs for cooperation to take forward the Quad focus of their partnership.

A Quad-based Security Agenda in the Indo-Pacific Region

To see objectively, the United States and India must establish a stronger security agenda for the Quad, which could assist the grouping to aim towards securing and stabilizing the region from unilateral activities and policies. To this, the recently announced AUKUS (Australia-United Kingdom-United States) security alliance comes as a significant development, aiming to help equip Australia with nuclear-powered submarines technological capabilities, which will notably strengthen the potential for the four like-minded countries to play a greater role in the security of the region, and at the same time, reshape the geopolitics of the Indo-Pacific region.

Besides, the alliance is likely to quell India’s concerns in its backyard, particularly as more of India’s strategic partners gain strength vis-à-vis an aggressive and increasingly powerful China. Simultaneously, AUKUS also comes with a window of strategic opportunity for India; while the United States has ruled out adding India or Japan to the security alliance, India’s cooperation with AUKUS, even in an indirect manner, could considerably further New Delhi’s Indo-Pacific outreach, contain China’s aggressive actions in the region, and strengthen the India-U.S. relations further.

While Japan and South Korea are critical to U.S. security management diplomacy in Northeast Asia as its security allies, and Australia is another alliance partner critical to America’s Anglo-American alliance politics that the AUKUS recently reaffirmed; India promises much more. Via New Delhi, the United States could build a prospective alliance leadership framework in the democratic world, bridging the gap between powers of North and South.

A U.S.-India Quad management framework should focus on the security and stability of the supply chains, an issue that has received much attention since the coronavirus pandemic that revealed global over-dependence on China and China-centric supply lines. These concerns were notably echoed in the Quad Leadership Summit, which partially focused on the urgency to cooperate on critical technology supply chains. Such realization has directed attention toward the “China Plus One” movement, which has gradually but increasingly been adopted by private companies and countries across the world as they adapt to a post-pandemic order and seek to insulate themselves from future disruptive events. In this context, the India-Japan-Australia-led trilateral Supply Chain Resilience Initiative (SCRI), seeks to de-risk supply chains and create a sustainable global supply chain network and could mark a shift in policy towards collective bids at implementing a “China Plus One” outlook.

More importantly, supply chain cooperation was identified as a new and critical part of the Quad’s agenda in the first in-person Quad leaders’ summit on September 24. That’s when leaders from India, Japan, Australia and the United States highlighted the importance of ensuring the continued global supply of vaccines under open and secure supply chains. Vaccine access is far from the only area of focus under supply chains; the Quad also committed to collaborating to build “resilient, diverse and secure supply chains of critical technologies,” especially semiconductors, through market-oriented and transparent policies. Responsible, resilient and green clean-energy supply chains under the Quad’s climate change mandate form an added area of focus, which paves way for future connections with national initiatives like South Korea’s Green Deal and global commitments like the SDGs.

In this context, the SCRI could play a major role as an initiative already in the works and act on its outlook of “expansion…based on consensus” and work with like-minded countries, such as the United States. In fact, viewed from economic dimensions of a potential management framework, active participation by the United States comes as a must, considering the integral role Washington plays in the Global Supply Chain network. However, for such a focused cooperation to take shape, India and the United States must necessarily strengthen their economic relations. This will require continued dialogue between both states to negotiate and resolve differences, and more importantly, a willingness to make certain compromises to gain advantages in their regional interests and objectives. A stronger supply chain connect will not only help contain China’s emergence as a technological power (in addition to its economic power), but help overcome the United States’ supply chain vulnerabilities and enhance India’s global position in the supply chain nexus (via its domestic focus under the “Self-Reliant India” initiative).

An increased focus on building resilient and sustainable infrastructure in the Indo-Pacific region is required. The Quad’s statement in March notes that infrastructure has continued to be a key collaboration domain highlighted in the recent Quad meet. Both India and the United States share an interest in sustainable infrastructure and connectivity financing under the G7 (plus three) and the G20 forums. In fact, New Delhi is considering participating in the Biden-proposed Build Back Better World (B3W) initiative that aims to defend rules-based order through transparent and resilient sustainable infrastructure programs. China has a definite edge in this area with its massive Belt and Road Initiative, and the success of the Quad or B3W (or the Blue Dot Network comprising the United States, Japan and Australia for that matter) will require a clear plan of action.