How to Implement a Post-Pandemic Recovery Process During a Pandemic 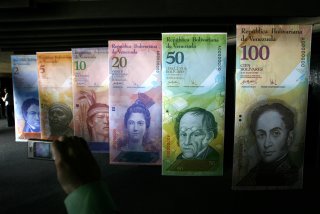 The harmful effects of the coronavirus pandemic on the Latin American economies can hardly be exaggerated. As the number of firms going out of business skyrockets, the ensuing recession is deeper, unemployment has increased faster, and poverty has spread farther than in any other region. Predictions of another “lost decade” are daunting yet plausible. Perhaps such a decade is already here.

On this account, experts have raised different issues to be addressed in order to mitigate the crisis and expedite a post-pandemic recovery. Critically low levels of state capacity, pervasive informal labor markets, stubborn inequality, and broken public health systems, among others, have been identified as some of the region’s intractable problems. Indeed, to correct those flaws—essentially, a political challenge—would help the region go back on its feet.

I join this ongoing discussion with a complementary argument on how to speed up post-pandemic growth: by deepening integration to promote trade, attract investment, and create jobs. The reference to the lost decade is not a metaphor but a useful lesson, as the current time is reminiscent of that of the 1980s, a recession then caused by the debt crisis. At the time, however, Latin America walked into the 1990s with a lively debate on trade and integration, also a politically controversial issue that nonetheless generated important policy innovations—exactly what is urgent today.

Much of that impulse, in fact, came from Washington. In the early post–Cold War period, George H. W. Bush had placed trade at the center of his agenda on international cooperation, laying the intellectual groundwork for the WTO, eventually established in 1995. Specifically for the Western Hemisphere, in 1990 he launched the “Enterprise for the Americas Initiative,” an effort meant to create “a free trade zone from Alaska to Tierra del Fuego.”

The Initiative acted as a conceptual framework, providing for timely decisions and creative policymaking—a credit line managed by the Inter-American Development Bank (IDB), the Brady Plan for debt relief, and, more significantly in the long term, the promotion of free trade agreements. Bush thus gave impetus to the North American Free Trade Agreement (NAFTA), which he got signed just days before the end of his term.

The idea of deepening integration was later carried out by the Clinton and the George W. Bush Administrations. NAFTA would be the model for other similar arrangements in the region. U.S. agreements with Chile, Central America (CAFTA), Colombia, Panama, and Peru followed, all under successive presidents of both parties. Consider also the creation of Mercosur, the Andean Community—which deepened the already existing “Andean Pact”—and more recently, the Pacific Alliance. If a person were to draw all these regional blocs on a map, then the picture would speak for itself: a continent integrated over virtually its entire geography with trade density.

And yet, the continental integration project expressed by the FTAA-ALCA never came to fruition. Hugo Chávez, who was president of Venezuela until he died in 2013, buried it at the 2005 Summit of the Americas in Mar del Plata. In December 2004, ALBA had been founded in Havana—the first step in the Castro-Chavista multilateral strategy. Later came Petrocaribe, UNASUR, and CELAC, all intended to project Venezuela’s power, protect the Castro regime, and neutralize Washington’s influence. Admittedly, this all came about due to crude oil prices over barrels that were $100 each—a framework that was therefore unsustainable in the long term.

This story should compel people to engage in counterfactual speculation. If the idea of the FTAA-ALCA had flourished then, would the continent be better or worse off today? Would Latin America have greater or fewer material, political, and institutional resources to undertake effective public health strategies while at the same time mitigate the devastating economic effects of the pandemic? And more importantly, would an integrated continental economy like the one proposed in 1990 speed up the recovery?

The answers are obvious. Thriving trade is necessary to attract investment, without which there is no job creation. A crisis is always an opportunity and this one is no exception. The challenge of the Americas is to revalidate that Bush 41 initiative, the map of the Americas’ regional blocs from Alaska to Tierra del Fuego illustrates this point. This requires a gradual harmonization of the already existing agreements; the old protectionist clichés will not lift the region’s economies out of stagnation.

The good news is that there is reason for hope. For all its protectionist rhetoric, the Trump administration pushed for a new NAFTA, the USMCA agreement, ratifying the original partnership. The Biden administration has an opportunity to follow suit. Continental trade has always been bipartisan in Washington, the FTAA idea is the best illustration. Bipartisanship is a scarce and badly needed commodity today.

In Latin America, left-wing rhetoric has not been accompanied necessarily by protectionist policies; Mexico is perhaps the most relevant example. Only the Argentina of Fernandez and Kirchner—an administration wed to old dogmas—objects to this long-standing pending task. In Brazil, for its part, Itamaraty is determined to push for the transformation of Mercosur into a “building block” for global trade once and for all, not a “stumbling block,” to paraphrase the perennial discussion on regionalism in the literature.

Colombia, in turn, is holding the Pro Tempore Presidency of the Pacific Alliance and the Andean Community, a favorable scenario for addressing the issue of harmonization. At the same time, President Iván Duque Márquez has sponsored the “Inter-American Business Charter” at the OAS, an instrument conceived to discuss the fundamental guidelines for economic and social recovery in the region. The trade-investment-employment triad should be the conceptual anchor of this endeavor.

The IDB, in turn, has placed intra-regional trade expansion at the top of its agenda. It is the source of optimism to have the hemispheric system’s main lending institution on board in the context of this severe recession.

Relaunching the FTAA-ALCA would be an effective tool for hastening this recovery. If it was an essential initiative in the 1990s, then in today’s crisis it is imperative. The Inter-American system, starting with the OAS and the IDB, has a fundamental role to play in this undertaking. The recovery cannot be delayed.

Hector Schamis teaches at Georgetown University's Center for Latin American Studies. He has published books and articles on topics such as privatization and state reform, populism, authoritarianism and democracy, as well as on US-Latin American relations.