Revisit and Revamp: Why Biden Must Re-Examine America’s Great-Power Struggle 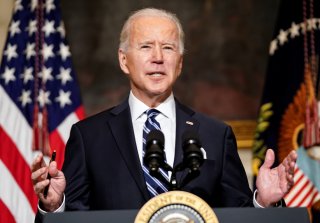 Over the past few years, great-power competition has become the organizing principle for U.S. national strategy. The 2017 National Security Strategy (NSS) codified growing discussion that the United States is in a great-power competition with both China and Russia. Since then, U.S. policymakers and strategists have relied on GPC to orient national strategy. This concept also is the organizing principle behind the summary of the 2018 National Defense Strategy (NDS) and the Joint Chiefs of Staff’s overview of the National Military Strategy released in 2019.

As a new administration enters office, there have been discussions about whether the great-power competition concept may be altered, or even jettisoned altogether. Questions also have emerged about the degree to which the United States should be focused on China over Russia. Moreover, great-power competition focuses on great or major powers rather than small states, which constitute the majority of the international system and frequently raises questions among observers about their potential alignment with competitors. So what issues should the new administration prioritize?

First, regardless of the particular phrase the Biden administration decides to use, U.S. strategic competition with China and Russia will likely continue for the foreseeable future. Over the past decade, an increasingly tense dynamic has come to define the U.S-.China relationship across a number of dimensions. While China’s rise often eclipses the threat from Russia, the recent hacking of U.S. government systems reminds observers that Russia’s competitive activities, even when asymmetric, have wide-ranging effects.

Second, U.S. policymakers should reframe great-power competition to focus beyond the adversarial dimension of international relations. That Russia and China compete with the United States is self-evident. At the national defense level, the United States has focused on increased the lethality of the military services and acknowledged its reliance on alliances and strategic partnerships. Yet, this focus on competition has, to some extent, obscured how competitors also cooperate while allies compete with each other.

Given this reality, Washington should devote more attention to the interconnected, cooperative nature of international politics and economics and the implications for U.S. national strategy. Some strategists, such as Ashley Tellis, acknowledge the degree of economic interdependence between the United States and China and observe that a meaningful effort to reduce China’s growth “would require the United States to suffer losses in its own prosperity and welfare.” Meanwhile, the United States and China have converging interests in some regions, such as secure Indian Ocean sea lanes and commerce. In addition to managing the escalation of competition with Russia, the United States will need to cooperate with Moscow on issues such as nuclear arms control, especially given the imminent expiration date for the New Strategic Arms Reduction Treaty (New START) agreement. Governance of the melting Arctic region is another example where the United States would benefit from cooperating with Russia, especially as concern mounts over China’s financial activities there.

Conversely, the aforementioned U.S. national security and defense strategies rightly emphasize the importance of alliances and partnerships with non-allied countries. The NSS, for example, prioritizes building quadrilateral cooperation with Japan, Australia and India through what is known as the Quad. Indeed, the Quad grew significantly over the past four years, resulting in dialogue at the secretary of state level and the MALABAR exercise in 2020, with participation by all four navies. Meanwhile, the NDS highlights the need to strengthen alliances and partnerships as the second of its three lines of effort.

Still, even allies compete with the United States. In 2015–19, for example, France became the third-largest exporter of weapons in the world and is a competitor to the United States in this arena. This includes French defense sales to India, which the United States designated as a major defense partner and has been a focal point of U.S. strategy in Asia for the past twenty years, long before the Indo-Pacific strategy. Other allies, such as Germany and the United Kingdom, also compete with the United States in arms exports. Related, the great-power competition concept has been refined since its initial formulation in the NSS. In 2019, the Joint Chiefs of Staff released Joint Doctrine Note 1-19: Competition Continuum, which adds the concept of cooperation alongside the ideas of competition below armed conflict and armed conflict. The document observes that “just as competitors can cooperate, friendly states can compete.” A CNA report provides a helpful visualization of the Competition Continuum to highlight this contribution to the discourse.

The incoming Biden administration should revamp the great-power competition concept by building on this important insight. Assessing the individual and combined threats from China and Russia will continue to be vital to U.S. interests, but considering potential opportunities to cooperate with competitors will also be critical. Washington should also evaluate the range of competition with allies across multiple dimensions and consider how to minimize competition where possible, especially with an eye toward the pursuit of shared interests in the context of great-power competition. With great-power competition seemingly here to stay, U.S. national strategy will need to be continually refined along conceptual and operational lines. The start of the Biden presidency is a moment to build on the progress made in the past few years and consider how policymakers can develop and implement strategy with greater nuance in the coming decade.

Nilanthi Samaranayake directs the Strategy and Policy Analysis program at CNA and studies U.S. alliances and strategic partnerships globally. The views expressed are solely those of the author and not of any organization with which she is affiliated. This article was originally posted to CNA’s InDepth blog.