Is Robert Malley the Right Choice As Biden’s Iran Envoy? 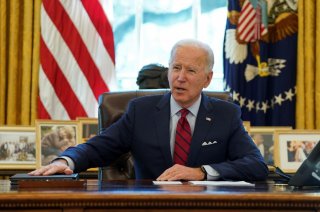 President Joe Biden’s appointment of Robert Malley has triggered the first major foreign policy fight of his presidency. It also undermines some of the widely-held assumptions regarding Biden’s broader strategy for the Middle East. Biden has named Malley as special envoy to Iran, setting the stage for the White House’s imminent plans to negotiate the revival of the Joint Comprehensive Plan of Action (JCPOA)—better known as the 2015 Iran Deal.

Malley was intimately involved in executing the Obama administration’s Middle East policies, having previously served as the lead U.S. negotiator on the JCPOA. Malley’s appointment came under a hail of criticism from a significant subset of the Washington DC foreign policy establishment, with Republican Senator Tom Cotton launching the first salvo: “It’s deeply troubling that President Biden would consider appointing Rob Malley to direct Iran policy. Malley has a long track record of sympathy for the Iranian regime & animus towards Israel,” he tweeted earlier this month. “The ayatollahs wouldn’t believe their luck if he is selected.” House and Senate Republicans have assailed Malley’s appointment as yet another affirmation Biden does not intend to govern by bipartisan consensus. “Appointing radicals like Malley gives the lie to all of President Biden and Tony Blinken’s rhetoric of unity,” added Cotton.

Accusations of anti-Israel and pro-Iranian bias have dogged Malley since his work for the Clinton administration in the 1990s. He was forced to resign as an informal advisor to the Obama 2008 campaign after it emerged that he met with the militant, fundamentalist political organization Hamas while working for the International Crisis Group, an NGO that strives to “prevent wars and shape policies that will build a more peaceful world.” Following his return to the Obama White House in 2015, he broke sharply with the Obama administration’s policy of regime change in Syria. He opposed aiding the Syrian opposition in the conviction that it would simply prolong the conflict without achieving any real American goals.

That Malley is being met with opposition from the likes of Senator Cotton and other Republicans is hardly surprising. However, Malley’s appointment has also raised red flags among at least a few Democrats who believe that making him the face of JCPOA negotiations needlessly polarizes the Biden administration’s emergent Iran policy. “He is way too far to the left on these issues, from Iran to Israel to Syria, and it would just be unhelpful to have him in this role,” a former Obama official and Biden ally told Politico.

Nevertheless, Malley’s return has been met with overwhelming praise from most Democrats and a great swathe of Washington’s foreign policy establishment. “I have seen comments about Rob Malley that are simply wrong-headed, tweeted veteran diplomat Dennis Ross. “He is serious,  thoughtful and knows what is important. He is not dogmatic, and I know he carefully weighs the pros and cons of different options and is open to other points of view. I hold in very high regard.”

Still, others feel that Malley is being targeted as a proxy for Iran hawks to vent their frustration with Biden's intention to return to Obama-era policies aimed at rapprochement with Iran. “They’d like to defeat Rob Malley and nail it as another scalp on the wall, but second, they would like to impose a cost on Biden and show that if he wants to move forward on his Iran policy, it will be difficult,”  Quincy Institute for Responsible Statecraft fellow Joe Cirincione said in an interview with The Intercept. “Malley is the direct victim of the attacks, but Biden is the target.”

Malley’s return to a senior diplomatic position could be received in Tehran as a sign of good faith on the part of the new administration; a clear symbolic repudiation of the “maximum pressure” strategy that had guided the Trump administration’s approach to Iran for the last four years. By the same token, Malley’s pragmatism—or, according to his detractors, appeasement—toward Iran may come as a source of consternation to the government in Jerusalem.

Beyond Iran, Malley’s appointment bears intriguing implications for another key aspect of Biden’s strategy for the Middle East. Malley was stridently opposed to the Obama administration’s aid to the Syrian opposition during the Syrian Civil War, a core pillar in the Obama administration’s strategy of deposing Syrian ruler Bashar al-Assad. “We were part of what fueled the conflict rather than stopped it,” he said in a 2018 interview. Malley added that U.S. intervention invited reciprocal measures by Russia and other external actors, thereby exacerbating the conflict’s humanitarian costs.

Malley’s looming influence over Middle Eastern policy stands to complicate future sanctions packages against Damascus, while potentially muddying Washington’s efforts to prop up Syrian opposition groups as an internal wedge against Assad. Although Biden remains exceedingly unlikely to pursue anything approaching rapprochement with the Assad government, Malley’s appointment may signal Biden’s recognition that not only is there no viable pathway for removing Assad in 2021, but that doing so would render the fraught work of rapprochement with Iran even more difficult.