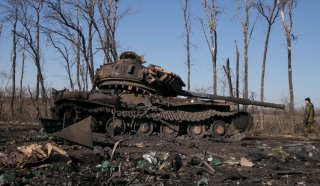 Moscow’s assertive foreign policies serve to disguise Russia’s domestic decline and state failure. Indeed, escalating internal vulnerabilities are likely to make the Russian regime more aggressive and confrontational to demonstrate its strength before its capabilities seriously dissipate. To ensure its survival Russia needs to develop into a genuine federal democracy with a growing economy. But with no democratization on the horizon and economic conditions deteriorating amid punishing Western sanctions for its invasion of Ukraine, the federal structure will become increasingly ungovernable.

Extensive public protests in Belarus in the summer of 2020 over blatant election fraud were an early warning for Moscow. Conventional wisdom about a passive Belarusian public mirrors the widely held image of Russian citizens. Support for protesting Belarusian citizens was reported in various parts of Russia and although the rallies were eventually subdued, similarly to Russia, the causes of the protests were not addressed. The unexpected demonstrations and storming of government buildings in Kazakhstan in early January 2022 in response to rising fuel prices was another reminder to Moscow that public anger simmers below the surface. The appearance of stability and public passivity, for which Belarus and Kazakhstan have been renowned, cannot be taken for granted in Russia either. A military quagmire in Ukraine with mounting losses for Russia’s armed forces and punishing Western sanctions that squeeze the economy and alienate Kremlin “oligarchs” will not be sustainable. Regimes that lose wars or cannot win them when they have staked so much on victory invariably collapse in Russia. Power struggles within the ruling stratum can then explode in full force.

The Russian state’s accelerated decline and the emergence of quasi-independent entities will challenge the NATO alliance’s ability to respond. One cannot assume that Russia’s fracture will be swift through a sudden collapse of the government or by a state-wide revolution. It is more likely to be an evolving process that accelerates at critical junctures. The triggers for rupture can include an attempted transfer of power by Putin to a successor; an explosive protest against economic impoverishment; an inter-ethnic clash that escalates into a wider conflict; a violent provocation by hard-liners or nationalists that escapes police control; mutinies in the military as a result of the failed war in Ukraine; or intra-military clashes based on ethnic allegiance.

State rupture will also impact neighboring countries. Some will be susceptible to conflict spillover or subject to Moscow’s provocations as the Kremlin seeks to divert attention from domestic upheaval. Other states will benefit from Russia’s cleavages by easing their security concerns and regaining lost territories. A federal collapse will also impact major powers’ positions and strategies and could lead to significant strategic realignments that further raise China’s stature. The United States needs to develop an anticipatory strategy for managing Russia’s demise by supporting regionalism and federalism, acknowledging aspirations to sovereignty and separation, calibrating the position of other major powers, developing linkages with nascent state entities, strengthening the security of countries bordering Russia, and promoting transatlanticism and transpacificism among emerging states. Neglecting Russia’s state failure could prove more damaging to Western interests than preparing to manage its international repercussions. The sudden collapse of the Soviet Union over thirty years ago should serve as a lesson that geopolitical revolutions occur regardless of the Kremlin’s denials or the West’s adherence to a transient status quo.

Janusz Bugajski is a Senior Fellow at the Jamestown Foundation in Washington DC. His recent book, Eurasian Disunion: Russia’s Vulnerable Flanks, is co-authored with Margarita Assenova. His new book, Failed State: A Guide to Russia’s Rupture, will be published in the Spring.