Russia’s Invasion of Ukraine Has Changed the World 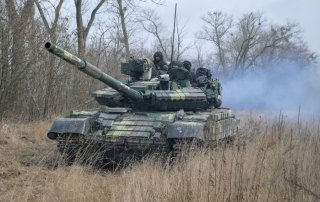 Russian president Vladimir Putin has made the riskiest foreign policy decision in his life by choosing to invade Ukraine. Russia’s security will only be undermined as a result, no matter how the military campaign against Ukraine ends. So why did he do choose to invade Ukraine?

Suggestions can be found at different levels, from the implications of the global balance of power to Putin’s personal perceptions. One possible explanation involves the way Russian politicians and experts understand the world of international politics.

Talking to Russians about international issues usually engages a lot of realist rhetoric. They generally believe in hard power, cherish state sovereignty, and tend to generalize the war-like experience of great powers. Neighboring states are perceived as a threat, unless controlled, and superpowers are usually pictured as insidious competitors engaged in a zero-sum game. Mistrust, relative gains, and worst-case scenarios dominate decisionmaking as a result. Quite telling, several days ago the Russian Foreign Ministry issued a tweet with a reference to John Mearsheimer’s 2014 article “Why the Ukraine Crisis Is the West’s Fault.” Core beliefs of realism are at the heart of Russian strategic thinking.

A foreign and security policy operating within this paradigm tends to be resolute and aggressive. Putin’s hesitations over attacking Ukraine, if they ever existed, must have been very close to the logic of the Peloponnesian War, once described by Thucydides. The decision to invade Ukraine was the result of a perceived security dilemma. Putin convinced himself and tried to convince the whole world, that if he did not attack Ukraine now, the chances for success would be lower later. By this logic, international law, norms of the international order, and Ukraine’s real intentions do not matter. In Russian official discourse the decision is depicted as a hard, but necessary choice.

However, this logic has numerous flaws in the twenty-first century. There are better ways to arrange and manage relations among states. But for Putin, who admires historic figures such as Peter the Great and Catherine the Great, Russian monarchs from the eighteenth century, it fits well. This is why it is important to both emotionally and pragmatically demonstrate why Russia is about to lose.

Whether Russia prevails or not, Putin’s decision to invade Ukraine will undoubtedly have a profound effect on the world order. Even if Moscow manages to score a Pyrrhic victory over Ukraine, the new rules of the game will not necessarily benefit Russia. It is quite likely that the new world order Russia is so desperately fighting for today may turn out to be less favorable for its long-term interests.

If Russia achieves victory in Ukraine in the coming days or weeks, the world order will be transformed in at least six ways.

First, the West will be more united but less powerful. Western countries’ policies towards Russia have traditionally been the result of disintegrating factors, even after Crimea’s annexation in 2014. Today a threat is taken much more seriously, both concerning Russia alone and in its strategic alliance with China. Western unity becomes not a matter of choice, but of strategic necessity. This is hardly good news for Russia. Even the West’s apparently limited ability to control outcomes of events does not necessarily play in Russia’s favor. Moscow will significantly narrow its ability to carry out a balancing strategy between other global centers of power. But a victory for Russia would also mean a loss for the West, which has significantly raised the stakes in Ukraine. For the West, a loss would not only entail reputational costs, but also geopolitical and strategic ones as well. Ukraine’s defeat will devaluate most of the instruments at the West’s disposal for the collective maintenance of the international order.

Second, military might will prove to be a costly but effective instrument of power.

If Russia prevails in Ukraine, regardless of its miscalculations, political failures, and a dramatic lack of soft power, it will only be possible due to military preponderance. Extended military power projection capabilities will once again become a hard currency in international politics and a central resource in the new international order. Maintaining an effective military will provide extended benefits, while non-military tools of containment will seem much less powerful.

Russia, which has the second most powerful military in the world, may seem to benefit as a result. But it may not be the case. Russia can still deploy large numbers of forces on the battlefield, but for how long is unclear. The effects of sanctions are mostly going to impact its ability to wage a modern war, and Moscow will soon find itself disadvantaged compared to both the West and China, who are likely to enhance their military capabilities as well. That is hardly a game the West would enjoy playing, but it will have to.

Third, nuclear weapons will prove even more costly and even more effective. The annexation of Crimea eight years ago has already significantly weakened the nuclear non-proliferation regime. Ukraine, which voluntarily gave up a huge arsenal of nuclear weapons at the end of the Cold War in exchange for security guarantees, lost a part of its territory. This raised the question about whether nuclear disarmament increases or diminishes a country’s security.

But Moscow’s hinted nuclear threats before and during its invasion to Ukraine imply that whoever can make those threats credibly gains a huge advantage. Going forward, acquiring nuclear weapons will be viewed as a rational choice for those seeking to improve their security. Threshold countries may find the best response to the rules of a new international order is to build nuclear weapons. This is not good news for Russia. As a country with the world’s largest nuclear warhead arsenal, Russia may currently feel comfortable. But, given its inherent technological and financial weaknesses, Russia may lose that advantage over time.

Fourth, state sovereignty will be suspended. Sovereignty, the foundation of the Westphalian world order, will be further undermined. Russia’s primary goal in Ukraine is to impose a new government in Kyiv by force. This has happened before, but the scale is such that if Russia manages to succeed, sovereignty will become nominal both in Ukraine and in principle.

Fifth, small states with no coalitions will remain extremely vulnerable. Ukraine’s chronic security problem has been a lack of allies. NATO’s “open door” policy and other cooperative security initiatives fell short of providing a security guarantee. In a world dominated by military might, smaller states will quickly fall victim to a larger power’s pressure or aggression. Russia will not stop being a great power, but smaller countries near its borders may change their policies and look to join security alliances.

In a multipolar world, pressure on small states will leave them with little choice but to seek protection.  In turn, this may lead to the consolidation of alliances and rising tensions between them. Russia’s sphere of influence (another concept from a realist lexicon) is likely to be the weakest but a world divided into multiple spheres of influence will be a more dangerous place.

Sixth, international security organizations will become obsolete (they probably have been long before February 2022). The management of international disputes in multilateral fora has been profoundly poor, but Russia’s invasion of Ukraine has set a new low. The United Nations, Organization for Security and Cooperation in Europe, and other international security institutions failed to impose any additional costs on Moscow’s behavior. International organizations’ weakness may play in Russia’s favor in the short run, but it will undermine Russia’s normative power in places such as the UN Security Council.

By invading Ukraine, Putin has taken the riskiest and costliest decision in his twenty-two years in power. Its impact will go far beyond Russia’s security interests and reshape the way states perceive international politics. In the long-term, Russia will find itself in a much more dangerous environment—a consequence that the Kremlin may have, thus far, completely overlooked.

Mykola Kapitonenko is an Associate Professor at the Institute of International Relations in Kyiv, Ukraine.