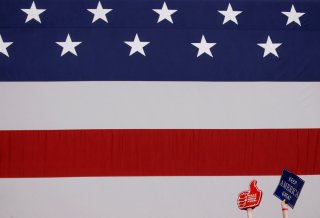 Russia is still grappling with the foreign policy implications of a Biden presidency one week after the 2020 presidential election.

Russian president Vladimir Putin is among a handful of global leaders who have not congratulated Joe Biden on his projected election victory over President Donald Trump. Earlier this week, Kremlin spokesman Dmitry Peskov explained the reasoning behind the Kremlin’s decision: “We think it appropriate to wait for the official vote count,” said Peskov in a conference call with reporters.” Asked why the Kremlin did not follow the same procedure after Donald Trump’s projected victory in the 2016 election, Peskov noted that the circumstances are different: “You can see that there are certain legal procedures that have been announced by the current president. That is why the situations are different and we, therefore, think it appropriate to wait for an official announcement.” Peskov reiterated the position, espoused by Kremlin officials and Vladimir Putin over the course of October, that Moscow is prepared to work with either of the two candidates pending the outcome of the election.

As Moscow continues to hedge, Russia’s political commentary sphere remains divided over the election. There is a sizable contingent of analysts and politicians who worry that a President Biden, based on his election rhetoric and his tenure in the Obama administration, would escalate Washington’s policy of rollback against Russia. The Russian publication Vzglyad argued that a Biden presidency would not only be bad news for Russia for the usual reasons—among them, more sanctions, further military support for Ukraine, and pushing for the NATO accession of more post-Soviet states on Russia’s border—but because he would shift the balance of power against Russia by reconciling with the European Union and pursuing rapprochement with China at Moscow’s expense.

Economist Andrei Nechaev added that a Biden administration is more likely to confront Russia on the basis of clashing values: “Democrats are traditionally more concerned with human rights, civil rights, and so on . . . that gives yet another reason for tougher sanctions, as Russia gives grounds [for sanctions on that basis].” Russian politician Elena Panina offered an assessment along broadly similar lines, arguing that “Biden likely sees a threat in the values that are important to Russia, as reflected in our updated constitution: respect for religion, culture, history, and defense of the traditional family.”

Still, others see traces of a silver lining. Russian politicians show tepid optimism over the survival of New START and Iranian Nuclear Deal. “Biden promised, if elected, to extend the New START treaty and return the US to the Iran Nuclear Deal. Biden stridently opposed Russia at the Munich Conference, as he is the heir to the Obama policy line. But these two steps are very important for strategic stability and preventing war with Iran,” noted Russian senator Aleksei Pushkov. Senator and chair of the Foreign Affairs Committee of the Federation Council, Konstantin Kosachev, echoed Pushkov’s assessment: “The Iran Deal is the brainchild of Barack Obama. If Biden wins, he will try to show that Republican Donald Trump’s foreign policy was wholly wrong.”

There is likewise a belief in Moscow, echoed by some in the EU economic architecture, that Biden is unlikely to continue Trump’s policy line of trying to stop the Nord Stream 2 pipeline between Russia and Germany; instead, many predict that he is willing to trade Washington’s acquiescence to the pipeline in exchange for German economic concessions elsewhere.

But Russian commentators are as interested in the process of the election as they are in the outcome. There is a prevalent strain of thinking, espoused everywhere from the ruling United Russia party to conservative opposition figures, that Biden’s mandate to lead has been eroded by allegations of voter fraud and the refusal of many of those who voted against him to recognize the legitimacy of the election. “It seems that there is already one loser—the process itself, and with it, democracy,” said Kosachev. “Scandals, strange flipping of states, lost and stuffed ballots, positions taken by the media and other unseemly episodes have not put the electoral process in the best light.” Kosachev joined other Russian commentators in outlining what he sees as Washington’s double standards: “In any case, the Americans themselves would have harshly criticized similar occurrences if they had happened in other countries, including the non-recognition of results.”

As noted by Vzglyad, the rampant polarization of American politics and Americans’ widespread loss of faith in U.S. institutions threatens to undermine Biden’s ability to conduct policy— particularly foreign policy vis-à-vis Russia—effectively. Russian commentators have also seized on accusations of electoral misconduct to argue that the United States is not in a position to lecture others about democracy and political transparency. Chairman of the State Duma Vyacheslav Volodin remarked, “this show is being called an example of democracy. Moreover, they suggest that it is a standard for democracy. I don’t think it’s a standard.” Volodin went on to criticize the electoral college and the two-party system before concluding that Russia’s electoral framework is “more transparent, more effective, and more legitimate.”

With the Kremlin set to congratulate the winner following the final vote tally and certification process, It remains to be seen how the vast breadth of Russian political opinion will crystallize over the coming months.