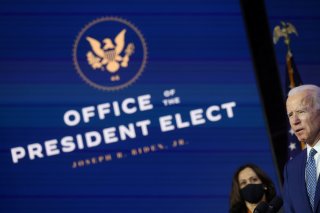 President-elect Joe Biden and his team have initiated an aggressive coronavirus response with a science-based approach, as advisors announced a task force on the virus on Monday and several provisions to be featured in the next round of federal relief.

But Biden’s plans come with a sitting president who refuses to concede, as well as pushback from some top Republicans who dispute the recent election results.

Senate Majority Leader Mitch McConnell (R-Ky.) — a top GOP leader in the coronavirus stimulus talks — has yet to publicly acknowledge Biden’s victory, but also hasn’t endorsed President Donald Trump’s claims of a stolen election filled with voter fraud. Most Republicans have chosen to stay silent or called for the count of legal votes to ensure a fair election, hinting that the president should be allowed to pursue or file any lawsuits relating to the election results.

“Every legal challenge should be heard,” House Minority Leader Kevin McCarthy (R-Calif.) said on Fox News’s “Sunday Morning Futures.” “Then, and only then, [will] America decide who won the race.”

Sen. Mitt Romney (R-Utah), a longtime critic of Trump and his agenda, said that he looks forward to pushing through bipartisan progress with Biden in the White House in January.

“Can we find common ground? Yes,” Romney told CNN. “And if Joe Biden works with Republicans in the Senate, he’s going to find that we will be able to find common ground. After all, he’s been there a long time himself. He knows what it takes to get things done in that chamber.”

Although Trump has hurled a series of legal attacks in battleground states, Biden and his advisors remain laser-focused on passing another round of federal relief — if a new package isn’t approved during the lame-duck session. It’s unclear what type of relief bill the president would be willing to sign in the future. In the past, he’s said that he’d up the price tag to match the Democratic spending measure of $2.2 trillion, but Senate Republicans have refused to support another massive bill that would add to the expanding federal deficit.

As of last week, top negotiators for the next package — House Speaker Nancy Pelosi (D-Calif.) and McConnell stand polarized, as the speaker is fighting to fuel trillions of dollars into the economy, while the majority leader has urged a narrower bill.

“Our economy is really moving to get back on its feet. That I think clearly ought to affect what size of any rescue package we additionally do,” McConnell said at a news conference in Kentucky last week. “I do think we need another one, but I think it reinforces the argument that I’ve been making for the last few months that something smaller — rather than throwing another $3 trillion at this issue — is more appropriate, with it highly targeted towards things that are directly related to the coronavirus, which we all know is not going away until we get a vaccine.”

McConnell cited the new jobs report that showed a decrease in initial unemployment claims and the jobless rate that fell in October.

Pelosi, however, addressed reporters at the Capitol, rejecting a GOP slimmed-down package.

“No, no, it doesn’t appeal to me at all because they still have not agreed to crush the virus,” Pelosi said.

Even though negotiations are divided, as Congress hasn’t been able to compromise and pass another spending bill since the Cares Act in the spring, Kyle Pomerleau, a resident fellow at the American Enterprise Institute (AEI), said that he is “optimistic” about a bipartisan effort for the next coronavirus relief package.

“I do [think] there is room for bipartisan agreement on a relief package and I am optimistic that the Senate Republicans, the incoming Biden administration and the House Democrats can figure something out,” Pomerleau said.

He added that “it just comes down to the details.”

But Alan D. Viard, a resident scholar at AEI, cast doubt on GOP senators striking a deal led by a Biden administration, noting, “the October employment report has further strengthened their belief that a large package is unnecessary.”

During back-and-forth talks, Pelosi and Treasury Secretary Steven Mnuchin disagree on much of the bill’s substance, including funding for cities and states, child care, tax credits for lower-income families, as well as liability protections that Democrats avidly disapprove of. The two also remain divided on specific language within the package, particularly relating to the national strategic testing plan, as the GOP-language provides too much flexibility in changing the initial bipartisan agreements.

But as negotiations remain inconclusive, economists urge Congress to swiftly pass another round of federal relief, as millions of Americans remain unemployed and small businesses continue to permanently shutter, with funds from the original package all dried up.