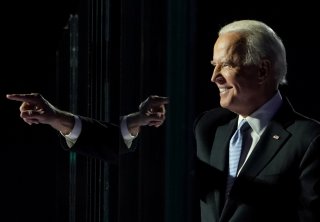 The American suspense is over. The Biden-Harris ticket is the winner. This riveting campaign, hard-fought amid division, rancor, and disease—has produced a heartening outcome: voter participation reached an unprecedented height, with the two candidates collecting record numbers of votes for their respective camps.

In other words, democracy won. American institutions have proven their resilience. Those who bet that hyper-partisanship would create a constitutional crisis or a political apocalypse of some variety have lost.

Amid so much acrimony, angst, and fear about the future, some Americans had lost sight of what others see clearly from far away: an amazing, resilient country that remains the fulcrum of the world, the great inspirer of young minds, and the best hope for noble ideals.

But what will presumptive president-elect Joe Biden do?

Four years ago, Donald Trump promised working-class Americans that he would restore manufacturing jobs that, for nearly one hundred years, had consolidated the United States as the world’s largest economy, but which over the prior two decades had been lost to the benefit of China in particular.

Trump’s protectionist stance resonated deeply with voters, thanks to catchy slogans like “America First” and “Make America Great Again.” So it’s no surprise then that his Democratic rival has pledged to restore U.S. manufacturing prowess, and that more products will be “made all over America.”

Although the coronavirus pandemic is his administration’s top priority, Biden has said that he wants to expand the use of the Buy American rules to help boost domestic manufacturing and create millions of new manufacturing jobs, including one million in the automotive sector.

Meanwhile, one can feel confident that the United States will return to multilateralism. The presumptive president-elect has indicated that he will rejoin the Paris Climate Accord, for example.

Biden will act to restore dozens of environmental safeguards that Trump eliminated, and launch the most daring climate change plan of any president in history.

The presumptive president-elect also wants to calm international relations with China and Iran. A more traditional form of diplomacy will likely prevail.

He is likely to face strong opposition to many of his proposals, from the Republican Party at federal, state, and local levels. A Republican-majority Senate will constrain his room for maneuvering with respect to the Democrats’ most controversial policy initiatives. It is a balance of power that will allow all institutions to play their role, without blocking the country’s progress.

Ahmed Charai is on the board of Directors of the Atlantic Council, a board of Trustees of International Crisis Group and an international counselor of the Center for Strategic and International Studies and a member of the Advisory Board of The Center for the National Interest in Washington.