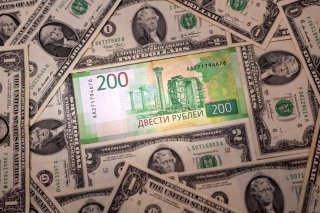 The U.S.-led campaign to ensure Russia’s “strategic defeat” and to “empower the Ukrainians to defend themselves, degrade Russia’s ability to fight this war [and] to project power in the future” has become far more significant than a narrow dust-up between Washington and Moscow. Even without intending it, President Joe Biden’s battle to vanquish Vladimir Putin has become a critical test of Washington’s ability to design an international economic and security order which will find the favor or acquiescence of the world at large.

It has been clear for some time that the policies defining the American Century that “the greatest generation” constructed out of the ashes of World War II have run out of domestic energy and support. Under Donald Trump, Republicans repudiated core elements of these policies—his ill-regard for NATO and U.S. protection of the Gulf come easily to mind. Democrats abandoned the Trans-Pacific Partnership and prefer the expansive doctrine of “responsibility to protect” to the primacy of state sovereignty at the heart of the post-World War II international order.

The political class in Washington, whatever side of the aisle they claim—no longer see great advantage in broadening the system of international trade and mobilizing political support via the United Nations, not to mention expanding the system of trust-building relationships with Russia and China that proved so attractive and successful in the latter half of the twentieth century.

In its place, Washington is seeking to force the adoption of what it calls “the rules-based international order.” This term is notable for the flexibility that it offers Washington to selectively and often unilaterally determine the rules of the game in question. Under Democratic and Republican leadership, it has become an organizing rubric for mobilizing “coalitions of the willing” as far afield as Libya, Iraq, the Pacific, and now Russia.

Washington’s exploding use of sanctions is at the heart of this new and evolving order. The imposition of broad economic and cultural sanctions has evolved from its beginnings as a modest arrow in the broad policy toolbox against the Soviet Union in the 1970s to become today’s foreign policy weapon of choice, and not only towards Moscow, Iran, and China but even towards friends and allies as well. And as its remit has expanded, so too has the widening net of numerous countries—including, for example, allies in the Middle East who chose not to implement U.S.-supported measures to assist Lebanon without explicit U.S. promises of sanctions immunity—caught in its web.

U.S. sanctions are meant to isolate, punish, and force acquiescence as part of a zero-sum exercise of American interests. At their most effective, as in Syria and Iran, they impoverish common people rather than their leaders in business and politics while failing to accomplish the broad political objectives of U.S. policy.

Under such circumstances, it may be prudent to ask whether Washington, with its dependence on sanctions as its primary foreign policy tool, can lose by winning.

This is particularly the case when a rising China trumpets the advantages of its “win-win” philosophy of international affairs, buttressed by a multi-billion dollar program of strategic engagement and development that has left Washington flat-footed.

In contrast, Washington’s embrace of sanctions as the go-to instrument of choice suggests that U.S. policymakers and politicians alike today believe that the best vehicle for cementing U.S. leadership in the world is to adopt a policy that many countries consider coercive and unilateral—and a reflection of the raw exercise of American power that no longer is confident of its ability to lead by example as a healthy democracy and equitable economy. And no matter how loudly the Biden administration trumpets the success of the coalition established to defeat Russia, instead of broadening the circle of America’s friends, sanctions and a policy generally based upon penalty and punishment narrow the prospects for American leadership in the world while offering little evidence that it will compel Russia to retreat.

At their most successful, great powers from Rome to Washington have maintained and consolidated influence by expanding the tent, not devising ways to exclude those from the benefits of the international system it is trying to promote.

It would indeed be remarkable if the continuing U.S. claim to lead the international community in the twenty-first century can be successfully based on narrowing rather than widening the circle of allies and hobbling international trade with ever-growing networks of sanctions that cease to distinguish between friend and foe.

Geoffrey Aronson is a non-resident scholar at the Middle East Institute in Washington, DC.