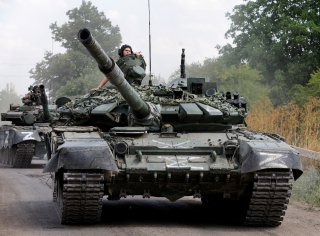 On December 7, the European Commission proposed a new sanctions package to coerce Russia to end its invasion of Ukraine. After the previous eight sanctions packages, the costs of the sanctions regime for Europe are mounting. With winter approaching and temperatures dropping, and as a direct consequence of severing trade with Russia, Europe is preparing for electricity outages, a lack of lighting and heat, and temporary cuts in internet and mobile service. Yet the war continues, with Russia escalating to a campaign of missile strikes against Ukrainian energy infrastructure.

Indeed, it is the collective nature of the sanctions—the process of their development and implementation—that allows Russia to circumvent the worst of the intended economic pain. Each member of the sanctioning coalition is incentivized to decrease the individual burden felt from severing economic relations with Russia. This not only reduces the effectiveness of the ultimate compromise, but also provides Russia with lead time to adjust to future sanctions and incentivizes Western firms to increase trade with Russia before sanctions are imposed.

To overcome this problem, some might suggest more, better-designed sanctions or more comprehensive sanctions, seeking the full economic isolation of Russia. But such solutions come at a much higher cost than the benefits they might bring.

First, weaponizing the institutions of the international economic system, especially without support from major economic actors, comes with a global price tag. The demonstration effect, which shows how the system can be used to harm an individual state, galvanizes others to reduce their vulnerability. The subsequent destruction of institutions or the creation of parallel structures significantly detracts from the welfare gains of a common economic system. Second, the complete economic isolation of Russia—if the West was willing to pay the enormous costs of enforcing such a policy—would degrade Russian military capabilities. However, this would mean that a nuclear-armed state’s ability to defend its own territory was quickly dissipating. Economic strangulation, which presents a clear and present threat to state survival, greatly increases the potential for nuclear escalation.

The war in Ukraine cannot be ended through purely economic means. Especially since India and China, along with other smaller key states, are not supportive of the Western sanctions, economic statecraft is the wrong tool for the job. Continuing down the path of economic warfare will change global trading patterns, but it will not impose costs high enough to force Russia to abandon its invasion of Ukraine. The choice for the West is to continue funding a costly, long-term Ukrainian struggle or seek a diplomatic solution.

The most recent round of Western sanctions, and likely any subsequent rounds aimed at constraining Russia’s ability to fund its war effort in Ukraine, will come at a considerable economic cost to the West.

As with most policies that come with a price tag, collective sanctions involve distributional consequences—specifically, the individual costs each state must bear for the collective benefit. Every Western state wants sanctions that impose great costs on Russia, but ideally at the lowest possible cost to itself. Thus, Belgium continues to import Russian diamonds; France, Hungary, Slovakia, and Finland continue to import Russian nuclear fuel; and Greece continues to fight for its right to transport Russian oil.

Even Europe’s major accomplishment—the “ban” on importing Russian oil—is not really a ban on importing all Russian oil. The ban prohibits the import of Russian oil by sea—that is, oil transported by tanker. States importing the same oil by pipeline, like Hungary, Slovakia, and the Czech Republic, are allowed to continue doing so. Germany and Poland, based on the current sanctions agreement, are allowed to continue pipeline imports as well. These two states have pledged to stop importing via pipeline, but we have yet to see how it will play out.

Although Europe voted to ban Russian oil imports on June 3, the policy did not take effect until December 5. The extended timeline gave European firms a chance to arrange for alternative suppliers once Russian oil was no longer available. Of course, this also means that Russia had time to find alternate buyers for its exports. Europe prohibited the import of seaborn oil, which it could most easily diversify from, not imports coming through immovable pipelines, which are much harder to diversify from. That decision also allowed Russia to more easily diversify who it supplies.

Moreover, because European firms knew that Russian oil would no longer be available starting in December, they had strong incentives to look for different long-term suppliers. But while they are finding new suppliers, striking deals, and arranging transportation, firms also want to ensure that they do not face short-term shortages. For them, the best short-term solution was to import more Russian oil while it was still available.

The expanded timeline allowing European firms to adjust to the costs of collective sanctions increased incentives to trade more with Russia in the short term. Since the stated goal of the sanctions is to deny Russia profits from its energy exports, the method of implementation is positioned to have the exact opposite effect.

Problems With the Current Course

Western sanctions on Russia are also meant to be demonstrative. They say to the wider world, “if you break the rules of international order, the response will be swift and severe.” Ideally, the demonstration of punishment works as a deterrent to states considering misbehaving in the future.

But there is a different way to read this demonstration signal by the West. It may serve as a “how-to manual” on protecting your economy from Western sanctions. Current (and future) sanctions reveal what Western states can and cannot agree on, how far they are willing to go for a vital security interest, and most importantly, what they are unwilling to do on a matter of fundamental importance.

Potential aggressors will now have a much clearer picture of what to prepare for should they decide to launch an offensive. Thanks to Russian efforts, they also have a clearer understanding of how to counter Western sanctions. Indeed, Russia took advantage of this demonstration effect after the West sanctioned it in 2014 for annexing Crimea, preparing its economy for the sanctions that would follow the February 24 invasion of Ukraine.

Another consequence of this demonstration effect and the ensuing preparations states take to minimize the punishment is the damage done to the international economic system. The current system is based on institutions, which rely on trust to produce their great transaction cost, information sharing, and monitoring benefits. The international economic system works best when states can expect regularized behavior, meaning that interactions between states today will look similar tomorrow. In essence, states must be able to trust that the system will not be weaponized against them. Thus, calls to nationalize frozen Russian property to form a recovery fund for Ukraine degrade trust in the institution of property rights.

If trust in the core institutions of the economic order is undermined, states will take measures to protect themselves, and the existing system will no longer be able to provide the same benefits. States fearing that weaponized institutions will be turned against them are incentivized to create alternative institutions that greatly diminish the beneficial network effects of the existing unified system. For example, the U.S.-led effort to remove some Russian banks from SWIFT has led to collaboration between Russia and China—and India, at least to some degree—to develop an alternative to SWIFT.

Why Not Do More?

The West has the capability to enforce economic isolation on Russia, practically forcing it to autarkic levels of existence. Why not do this?

One reason is the incredible cost of such an ambitious policy. It would entail the West giving up bilateral trade with Russia. In addition, the rest of the world would pay for it, such as by losing access to all of Russia’s global oil exports, creating incredible political costs for the West. If the West wanted to completely isolate the Russian economy, it would need to strong-arm all other states into suffering the economic costs of severing trade with Russia. After all, outside the West, there is little interest in breaking ties with Russia. Coercing those states would require more than strongly worded messages—it would be a herculean task.

The threat of nuclear escalation is the other reason why the West hasn’t enforced economic isolation on Moscow. A policy of economic strangulation, if effectively enforced, would profoundly degrade Russian capabilities. Indeed, this is the outcome proponents of this policy hope to achieve, arguing that it would force Russia to abandon its war effort in Ukraine. The fatal flaw in this proposition is that Moscow does not only use its military capabilities to wage its war in Ukraine—they are also necessary for Russia’s self-defense. A policy of economic strangulation—which slowly but surely degrades a state’s ability to defend its territory—is tantamount to an existential threat. Regardless of how the battlefield situation in Ukraine appeared, if a policy of economic strangulation looked likely to succeed, Russia’s survival would be threatened. Employing such a policy against a nuclear-armed state is a dangerous proposition.