Supporting the Afghan Resistance Is an American Interest 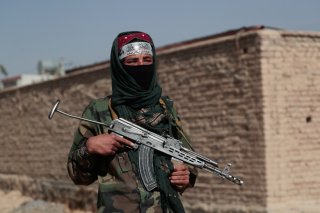 By all accounts, Afghanistan is quiet. For the first time in more than forty years, a single entity asserts its authority over the entirety of the country. Certainly, the Taliban death squads continue their reprisal killings against those the Biden administration left behind but, for many in Washington, it is out-of-sight, out-of-mind.

Many in Washington—especially those with little or no experience on the ground in Afghanistan—argue that the United States should lick its wounds and leave Afghans to their fate. “Don’t Arm the Afghan Resistance,” opined Middle East Institute fellow Bilal Saab, an Arab world specialist. Kai Thaler, a Latin America expert at the University of California, Santa Barbara, agreed, “Afghan insurgents are a dead end,” he wrote. Both, however, fundamentally misunderstand Afghanistan and the dynamics now at play.

The quiet Afghanistan now experiences is deceptive. Put aside the fact that the absence of media reporting does not mean placidity. The reality is that Afghanistan is always quieter in the winter. The current calm does not reflect Afghan acquiescence to the Taliban or the foreign powers they serve. The fact is more radical elements of the Taliban as well as Al Qaeda and the Islamic State are now increasing their presence throughout the country. The over-the-horizon ability to combat any post-withdrawal terror threat cited by Biden and Sullivan was illusionary. The National Resistance Front of Afghanistan led by Ahmad Massoud, the son of the late Afghan war hero Ahmad Shah Massoud, is the last remaining ally resolved to fight against terror groups in Afghanistan. It is today the only alternative.

The White House, Pentagon, and Central Intelligence Agency must recognize that the Taliban will never be able to counter Al Qaeda terrorism; they are too intertwined not only politically but also socially. To expect the Taliban to fight Al Qaeda is to expect brother to fight brother. Today, the Taliban leadership provide sanctuary for Al Qaeda fighters and many of the group’s leaders. For Al Qaeda in the Indian Subcontinent leaders to reside in the Taliban’s Afghanistan gives Pakistan’s Inter-Services Intelligence (ISI) agency plausible deniability should India accuse Pakistan of sponsoring the group, The ISI would never allow the Taliban to crack down upon that group or any other terror proxies Pakistan might wish to leverage against India in Kashmir or elsewhere.

Nor would the Taliban agree to crack down on Al Qaeda when the Taliban’s sole source of legacy since its co-option by Pakistan in 1994 has been its embrace of the same radical exegesis of Islam that Al Qaeda also embraces. Taliban leaders know that if they try to pivot away from Al Qaeda, rank-and-file members will simply join Al Qaeda or the Islamic State. After all, while the leadership of such groups might be distinct, their membership is fissiparous. If the U.S. desire is to combat and deny space to Al Qaeda or the Islamic State, then again there really is no alternative to the National Resistance Front. The reality is until the Biden administration or its successors realize that they cannot rely on the Taliban to stamp out terror, terrorist groups in Afghanistan will only metathesize. Should the United States need to return to Afghanistan because a terror group again used it as a base from which to attack the United States, then Washington will need the National Resistance Front to liberate parts of the country much as it used the Northern Alliance in October 2001. As then, the Taliban are an emperor wearing no clothes. They might promote an image of military acumen or invincibility, but the reality is the decision by Afghans to surrender was based more on political calculations than military ones. Should the winds of momentum change, Taliban leaders will again flee to Pakistan. The Pentagon has invested billions of dollars in training Afghan forces; they should now coordinate and consolidate those in whom they have invested.

Make no mistake: The issue was never an unwillingness by Afghan forces to fight. Secretary of State Antony Blinken implied as much when he testified before Congress that Americans need not worry about the Taliban using American weaponry because many of the systems required the technical expertise of contractors that the Americans had withdrawn. Simply put, to cover his posterior politically, he essentially confessed that he undermined the ability of the Afghan forces to fight.

Local credibility also matters. In March 2000, I traveled through the Taliban’s Islamic Emirate. Some Afghans said they initially welcomed the group because they thought it might bring them security after the reality of the post-1992 civil war. To a man and woman, they said that within six months, it became clear that the Taliban would prey on them as much as the warlords who preceded them did. The same pattern is in play today. If the United States disengages with the last Afghan group that seeks democracy, then the United States will lose credibility not only among Afghans but also across the broader region.

Simply put, peace in Afghanistan, credible diplomacy and leverage, and America’s own national security require not blind support for the Taliban, but rather partnership with the National Resistance Front of Afghanistan.