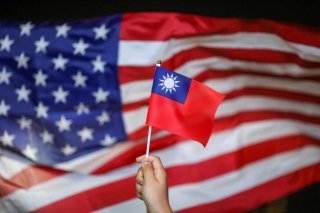 In recent months, many observers have been correctly pointing to the growing danger that has been emerging from a conflict between the United States and China over Taiwan. This issue, well beyond any other, has the potential to escalate rapidly both horizontally and vertically into a major U.S.-Sino conflict once an initial direct use of force occurs.  An understanding of the factors driving such development is obviously essential to crafting policies capable of averting it.

Unfortunately, such understanding is sorely lacking in U.S. policy circles, it seems, based on recent public statements or writings by current and former U.S. officials and many defense analysts, including Secretary of State Tony Blinken, former Deputy Secretary of State James Steinberg, former Indo-Pacific Command Commander Adm. Phil Davidson, and others outside of but close to the U.S. government.

Beijing is seen by these and other observers as the sole source of the problem because of its increased military activity around the island and various remarks made by Chinese president Xi Jinping apparently suggesting that Taiwan must be reunited with mainland China as part of his China Dream concept. For some people, a more aggressive China has already committed to seizing Taiwan by force and will do so as soon as it feels confident militarily that it will succeed. Although no clear evidence exists of such a commitment, this view nonetheless has been taken up by more and more American observers.

Given such a supposedly clear and present Chinese danger, the solution proposed by almost all those gripped by it is simply to increase military deterrence against Beijing, by upping U.S. military capabilities in Asia, getting Taiwan to increase its capacities, deepening U.S.-Taiwan political and defense relations, and extracting a greater commitment from Japan to support the United States in any conflict over Taiwan. For some, there is no limit to how far the United States should go to deter Beijing, including calls to deploy U.S. forces onto the island and conduct joint military exercises. Some observers even argue for the need to keep the island permanently separate from the mainland, given its supposedly high strategic value in the deepening struggle with China.

This diagnosis of proposed remedies for the deteriorating Taiwan situation is seriously flawed and highly dangerous. Most importantly, the diagnosis of the problem is myopic in viewing the Taiwan problem purely in military terms and solely linked to growing Chinese military aggression. Such a perspective lacks any sense of the far more complex, interactive political dynamic that is driving toward a U.S.-Sino military confrontation and hence ignores the need for a solution that addresses both aspects of that dynamic, political and military.

China’s increased military pressure on the island didn’t suddenly emerge from nowhere without cause. It has resulted from both the ongoing development of China’s long-standing offshore military modernization program and growing Chinese alarm over both the precipitate drop in support on Taiwan for eventual reunification and Washington’s movement toward ever-closer relations with the island. The former is reflected in public polling on Taiwan and the increasing political power of the anti-unification Democratic Progressive Party (DPP). The latter is reflected in the actions of both the Trump and Biden administrations in removing many of the restraints on de facto diplomatic and military contact with Taipei.

These Chinese fears, made worse by the increased resistance to Beijing on Taiwan as a result of the near-total failure in Hong Kong of the “one country, two systems” formula that Beijing would also apply to the island, have led China’s leaders to respond with what they consider to be deterrence measures of their own. These center on the rattling of a much-improved military saber in areas around the island increased psychological warfare against Taiwan’s citizens, and various verbal warnings directed at both Taipei and Washington. These are all intended to convey Beijing’s opposition to current trends in both capitols, undermine Taiwan’s self-confidence, and show its total resolve in preventing the permanent separation of the island from the mainland.

These Chinese actions are not the prelude to an all-out attack on the island but rather crude efforts to deter Taiwan and the United States from taking further steps toward separation.  Nonetheless, such actions merely deepen the fear in Washington and Taipei that Beijing is in fact preparing such an attack or other forms of direct military action, resulting in even stronger U.S. deterrence measures, thus in turn leading to further Chinese efforts at military and political deterrence.

Nowhere in the workings of this dangerous vicious circle is there much if any evidence of a U.S. (or Chinese) understanding that, to be effective, any attempt at deterrence-based stability and the preservation of a path to a peaceful resolution must also include credible reassurances that each side will not employ its enhanced deterrence measures to threaten the other’s most vital interests regarding the issue.  For Beijing, this vital interest is obviously centered on maintaining its ability to eventually reunite with Taiwan. Closing off this option would become a war and peace issue for China’s leaders. Anyone who doubts this simply does not understand the Chinese mindset regarding the island and the forces of Chinese nationalism that drive it. For Washington, its most vital interest lies in preventing an attack on Taiwan and maintaining the credibility of its security commitments to Japan and others, in this case involving an unwillingness to be seen as giving in to Chinese pressure on the island.  It does not and should not involve viewing Taiwan as a strategic asset.

All this means that any effective effort to deter military conflict over Taiwan and move the dynamic back towards the search for a peaceful solution to the problem must include meaningful reassurances that: a) Washington still upholds its One China policy (which is absolutely integral to keeping open the possibility of a peaceful resolution), and does not regard the island as a strategic asset to be denied to Beijing; and b) Beijing remains committed to its search for a peaceful solution to the Taiwan issue as a first priority and has not made the basic decision to seize Taiwan by force or subjugate Taiwan through coercion and intimidation.

Both governments still repeat these assurances. The problem is that such statements are rapidly losing their credibility. They have become reflexive mantras, mouthed by each side largely as after-thoughts to convey the idea that, despite all the things they are doing to undermine stability, they still adhere to those understandings that have kept the peace for decades and allowed for normal U.S.-China relations. Yet mere statements attesting to U.S. fealty to its One China policy or China’s preference for a negotiated, peaceful settlement will no longer suffice. The deepening distrust and suspicion between the two nations, fueled by an ever-worsening zero-sum rivalry, gives huge credence to the worst casing of the motives behind the other side’s provocative actions regarding Taiwan.

This is especially evident on the U.S. side, where the largely zero-sum and hostile bipartisan Congressional stance toward China, and the Biden administration’s apparent desire to endorse such a view in order to strengthen its overall search for Republican political support, together serve to obstruct credible efforts to reassure Beijing regarding Taiwan and other contentious issues. Indeed, even the mere mention of the term with regard to China is now viewed in Washington as toxic. This irrational view is most clearly reflected in the bipartisan Strategic Competition Act now making its way through Congress, which contains some of the most demonizing language toward China circulating in Washington.

For its part, Beijing is quite willing to speak publicly of cooperation and “win-win” approaches. But it also refuses to engage in a meaningful dialogue with Taipei or reduce its pressure on the island. China’s leaders apparently fear that to do so would legitimize the DPP government and lead many observers to conclude that Beijing is willing to accommodate Taiwan’s pro-independence forces. Yet China can no longer afford to take such an absolute stand toward the DPP, given its dismal image on the island, and considering the willingness of Taiwan’s President Tsai Ing-wen to resist the extreme pro-independence views of the so-called “Deep Green” elements of her party.  Beijing should therefore seek to bolster moderate DPP leaders such as Tsai by engaging with them in order to reduce the political fortunes of those pro-independence extremists who might succeed her.

However, on balance, China’s room for maneuver over Taiwan is arguably far less than it is for the United States, given the People’s Republic of China’s heavy reliance on nationalism for its legitimacy and the apparently growing demands of the most vocal members of the Chinese public for Beijing to take an even harder line toward Taipei and Washington. Similarly, intense pressures on U.S. political leaders simply do not exist.  Hence, Washington should make the first move.

If Washington wishes to break the current destructive dynamic with China over Taiwan, then it needs to fully grasp the drivers of the deepening vicious circle. It must drop its single-minded focus on deterrence, publicly reaffirm the need to keep open the possibility of a peaceful, uncoerced resolution, and develop far more credible ways to signal reassurance to Beijing that it remains fully committed to its One China policy.  One way of doing this would be to publicly disavow the notion that Taiwan is a strategic asset to be kept from Beijing. In return, U.S. leaders should demand that Beijing credibly show its continued commitment to a peaceful, uncoerced resolution of its relations with Taiwan by reducing its saber-rattling and showing a willingness to open contacts with Taipei.