The Ultimate Nightmare: Are the U.S. and China Destined for War? 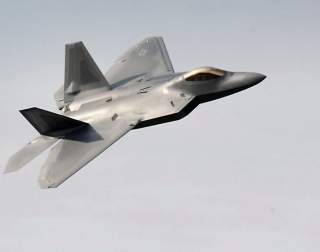 There is no geo-strategic relationship of more importance than that of the U.S. and China. Yet, tensions between Washington and Beijing over the last few years have been building. Over the last few weeks I have been exploring on these pages some of the pathways the unthinkable could happen: a U.S.-China war. We have also been exploring the various paths to victory both sides could utilize. While all of this is important, it is also important to take a step back and look at the U.S.-China relationship from another viewpoint of equal and possibly even greater value—a dilemma in the relationship that is creating its own set of tensions: the budding high-tech security dilemma pitting Washington and Beijing against one another.

While both sides have benefitted from decades of fruitful economic, cultural, and diplomatic ties since the restoration of formal relations in the 1970s, the dynamic of this important relationship is becoming increasingly competitive. Due to a host of factors such as the loss of a common foe (the Soviet Union), existing Asia-Pacific alliance dynamics, economic competition, territorial claims and counterclaims in the East and South China Sea and the rapid deployment of advanced conventional weapons platforms on both sides Washington and Beijing find themselves in an increasingly dangerous security dilemma.

While there have been various security dilemmas sprinkled throughout the pages of history, the U.S.-Sino security dilemma introduces a dangerous twist—a reliance on sophisticated types of military technology that rewards the side who strikes first and the hardest across all possible domains of conflict.

For example, as China develops increasingly effective methods for keeping outside powers out of the region (a good example is the DF-21D anti-ship missile), the U.S. seeks ways to maintain access to the region along with maintaining vital power projection capabilities. A good example is Washington relying on nuclear powered attack submarines armed with tomahawk land attack cruise missiles (TLAMS) to attack Chinese command and control nodes and “break the kill chain.” Such a move has pushed China to begin the deployment of sonar nets in the East, South, and South China Seas.

Such a budding security dynamic presents a clear and self-reinforcing challenge: when one side introduces a weapons platform or system this then induces the other side to match or surpass it through increasingly sophisticated technology. Such a dilemma pits the world’s two largest economies—armed with nuclear weapons—on a dangerous path that must be avoided.

The motivations on both sides of this budding security dilemma are important—specifically how their signature efforts to combat each others militaries—on the Chinese side anti-access/area denial, and for the American side what was known as the Air-Sea Battle Concept now known as JAM-GC—are likely feeding such a security dilemma.

Chinese motivations for the utilization of anti-access/area-denial or what many call A2/AD have roots across Chinese philosophy, history and careful study of the recent past. Looking back at U.S. military campaigns over the last several decades, American strategy has largely involved building force levels in mass close to a theater of operations before striking—almost always uninterrupted—allowing tremendous strategic advantage. Utilizing an A2/AD military strategy, Beijing would attempt to eliminate such strategic advantage.

While U.S. military assets have been locked in a “global war on terror” since 2001, American strategic thinkers have been studying challenges related to accessing what are becoming increasingly contested parts of the global commons. Over the last several years, a clear focus for U.S. planners has been the growing emergence of A2/AD military challenges—specifically China, and to a smaller degree, Russia, Iran, North Korea and various nonstate actors. American strategists since roughly 2007 have increasingly looked for ways to ensure four concepts stretching out into the foreseeable future in Asia: (1) retaining conventional military dominance across all domains; (2) preserving the ability to mass military assets and enter combat decisively while (3) ensuring the global commons remain an unrestricted part of the international system; and (4) ensuring the sustainability of U.S. alliance networks throughout the region. To ensure these goals are met Washington has developed the ASB operational concept as a way to negate the advantages of Chinese A2/AD and ensure military primacy in the Asia-Pacific. ASB is described broadly as an operational concept to ensure the integration of various branches of America’s armed forces to fight jointly and decisively to ensure access to all parts of the commons. Unfortunately, ASB since its early iterations has been misunderstood as an aggressive war-fighting strategy aimed only at delivering punishing kinetic strikes on the Chinese mainland. Such a false narrative—respun again and again thanks to the nature of a repetitive media cycle and social networks—of ASB has lead to a clear worsening of this growing security dilemma.

Over the course of the next several weeks I plan to explore this budding dilemma through an occasional series of articles spread out over the course of several months. As we worry about threats like the rise of ISIS, the never ending drama show that is Ukraine, and many other hot button issues of the day, popular media seems to miss the biggest international story of them all: the emerging U.S.-Sino security competition. This occasional series will be an attempt to put a spotlight on such challenges.

U.S.-Chinese security competition is now spawning into a full-blown security dilemma—much of which is spawned by Chinese development of A2/AD and America’s ASB/JAM-GC concepts. Such a dilemma, where both sides are armed with nuclear weapons, should be front and center when American’s think about foreign policy. Yet, even as the Obama Administration tries to “pivot” to Asia, this important challenge does not receive as much attention as it should—something this series hopes to fix.