There Are No Core U.S. National Interests at Stake in Ukraine 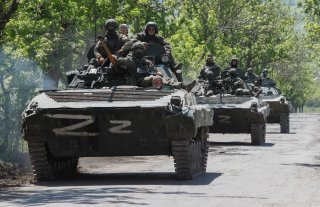 SOMEBODY HAS to say it: the war in Ukraine does not materially affect the permanent national interests of the United States or the geopolitical landscape in which we advance those interests. This conclusion—for good or bad or anywhere in-between—shouldn’t significantly impact the future of U.S. foreign policy. The war may tug on our heartstrings for sure, but it should not dissuade us from making the necessary changes to our grand strategy that position our country for long-run success, like our recent withdrawal from Afghanistan. These changes include increasing our focus on China as our most important strategic competitor, extricating ourselves from Europe and the Middle East, and emphasizing domestic renewal over ostensible altruism abroad.

However, there are important lessons for the future of U.S. foreign policy that can be learned from the conflict, especially regarding the offense-defense balance and Russia’s revealed conventional capability. But these aren’t the ones that you’ll hear from the foreign policy establishment, which will always spin positive outcomes or trouble overseas as reasons to redouble our commitment to the primacist status quo they favor.

Heads, I win; tails, you lose.

Ordinary Americans can be forgiven for thinking Ukraine must be especially meaningful for U.S. foreign policy. As the war unfolded, they could see red ink signifying Russian forces spreading across the map of Ukraine as Vladimir Putin’s aggression threatened Kyiv and other parts of the country. Prompted by hawkish commentators, they worried about whether Russia would stop at the western border. Daily, they were treated to intense battlefield videos of the most devastating war in Europe since World War II, some showing the cruelty of Russian soldiers while others the heroism of Ukrainian patriots.

But those worried by events in Ukraine can rest assured that they mean less to the United States than it might seem, especially if they have been listening only to the play-by-play commentary provided by Washington mandarins who tell Americans they must do more while ignoring the dangers of doing so and lack of vital interests to justify growing risks of involvement. Fortunately, the permanent features of the world that support America’s safety and the conditions of our prosperity remain largely unaffected by the conflict.

For one, the United States still maintains the globe’s most capable conventional and nuclear forces; they practically guarantee our territorial integrity. While the world is becoming less unipolar, our military—especially our logistical capability—still outclasses the forces of other nations by a wide margin. We are also far from those other centers of power, whether Beijing or Moscow, and enjoy friendly relations with our weak neighbors. The Atlantic and the Pacific moats also still matter greatly, as we enjoy the advantage of the “stopping power” of thousands of miles of ocean between us and any competitors. Plus the Eurasian balance of power that is traditionally an American concern isn’t at risk of being overturned—in fact, the war has shifted the balance more in favor of the United States and NATO allies. Russia’s poor battlefield performance confirms that the only potential challenge to that balance is China. And one lesson we can learn from the conflict is that the offense-defense balance favors the defender and thus aggression aimed at dominating Eurasia will be harder to work. These factors should make it easier for the United States to be more confident and relaxed about developments that might trouble less powerful and fortunate countries than ourselves.

Russia’s war also hasn’t changed the fact that our Western European allies are so much wealthier and populous than Russia—and could easily field powerful armies to deter and defend against Russia, even if it had swallowed Ukraine. The war hasn’t changed the fact that Russia is a country with a mid-size economy closer to Spain and Italy than to the United States, China, or even Germany, larger economies capable of translating economic power into greater military might. Recall that the West still won the Cold War even with Ukraine and other countries belonging to the old Soviet Union. Now it has become laughable to imagine Russia threatening our homeland, or even our NATO allies, as its military has shown itself to be so inept against a weaker country on a battlefield right next door.

The only real danger to our permanent interests represented by the war in Ukraine has been that we would end up intervening in ways that landed us on an escalatory spiral with Russia leading to a direct, even nuclear, confrontation. Risk can be understood as “consequences” times “probability.” The consequences of escalation could mean nuclear war, and even a modest increase in the probability should not be taken lightly. The grave risks, and the fact that Ukraine isn’t vital to U.S. security or prosperity, explain why the Biden administration has proceeded more cautiously than many primacists would like. But the latter, like those who breezily signed a letter advocating a no-fly zone, don’t bear the mantle of responsibility and consider Ukraine’s interests to be well worth the risks to our own. Russia’s economic and conventional military weaknesses do not negate its nuclear weapons. This is why the United States should continue to exercise caution and soberly assess policy responses to Russian brutality and Ukrainian battlefield successes, not get inebriated by the emotions understandably produced by both. It might be different if Ukraine were Canada, the United Kingdom, or Japan in terms of relative importance to our safety and prosperity. But no amount of blue and yellow flag waving alters the geostrategic and geo-economic realities about Ukraine.

Realpolitik is undoubtedly an unpopular approach in many parts of the foreign policy establishment. But realists aim to realize the interests of Americans who have to pay the cost of our foreign policy choices rather than curry favor with elites shielded—or even benefitting—from risky, aggressive, and idealistic actions.

Thus, U.S. foreign policy should be headed towards the same place it should have before Russia launched its aggressive war against Ukraine: toward greater realism about the nature of the international system and more restraint in how we employ military power and the types of security commitments we make. Toward us being more skeptical of new security commitments and asking our current allies to do more for their own security. Toward us building a stronger Navy while being more assertive of our legitimate economic interests.

Otherwise, we run the risk of fiddling abroad while burning at home. American society is not anywhere close to healthy. We should focus our time, energy, and resources from domestic division and decay. Americans face increasing violent crime rates, historic “pernicious polarization,” and failing public institutions. Our culture is marked by an increasing penchant for a debilitating wokeness matched by a declining commitment to merit. Inflation punishes savers and erodes the earnings of those who can afford it least. And while the American economy is a marvel for its ability to create wealth, one would have to be a Pollyanna not to be worried about unchecked deficit spending, dangerous levels of debt, and regulatory sclerosis. Amid this, Congress just approved $40 billion in additional support for Ukraine with only eleven Senators voting no, all of them Republicans.

Yet does anyone doubt that there will be even further subventions ahead for Ukraine? A kind of praetorian guard exists in Congress, on K Street, and in foreign-funded think tanks for a massive Ukraine reconstruction effort. Question it at your peril.

William Ruger is President of the American Institute for Economic Research. He is a veteran of the war in Afghanistan and was President Donald Trump’s nominee to be ambassador to Afghanistan.