Trump Is Right to Battle China on Trade, But Now Comes the Hard Part 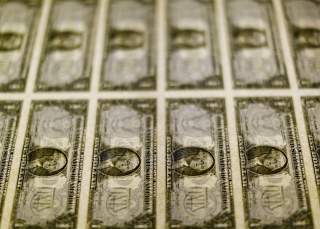 On November 10, 2001, after fifteen years of tortuous negotiations, China joined the World Trade Organization. The WTO describes itself as a rules-based club whose “overriding purpose is to help trade flow as freely as possible.” If only that were true when it comes to China, then the Trump administration's so-called “trade war” would have been over before it started.

China was only allowed to join the WTO after making several commitments to free trade, the most important of which was to “provide non-discriminatory treatment to all WTO Members.” Specifically, China promised that foreign companies would “be accorded treatment no less favorable than that accorded to enterprises in China” when doing business in the country.

Tell that to Google, Facebook, Uber, and all the other American companies that have been forced out of the Chinese market.

Eighteen years after joining the WTO and China still has not honored the most basic commitment it made upon joining. In fact, it has slid backward. Yet for all that time, China has reaped the benefits of WTO membership: low tariffs on its exports, access to WTO dispute resolution mechanisms, a voice on future global trade rules, and a free pass for its companies to operate in the United States.

Now is the time to set things right. It may be the only time. China’s economy is slowing and its leaders are worried. After forty years of growth, the party is over. A country only makes the transition from quick catch-up to mature growth once in its economic development trajectory. China’s transition is now. It’s not going to come around again.

Once China gets used to the kinds of pedestrian growth rates that prevail in other middle income countries, the window of opportunity will close. Attitudes will harden. People will come to expect mediocre results and a cycle of boom and bust. Slow growth will become the new normal.

But right now, China’s population is restive, and its leaders are scared. There’s blood in the water. Now is the time to strike on trade with China. If China isn’t persuaded to meet its 2001 WTO commitments now, then it never will be.

The Trump administration’s decision to raise tariffs effective May 10—while exempting goods already in transit to the United States—has set the clock ticking. Some Chinese exporters will take a chance and ship anyway, hoping that the dispute will be resolved in the four to six weeks it takes their goods to reach West Coast ports. Others will hold back to wait and see. Both groups will be pressuring the Chinese government to come to a deal as quickly as possible.

Americans have a bad habit of thinking that China lacks internal politics, but that is completely incorrect. China’s ruling Communist Party forbids public expressions of dissent, but you can be sure that China’s major exporters are on the phone to their comrades in government and the Party. There’s big money at stake, and in China more than in most places, cash is king. The lack of democratic accountability makes China’s politics even more dependent on money, not less. In public, everything is quiet, but in private, the pressure is mounting.

Yet there is no such thing as a U.S.-China “trade war.” A trade war happens when two countries compete to secure advantages for their own exports over those of another country. But US and Chinese exporters rarely compete head-to-head in the same sector. Trump is not seeking advantages for American cars or refrigerators over Chinese ones.

The current U.S.-China negotiations are all about market access, and Trump’s tariffs are focused on opening markets, not closing them. Open markets have been at the heart of America’s Asia policy since before the Civil War. In 1899, Secretary of State John Hay gave the policy a name: the open door policy. But the United States has been pushing for a free and equal Pacific trading regime ever since it signed its first “most favored nation” agreement with China in 1844.

China’s doors closed when the Communist Party took power in 1949, and these days they only open for companies that China thinks it can turn to its own advantage. That is nothing like the situation in the United States, and nothing like it should be under WTO rules.

Subject to genuine national-security considerations, any Chinese company can come to the United States, set up shop, and take its chances in the U.S. market. It can freely repatriate any profits back to China. And if it feels aggrieved by anyone or anything, then it can pursue its case in U.S. courts without prejudice.

None of that is true for U.S. companies in China, but it should be. In 2001, China promised that it would open all of its markets to foreign competition, reserving only a small number of highly regulated industries. Specifically, China committed to open its banking and telecommunications sectors by the end of 2006. More than twelve years later, these sectors are still completely closed.

China has outright refused to live up to its 2001 WTO commitments, but the full picture is much worse than that. Over the last two decades, China has initiated a large-scale campaign of government-sponsored industrial espionage. It forces foreign companies to transfer mission-critical technologies to local partners as the price of doing business in China. And it continues to impede the repatriation of profits made by foreign companies operating in China.

None of this is consistent with the rules-based multilateral system so resolutely endorsed by Chinese President Xi Jinping in his much-lauded 2017 speech to the World Economic Forum. At the time, Xi's internationalist commitment to liberal principles was widely praised as an antidote to Trump’s nationalist backpedaling on the global rule of law. But actions speak louder than words.

Trump’s America remains committed to the rule of law, and Trump’s tariffs are the means to enforce it. China has amply demonstrated that it will not respect its commitments unless it is forced to. Now is the best time to exert maximum force to persuade China to change its course.

Last week’s deal fell apart precisely over enforcement provisions. China is as willing as ever to make commitments on market access. It is not (yet) willing to see them enforced.

The Trump administration should stay the course on enforcement. It shouldn't have to wait long. China is in trouble, and major Chinese exporters have already started moving to Vietnam. Once they go, they won’t come back, even when tariffs return to normal.

The clock is ticking, and China’s Communist Party leadership knows that better than anyone. America can afford to wait. China can’t.