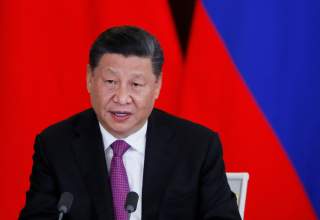 President Donald Trump’s threat to impose tariffs of 25 percent on all Chinese goods not currently subject to surcharges means that imports from China might soon become a lot more expensive. But the potential ramifications of a prolonged U.S.-China trade war go far beyond consumer prices. Trump has said that he will make his final decision on extra tariffs after the G20 summit in Osaka, scheduled for June 28–29. What he chooses to do could affect U.S.-China relations in a profound and enduring way.

For decades, deepening economic ties between the United States and China have served to keep this most important of bilateral relationships on an even keel. After the collapse of the Soviet Union in the early 1990s removed the original rationale for a U.S.-China strategic entente, a burgeoning (and lucrative) flow of trade and investment has been essential to convincing leaders in both countries that an antagonistic relationship was worth avoiding, despite the many points of disagreement that separate them.

Under Trump, however, the economic component of the U.S.-China relationship has been singled out for revisions. Initially, the president claimed that the purpose of his trade war was to level the economic playing field by encouraging China to abandon unfair trading practices. The point was not necessarily to curb trade and investment, but to put the bilateral relationship on a firmer footing. Cast in this light, even supporters of free trade could tolerate Trump’s tariffs as a short-term evil. The hope was that Trump would declare victory and restore business as usual once he had secured concessions from Beijing.

But the longer the trade war wears on, the greater the risk that Trump comes across as unserious about reaching an amicable settlement. Fueled by anti-China rhetoric from Washington, hardliners in Beijing already argue that the United States is bent on containing China’s rise through punitive measures. If Trump slaps new tariffs on Chinese goods—and if he goes unpunished for it in domestic politics, perhaps even winning plaudits—then an even greater share of China’s elite could be forgiven for concluding the same thing. Even if this tranche of tariffs does not push Beijing over the edge, it will do nothing to aid those in China who argue for patience with the United States.

The situation is delicate because U.S. leaders have precious little wiggle room to convince their counterparts in Beijing that they are not pursuing an antagonist, Cold War-style “containment” of China. After all, the United States is explicitly trying to balance against China’s rise in the military sphere. The goal of bolstering U.S. military commitments in the Asia-Pacific (and, indeed, the wider Indo-Pacific) region was made crystal clear during the Obama administration. And while Trump has refashioned U.S. policy toward Asia in some important ways, he has not signaled anything close to military retrenchment.

It is important to reassure China’s leaders that their relationship with Washington can be improved, is worth investing in, and that economic cooperation is an absolute must. Indeed, integrating China into the U.S.-led capitalist order has long been the surest way to convince skeptics in Beijing that the United States is not dead set against China’s rise. If Trump’s brinkmanship with China succeeds at tipping the U.S.-China economic relationship into a downward spiral, then all that will remain of America’s approach toward China will be hostility.

It serves nobody’s interest if Beijing comes to view the United States as an implacable enemy. But what else could China’s leaders conclude if the economic relationship crumbles? At that point, the United States will stand in opposition to China on every front: political, ideological, diplomatic, military, and economic. There will be no room for collaboration, no basis for a mutually beneficial relationship. The distinctions between diplomacy, military affairs, and economics would become blurred if not entirely meaningless. America’s tariffs will be viewed in China not as a negotiating tool, but as part of a broader and sustained attack.

If decisionmakers in Beijing come to view the U.S.-China relationship in such a pessimistic light, then the short-term negative effects of Trump’s tariffs will pale in comparison to the long-term risks. Dips in financial markets and spikes in consumer prices will seem tame once economic measures come to be met with noneconomic (and potentially military) countermeasures. Some in the United States are already predicting that China is preparing to inflict a “bloody nose” military attack on U.S. interests in the Asia-Pacific region. According to the hawks, only an uncompromising policy of deterrence can keep the United States safe.

Abandoning America’s mixed approach to China in favor of an unadulterated strategy of containment would be a mistake. There is a good reason why every president since Richard Nixon has preferred some degree of diplomatic and economic engagement with China, and it is not because they have been happy to convert East Asia into a Chinese sphere of influence. To contain China through both military force and economic coercion would require enormous risk and sacrifice. Making a monster out of China would make Americans poorer and less safe.

To be sure, there were moments in history when the United States could, feasibly, have taken measures to stymie China’s rise in a significant way. President Harry Truman’s decision to isolate the People’s Republic of China in the 1950s was a major hindrance to China’s communist rulers, for example. Yet while China hawks might lament that more was not done to weaken China and forestall its emergence as a major power, those responsible for making China policy today must take the world as it is. And the reality is that the United States has neither the international clout nor the domestic will and wherewithal to halt or reverse China’s rise.

To be sure, the United States is still far more powerful than China on almost every relevant dimension. But the United States cannot exercise determinative power over China. It does not rule East Asia. And so while U.S. leaders can (and should) criticize their Chinese counterparts for their egregious violations of human rights, for example, they should be realistic about the sort of concessions that can be expected from Beijing—and about the type of risks that come with alienating the Chinese altogether. Trump’s trade war is a prime example of a battle not worth fighting.

It would be a mistake for Americans to resign themselves to a new cold war with China. It is not too late to pull the two countries back from the brink and restore solvency to this bilateral relationship that will do more than any other to shape international politics in the twenty-first century. The goal must be to reassure leaders on both sides of the Pacific that peaceful coexistence is both wanted and achievable. Economic cooperation must be the bedrock of such efforts.

Of course, there is much that China could do to contribute to friendlier relations with the United States. But Beijing cannot be asked to do all the contorting. The United States needs to show flexibility, too. Easing (and ultimately lifting) tariffs on Chinese goods would be a good start.