Turbulence Across Eurasia Will Not Slow Kazakhstan’s Progress 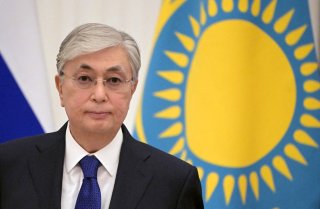 The unfolding events in the post-Soviet space are challenging, but they will not derail our country’s march forward. The Russian-Ukraine conflict is a tragedy the scale of which the European continent has not experienced since long ago. Just two months prior to the outbreak of this war, Kazakhstan experienced its own tragedy: nationwide demonstrations that escalated to violence unprecedented in this country’s thirty years of independence. We are still recovering from those wounds, but we are fully committed to learn lessons and to boldly address challenges and move forward.

Eurasia has always been a dynamic region, but concerted efforts must be made to keep it peaceful, open, and prosperous. As the President of Kazakhstan, the largest ex-Soviet state after the Russian Federation, I must fight for these goals.

As states that share the longest border in the world Kazakhstan and Russia enjoy special relations of mutual cooperation. Meanwhile we also have deep traditions of friendly relations with Ukraine. We respect its territorial integrity—as the overwhelming majority of the world does.

We hope for a swift and just resolution of the conflict in accordance with UN Charter. I have been in direct communications with Presidents Vladimir Putin and Volodymyr Zelensky urging for dialogue and peaceful settlement of hostilities. Kazakhstan is both willing and able to continue its role as international mediator.

Sadly, the situation in Ukraine is not the only shock that has befallen this corner of Eurasia. Our country is still healing from the tragic events of this January when peaceful protests turned violent. We need to ensure that violence will not reoccur. The first step is acknowledging that the legitimate concerns of our people can be voiced without fear of violence or persecution. The next step is taking action.

On March 16, I introduced landmark reforms which will build upon and accelerate Kazakhstan’s modernization. They are designed to address the socio-economic and civic grievances voiced by Kazakhstan’s citizens. We heard their voices loud and clear.

The country is embarking on an unprecedented decentralization of state power, enhancing checks and balances. Corruption and nepotism will not be tolerated. Concentration of political power and accumulation of wealth in the hands of a few must be reversed if this country is to prosper.

We are entering a new era in Kazakhstan’s democratic transformation. Key governmental bodies, such as the Office of the President, Parliament, local administrations, as well as the judiciary, and the law enforcement system, will be thoroughly reformed. There will be zero tolerance for torture.

Indeed, political powers will be rebalanced shifting this country from a “super-presidential” to a “normative presidential” model of government. Through new constitutional amendments, Parliament’s authorities will be strengthened, a mixed voting system will be introduced that would include political party lists and single-seat districts, and barriers to the formation of new political parties will be eased, providing for political diversity.

A new Constitutional Court will be created, increasing the strength and the transparency of the judiciary; the Chief Justice will require Senate confirmation.

I have voluntarily curtailed the power of my office by reducing the number of presidentially appointed senators from fifteen to ten.  Of the ten appointees, half will now be recommended by the Assembly of the People of Kazakhstan, a consultative body that unites the various ethnic groups in our nation.

Perhaps most importantly, constitutional changes will place more power in the hands of akims (governors) of the districts, cities, and rural districts. From now on, they will be totally accountable to the people.

Our government has listened carefully to civil society and public opinion in the design of these reforms. Economically, our system must work for all people, not just for the very few, as has often been the case in the past.

Growth that is not inclusive is not sustainable. Furthermore, the tremendous wealth accumulated by the oligarchs and their monopolies will be redirected towards the working and middle classes of this country.

The government understands the need to address inequality urgently. As the economy grows, so should livelihoods. The government has been tasked to develop a program to increase wages and reduce poverty. To that end, I have mandated a 40 percent increase in the minimum wage, as well as wage increases for public sector workers. Small businesses will see their tax burdens shrink while Kazakhstan’s extractive companies will shoulder a larger and more just share of the economic burden.

These reforms represent an inflection point for our people. We choose to accelerate rather than to stagnate. And we are determined. We still have far to go. Both domestically or internationally, partnership is still the only way to build a better common future of peace and prosperity. We want to strengthen our three-decade strong friendship and cooperation with Europe and the United States.

Only together can we steer Eurasia towards this goal.

Kassym-Jomart Tokayev is President of the Republic of Kazakhstan.