Turkey in the Coalmine: How Erdogan’s Economic Plans Could Backfire 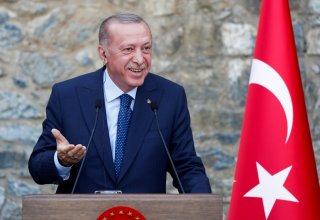 When it comes to Turkey’s economy, President Recep Tayyip Erdogan continues to play with fire. Despite the clearest of International Monetary Fund (IMF) warnings about his country’s external vulnerabilities, Erdogan seems to be inviting a full-blown currency crisis by adhering to the most eccentric of economic policy views and by meddling in the running of the country’s central bank. This is sure to cost the Turkish economy dearly for which Erdogan could pay a heavy price at the scheduled 2023 presidential election.

In unusually blunt language, the IMF’s most recent report on the Turkish economy highlights that Turkey’s pre-existing external vulnerabilities only got worse as a result of the Covid-19 pandemic. Particularly troubling to the IMF is the fact that Turkey now has negative international reserves, an unusually high degree of dollarization, and uncomfortably large external financing needs as a result of many years of large external current account deficits.

Anticipating that the Federal Reserve could soon start tapering its bond-buying program, the IMF is making it clear that now is not the time for Turkey to be experimenting with unorthodox monetary policies. Rather, in the IMF’s view, Turkey should stand ready to address its inflation problem and to attract foreign capital to support the Turkish lira by raising interest rates to a level that is positive in inflation-adjusted terms.

It would seem that the IMF’s warnings have fallen on Erdogan’s deaf ears. Notwithstanding the Turkish lira having now lost some 20 percent of its value since the start of the year, making it the among the world’s worst-performing currencies, Erdogan continues to cling to his mistaken belief that, far from curing high inflation, high-interest rates are the cause of high inflation. This view has induced him to keep pushing the central bank to lower interest rates.

Pursuing a low-interest rate policy and undermining the central bank’s independence is generally not a good thing to do in the midst of a currency crisis. It is certainly ill-advised to do so at a time that the central bank has run out of international reserves, dollar deposits now constitute 60 percent of overall bank deposits, and the corporate sector has a mountain of foreign-denominated debt to service. In those circumstances, a full-blown currency crisis could very well morph into a banking crisis that in turn could force the country to go down the economically damaging path of having to impose capital controls.

All of this hardly bodes well for Erdogan’s 2023 electoral prospects. Bruised by corruption allegations, he is already slumping in the polls. The last thing that he can afford is a full-blown currency crisis that would almost certainly cause inflation to accelerate from its presently already high rate of close to 20 percent.

Fortunately for the global economy, the rest of the world’s financial system has limited direct Turkish exposure. However, this should not be grounds for policy complacency. A prospective Turkish economic meltdown could be viewed by investors as the canary in the coal mine for other vulnerable emerging market economies. Unfortunately, the world’s financial system has greater exposure to those countries than it has to Turkey.