Ukraine and the Return of the Multipolar World 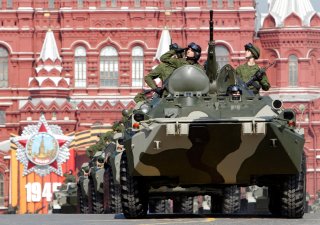 IN DECEMBER 2021, Secretary of State Antony Blinken addressed negotiations over Russia’s formidable military buildup around Ukraine. He reiterated that the United States would not discuss Russian concerns over Ukrainian membership in NATO, arguing that “one country does not have the right to exert a sphere of influence. That notion should be relegated to the dustbin of history.” At the Munich Security Conference, mere days before the invasion, this assertion was echoed by a variety of policymakers, including the German foreign minister, Annalena Baerbock, who argued that Europe faced a stark choice: “Helsinki or Yalta … The choice, in other words, between a system of shared responsibility for security and peace … or a system of power rivalry and spheres of influence.”

It is therefore easy to see why many have hailed the war in Ukraine—and the unexpected successes of the Ukrainian military in pushing back the initial Russian onslaught—as a repudiation of spheres of influence in world affairs, and a reassertion of the notion of an American-led liberal international order in which power and might matters less than norms and values.

But nothing could be more mistaken. A sphere of influence is not a normative concept, nor something a state cedes to another out of courtesy or pity. It is instead a simple fact: the place where one great power is unwilling or unable to commit the necessary resources to force another state to submit. In that regard, Ukraine is itself not a repudiation of the idea of spheres of influence, but rather a clear example of how they work in practice. Ukraine is both a clear indicator of the limits of America’s global sphere of influence in the post-Cold War period, and a demonstration of the extent to which Russia is able to defend what it sees as its own regional sphere. The war in Ukraine thus does not mark a continuation of the unipolar moment, but instead, a dividing line between the period when the United States saw the whole world as its sphere of influence, and a new, more multipolar world in which U.S. power is constrained and limited.

To put it another way: the war in Ukraine has demonstrated three things about the shifting balance of global power. First, while America may still claim a global sphere of influence, it is not willing in practice to risk a nuclear war with Russia to protect Ukraine. American arms, intelligence, and finance have undoubtedly served to tip the balance in the conflict, but it will not be fought by American troops. Second, spheres of influence are rarely uncontested, and Russia has thus far proven incapable of imposing its will on Ukraine, failing to achieve both its primary and secondary military goals in this war. As such, the boundaries of a potential Russian sphere of influence may in practice be far smaller than assumed prior to February 24. They may be limited to little more than Russia’s own borders.

Third, while much of the coverage of the war in Ukraine has been framed in this bipolar way—presenting the conflict as a struggle between Russia and the West—the response to the war has been far less clear-cut. Outside of Europe, most states have taken a more nuanced approach to the crisis.

Poorer African and Asian states have joined UN votes condemning Russia but have not joined sanctions. India has refused to take sides, a decision rooted in its partial dependence on Russian military exports, and has benefitted from cut-rate Russian oil exports. The Gulf States have for the most part carefully cultivated their neutrality, refusing to increase oil production or even to call the conflict a war. Meanwhile, Beijing has pursued cautious support of Moscow but has resisted any deeper political or economic involvement.

None of this suggests either that we are headed back into the post-Cold War unipolar moment, or that we are headed for a new Cold War-style showdown with Russia, or even with both Russia and China. Instead, it suggests that the world is increasingly fracturing into a more complex and multipolar environment, one in which America’s long-running foreign policy adventurism and overreach are liable to leave it overextended. For all the triumphalism of the Washington foreign policy narrative on Ukraine, it would be foolish for U.S. policymakers to assume that this war presents either a vindication of the liberal order or a repudiation of power politics and spheres of influence. Instead, it suggests that they must learn to navigate a world that is not divided into black and white, but rather, into many shades of gray.

Emma Ashford is a Resident Senior Fellow with the New American Engagement Initiative in the Scowcroft Center for Strategy and Security.