Is War Imminent in the Taiwan Strait? 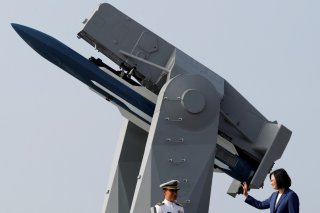 President Joe Biden was asked at a CNN town hall earlier this week whether the United States would protect Taiwan if China attacked. “Yes, we have a commitment to do that,” he said. Biden’s comments elicited swift condemnation from Beijing, with Chinese ministry spokesperson Wang Wengbin announcing within hours of the president’s town hall that there is no “room for China to compromise or make concessions” on the Taiwan issue. White House officials tried to walk back the president’s comments in the following days, clarifying that Biden was not announcing any changes to Washington’s established Taiwan policy. “The U.S. defense relationship with Taiwan is guided by the Taiwan Relations Act. We will uphold our commitment under the Act, we will continue to support Taiwan’s self-defense, and we will continue to oppose any unilateral changes to the status quo,” said a U.S. official.

Biden’s comments follow a familiar pattern of stark U.S.-China disagreement over the status and future of the self-governing island to the east of the People’s Republic of China (PRC), accompanied by rising military tensions and diplomatic demarches.

Ostensibly, Washington and Beijing share a basic understanding concerning Taiwanese statehood. As part of continued joint efforts to normalize the bilateral relationship in the 1980s, Washington adopted a “One-China policy” explicitly rejecting the notion that there are two sovereign Chinas, or one sovereign China and one sovereign Taiwan. But Beijing employs a different term when discussing the issue of Taiwan: “One-China principle.” Far from merely being a stylistic discrepancy, the two phrases convey sharply different visions of cross-strait relations.

“When the Chinese use the phrase One-China Principle, their principle is that there is only one China and Taiwan is part of China,” noted Paul Heer, a distinguished fellow at the Center for the National Interest. The U.S. One-China policy, explains Heer, agrees that there is only one China but does not inherently “accept the notion that Taiwan is part of the People’s Republic of China.” Rather, Washington believes that Taipei and Beijing should reach an agreement on how to “resolve the historical issue of the separation of Taiwan” from the Chinese mainland. Heer says that the current military-diplomatic tensions over Taiwan stem from Beijing’s perception that Washington and Taipei have largely abandoned the One-China framework.

China’s military has ratcheted up the pace and intensity of its military maneuvers near Taiwan’s borders, including a record number of incursions into Taipei’s air defense identification zone (ADIZ) over the past year. Some observers have attributed these moves to China’s “irredentist intent.” Elbridge Colby, co-founder and principal of The Marathon Initiative and former U.S. deputy assistant secretary of defense for strategy and force development, warned at an October Council on Foreign Relations (CFR) event that a “direct invasion of Taiwan is a very real possibility.”

I-wei Jennifer Chang, a research fellow at the Global Taiwan Institute, told The National Interest that China’s mounting domestic problems—including electricity shortages, a new wave of Covid-19 infections, and the threat of long-term economic contraction—could spur a potential Taiwan invasion scenario. “If political, financial, and social instability deepen in China, then the CCP [Chinese Community Party] could use the Taiwan issue to relieve some of the pressure from these domestic sources of discontent against Beijing and to galvanize nationalist sentiment in order to keep the CCP in power,” according to Chang. “There is a concern that when China is operating from a position of internal and external weakness that it could become emboldened to pursue a more aggressive foreign policy—and potentially use military action against Taiwan.”

But Heer says he does not see any evidence of imminent Chinese intent to attack Taiwan. In Heer’s assessment, China’s ADIZ incursions and other military actions are more intended to “alter the diplomatic positions of the government in Taipei and in Washington”—that is, to pressure Taiwan and the United States into returning to a mutual understanding of a One-China framework conducive to China’s peaceful reunification with Taiwan. “If they were planning to attack, I think they would be signaling in different ways, and they wouldn’t be signaling quite so blatantly. They would be thinking more in terms of how they could execute a military surprise against the island,” added Heer.

In a speech given on October 9—a move, according to Chang, deliberately timed to coincide with Taiwanese president Tsai Ing-wen’s “Double Ten” address on October 10—Chinese president Xi Jinping said that China prioritizes “peaceful reunification” with Taiwan. Xi did not explicitly renounce the preemptive use of military force against Taiwan. He likely never will, Heer noted: “What great power renounces the use of force in defense of what it sees as its vital, territorial sovereign interests?” Nevertheless, the speech struck a softer tone than Xi’s earlier July remarks, wherein he vowed to “smash” any attempts at formal Taiwan independence.

Beyond the long-established Washington-Beijing-Taipei axis, the cross-strait dispute is reverberating in unexpected places. Seldom a topic of mainstream political interest in Moscow, there has been an explosion of interest in the Taiwan question among Russian commentators and politicians in recent weeks. Alexey Maslov, professor at the School of Asian Studies at the National Research University Higher School of Economics and one of Russia’s leading China experts, sees several driving forces behind Moscow’s newfound interest in Taiwan. Maslov explained that the island has become a “jumping board to criticize U.S. policies in the Asia-Pacific and, firstly, in the Taiwan strait,” with some Russian commentators pointing to the U.S. military regional presence and the recent AUKUS partnership as the main culprits behind the build-up in tensions between Beijing and Taipei. According to Maslov, there is an expectation of reciprocity implicit in Moscow’s anti-American messaging on Taiwan—that is, the Kremlin hopes that Beijing will return the favor down the line by taking Russia’s side on a policy issue of existential importance to Moscow. But there are also more concrete problems of national security at play, according to Maslov. Moscow “has much concern with the security situation in the Taiwan Strait,” he said. “Russia does not want to be involved in any military operations in this region.”

These concerns were publicly expressed earlier this month by Russian president Vladimir Putin, who took the rare step of commenting directly on the Taiwan crisis at a recent energy forum. “I think China does not need to use force. China is a huge powerful economy, and in terms of purchasing parity, China is the number one economy in the world ahead of the United States now,” he said. “By increasing this economic potential, China is capable of implementing its national objectives. I do not see any threats.”

Maslov believes that Putin’s comments are “first of all, an address to China.” Russia, in Maslov’s interpretation, is “asking for China to consider non-military means to resolve this situation.” The invasion and occupation of Taiwan is, in Maslov’s assessment, a “red line” that the CCP does not want to cross. On the other hand, Maslov notes that peaceful reunification is as distant a goal as it ever was. Anti-Beijing attitudes have flourished in Taiwan in recent years, with large swathes of the population rejecting a national connection to mainland China and instead opting to identify as “Taiwanese’’ or “Taiwanese-Chinese.”

In the absence of more palatable options, Maslov believes that the only course left for Beijing is to freeze the Taiwan conflict for another ten years, applying a steady stream of economic pressure on Taipei in the meantime. Such an approach would be consistent with China’s overarching Taiwan strategy, according to Heer. “The Chinese goal is not so much to achieve unification, it is to prevent independence and separation so that they can resolve this at some future date. And so, I think freezing the conflict… would be, in that sense, acceptable to the Chinese, and it would certainly be acceptable to Taiwan, and, presumably, it would be acceptable to us if the alternative is conflict.”