We Are All Realists Now 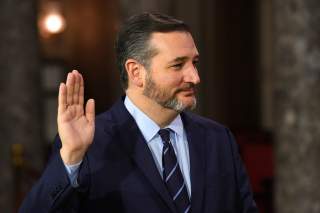 “Principled realism” is the term deployed by former National Security Council spokesman Michael Anton to describe Washington’s posture outward in the Donald Trump era. Indeed, a sweeping critique of U.S. foreign policy, as Anton recognized, was “one of the great themes the president ran and won on in 2016.”

Consonant with a National Security Strategy that emphasized the return of great power competition, Trump recognizes that the world has become a "much more competitive place," Anton explained in late 2017. Washington harbored an “unrealistic view,” said Anton, late of the offices of George W. Bush and Rudolph Giuliani, and now Trump is “realistic about what American power can achieve in the world.” There is “a frank recognition that the president's critique that he gave during the campaign, of the past couple decades of American foreign policy, that it tried to do too much, it overly defined what America's national interests were. … We have learned through hard experience, were perhaps not achievable with American power."

For foreign policy realists and critics of the U.S. post-Cold War orientation, new comrades-in-arms are always welcome. “It’s just plain that the 2003 invasion [of Iraq] was a mistake,” Anton told American Greatness shortly after Trump took office. Perhaps only John Bolton, the national security advisor, still defends the invasion. But Bolton shirks—and always has—the label neoconservative; his distaste for the democratizing aspects of American force leads many who have followed his thinking closely to label him an “offensive realist.” It’s possible that only inveterate anti-Trumpists such as William Kristol, late of the Weekly Standard, and Max Boot, the controversial Washington Post columnist, remain open neoconservatives. “Many of us were neocons,” a senior think tank official close to the administration told me this week. In short, to crib from President Nixon, it would seem that we’re all realists now. But does the current moment represent co-option more than it does cooperation? What is the path forward?

“Principled realism” is also the favored term of many at the Foundation for the Defense of Democracies, or FDD, the most effective foreign policy think tank of the Trump era, and as I’ve reported, the de facto shop for the administration on Iran. There are exceptions, but snippy critics have noted that even FDD has partially renounced its namesake. The group’s high-profile CEO, Mark Dubowitz, has extolled the virtues of an “inclusive authoritarianism” in the Middle East in recent months, referring to the partially-liberalizing Sunni autocracies, most prominently Mohammed Bin Salman’s Saudi Arabia and the United Arab Emirates of Mohammed bin Zayed.

Indeed, many see an emerging Trump doctrine. Ross Douthat in The New York Times earlier this year saluted “a chaotic administration’s unexpectedly coherent grand strategy.” Lee Smith writes on the broader Middle East in Tablet, an ordinarily hawkish outpost: “The U.S. public has already answered what constitutes an American victory—get out, now.” So why hasn’t America declared victory and gone home, even under Trump? For some, the rot is marrow-deep. Indeed, fresh research from the Eurasia Group Foundation posits a chasm between elite and lay preferences on foreign policy. “The results, while somewhat predictable from where I sit, do contradict other studies that are out there and a kind of think-tank industrial complex,” lead Eurasia Group Foundation researcher Mark Hannah told me. But the tide is clearly coming in. Harper’s Magazine, a leading light of American liberalism, attacks the protracted U.S. deployment in Syria this week. And Smith’s article this week got the attention of Ted Cruz, who has flirted—sporadically—with foreign policy realists before. “Important article by @LeeSmithDC on costs & risks of Middle East intervention,” Cruz tweeted this week. The Texas senator also made note of an address to this effect that he gave at the American Enterprise Institute, once the cerebral cortex of American neoconservatism, earlier this year.

But it is in the Middle East, more than anywhere else, where this seeming consensus could all break down. “The Middle East?” a Defense Department official told me. “We can’t see straight there, man.” Bluntly: among this “realist” cohort, there are those who want to take sides, and those who want fuller extrication. Even the Eurasia Group Foundation research breaks realists—or anti-Wilsonians—into two principal groups, Jacksonians and Jeffersons, a template originally outlined by Wall Street Journal editorial writer Walter Russell Mead, a favorite of many in the White House orbit. Jacksonians believe “that the most important goal of the U.S. government in both foreign and domestic policy should be the physical security and economic well-being of the American people,” while Jeffersonians “hold that American foreign policy should be less concerned about spreading democracy abroad than about safeguarding it at home.” Those views obviously aren’t prima facie contradictory. But it’s a battle of emphasis—with major implications.

Embracing those Sunni autocracies means streamlining normalization of modern Israel in part of the Middle East; it also means knifing Iran. And with this administration, that’s the view that’s winning out. Some want to go further—to put Turkey on notice. The controversial Frank Gaffney of the Center for Security Policy, who recently had an audience with the president, this week saluted U.S. cancellation of F-35 sales to Ankara, and hailed a “long-overdue recalibration” of the relationship with the “Sharia-supremacist” Recep Tayyip Erdogan, Turkey’s president.