What Can the U.S. Learn From Putin’s War in Ukraine? 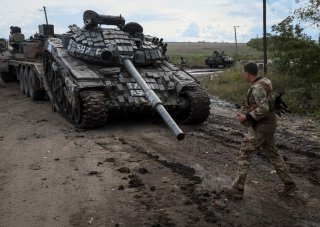 Why has Russia’s military failed to achieve a different outcome in Ukraine than in Chechnya decades earlier, despite years of modernization and investment? The answer lies in Russian president Vladimir Putin’s authoritarian leadership style. Although Putin has presided over decades of military modernization, he has not ensured consistent improvement in the Kremlin’s decision-making process. As a result, Putin is repeating in Ukraine many of the same mistakes that Boris Yeltsin made in Chechnya almost thirty years ago—and destroying Russia’s military in the process.

In mid-1994, Russia’s first post-Soviet president, Boris Yeltsin, was in a bind. Russia’s transition to democracy was failing, the military was crumbling, and the Russian Federation was fragmenting. Chechnya was the first republic to secede in 1991 and Yeltsin worried others might follow. He did not want his legacy to be the president of a stillborn Russian Federation, nor did he want to lose the 1996 presidential election. Yeltsin needed a win and perhaps prosecuting a successful war could help.

Surrounded by kowtowing advisors, Yeltsin’s ambition spurred a reckless military invasion of Chechnya. After a small decapitation-style coup failed to eliminate Chechen president Dzhokhar Dudayev on November 26, 1994, Kremlin hardliners—who had excluded moderate voices from the decision-making process—convinced Yeltsin to conduct a hasty full-scale invasion of Chechnya. Defense Minister Gen. Pavel Grachev told Yeltsin that he could “solve the whole problem with an airborne regiment in two hours.” On November 29, Yeltsin presented his decision to the Russian Security Council for their rubber stamp approval. Attendees were obliged to vote for an invasion that had begun the day prior with air strikes on Chechen targets.

Yeltsin’s war in Chechnya was a disaster. He underestimated the Chechens and ignored how unprepared the military was to conduct a large-scale invasion, even though the General Staff did not have any operational plans ready and needed at least three to six months to prepare elite units and conscripts. With minimal planning, Russian forces simultaneously attempted to seize Grozny—Chechnya’s capital—other main urban areas, and the countryside, but the plan was too ambitious. After almost two weeks of slow movement through unexpectedly difficult resistance, Chechen rebels quickly defeated an untrained, undisciplined, uncoordinated, ill-equipped, and undersupplied Russian attack on Grozny on December 31, 1994. Most of the attacking Russians died while more than half of their tanks and armored vehicles were destroyed. It was Russia’s worst single military defeat since World War II.

The Russian military regrouped and intensified its offensive, gaining control of Grozny by late February and remaining Chechen strongholds by mid-June. However, the offensive soon began to collapse as demoralized, overstretched, and ill-supplied Russian troops lost ground to motivated Chechen fighters. High-profile Chechen terrorist attacks inside Russia in 1995 and 1996, a successful country-wide Chechen offensive in 1996, mounting Russian casualties—particularly among conscripts—and decreasing Russian domestic support for the war eventually compelled Yeltsin to negotiate. Russian leaders agreed to a peace treaty in August that granted Chechnya de facto independence and the last Russian troops left Chechnya in early 1997.

The war destroyed the remnants of Russia’s great power image and prompted a decades-long process of military reform. During the late 1990s, the Kremlin reorganized the military’s administrative and command structures, unified the disparate air branches into a single service, and reduced the military’s strength from 3.4 to 1.2 million personnel. However, Russia’s poor economy and rising social problems prevented deeper reforms.

Russia’s loss during the First Chechen War set the stage for Putin’s rise from a relatively unknown government figure to the Russian presidency. When Yeltsin appointed Putin prime minister in mid-1999, Putin used a Chechen attack on Dagestan and a series of Russian apartment bombings as justification to invade Chechnya again in October 1999. Putin’s efforts to subdue Chechnya won widespread Russian support and contributed to his election in March 2000 to succeed Yeltsin. In contrast to Yeltsin’s previous war, Putin’s war was better planned and benefitted from sufficient forces, more modern equipment, improved combined arms coordination, better logistics, and strict press controls. Chechen infighting also enabled Putin to divide and conquer Chechen political elites during a grinding war from 1999 to 2009. However, the Russian military’s errors during the ten-year war revealed that further reforms were needed to improve conscript training, urban warfare operations and tactics, contingency planning, force coordination, and logistics.

Putin stated his intent to modernize the Russian military as early as 2000. However, deep reform was not possible until a rise in global energy prices during the 2000s allowed Russia to increase its defense budget. Using the failures of the 2008 Russo-Georgian War as an “internal bludgeon” to overcome resistance amongst the General Staff, Putin pushed forward with an ambitious New Look modernization program.

The New Look sought to fix problems that emerged both in Chechnya and Georgia, as well as to improve other areas that Russian leaders believed were necessary to make the military a twenty-first-century fighting force capable of deterring opponents. The major initiatives aimed to develop a more efficient, cost-effective, and combat-ready force through streamlining the command structure; decreasing the size of the officer corps’; reducing conscription; increasing recruitment of professional soldiers; reducing the total number of military units in favor of a smaller number on permanent readiness; reorganizing the ground forces, with the brigade as the building block; and modernizing weapons systems and other equipment. Russia’s military modernization and its successes in Crimea 2014 and Syria 2015 transformed the Russian military’s image from that of a broken force to an efficient, modern military.

But the world has gotten a closer look at the Russian military since Putin invaded Ukraine. Despite decades of military reform since Yeltsin’s failed 1994 Chechnya invasion, Putin’s invasion of Ukraine has yet to achieve its stated objectives. Rather than quickly defeating Ukraine as some experts predicted, Russia is bogged down in a grinding war of attrition. Putin has reprised Yeltsin’s role as the ambitious leader whose authoritarian decision-making process has led to a failed invasion.

Like Yeltsin, Putin’s ambition to keep his grip on power and cement his legacy in Russian history is driving failure in Ukraine. Whereas Yeltsin believed his legacy was preserving Russia’s territory, Putin believes his legacy rests on enlarging it, reclaiming territory in Russia’s so-called “near abroad” that was lost when the Soviet Union collapsed.

Putin’s ambition has propelled a failed, authoritarian decision-making process in which he has surrounded himself with a group of kowtowing advisors who have not provided sound military counsel or intelligence. During a February 21 security council meeting—just three days before the invasion of Ukraine began—Putin conducted an “orchestrated performance” with his closest advisors. Putin sat alone at an enormous white desk, about thirty feet away from the council, while his advisors sat together in “an array, like school children.” Putin listened as each advisor told him exactly what he wanted to hear: Russia must invade Ukraine. In separate interactions with his intelligence officials, they did not provide accurate intelligence to Putin. Rather, they simply told him what he wanted to hear. The Russian defense ministry has not provided Putin with an accurate picture of Russia’s battlefield progress while Putin himself does not comprehend the damage that Western sanctions have done to the Russian economy.

Putin’s authoritarian decision-making process enabled reckless military planning, which undermined Russian military strength. Putin simultaneously deployed almost all his available forces into Ukraine in a four-pronged attack to seize the country’s major urban areas. It was an overly ambitious plan, complete with a risky heliborne assault of the capital city Kyiv to quickly oust Ukrainian president Volodymyr Zelenskyy in a decapitation-style attack. The capital offensive failed and Zelensky emerged as an unexpected hero, rallying Ukrainian leaders and the media around Ukrainian nationalism.

Although some believe Putin had long planned the Ukraine invasion, many Russian leaders and soldiers were unprepared when the invasion began. Like the Russian military in Chechnya, this unpreparedness allowed Putin’s military in Ukraine to invade without a coherent combined arms campaign plan, sufficient supplies, a sound logistics plan, an accurate understanding of Ukrainian resolve, or a contingency plan. This has also inhibited the Russian military from operating according to its own military doctrine, strategy, exercises, and past successful operations.

Don’t Be Your Own Worst Enemy

Flawed decision-making processes are not just features of autocracies like Putin’s Russia. U.S. strategic-level decision-making also suffered from significant challenges during the Global War on Terrorism. Failures associated with the September 11, 2001, terrorist attacks and the 2003 invasion of Iraq are well-known, particularly regarding politicized military advice and biased intelligence. However, other examples can be found in each U.S. administration since then. Presidents George W. Bush and Donald Trump both developed reputations for unilateralism in their foreign policy, while President Barack Obama was known to maintain a close hold on his most ambitious policy initiatives, sidestepping the traditional national security decision-making process.