What Happened to America’s Plan to Reform the United Nations? 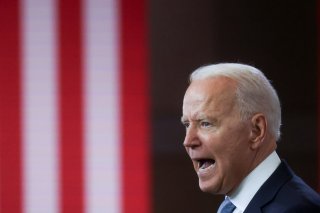 Last week, conservatives introduced legislation to address two pressing concerns involving international organizations: Rep. Michael McCaul (R-Texas) authored legislation combatting pernicious Chinese influence in the United Nations system. Also, Sen. James Risch (R-Idaho) and Rep. Chip Roy (R-Texas) introduced bills ensuring that the UN Relief and Works Agency for Palestine Refugees in the Near East (UNRWA) does not promote extremism. The Biden administration has acknowledged the need to address both concerns, so this should be an opportunity for a collaborative effort. Unfortunately, the administration seems uninterested in working with conservatives even when interests converge.

The prospects for cooperation looked good earlier this year. During her confirmation hearing for U.S. Permanent Representative of the United States to the UN, Ambassador Linda Thomas-Greenfield pledged to combat Chinese influence noting, “We know China is working across the UN system to drive an authoritarian agenda that stands in opposition to the founding values of the institution—American values.”

On UNRWA, Secretary of State Antony Blinken assured Congress in June that the administration was determined to “pursue very necessary reforms in terms of some of the abuses of the system that have taken place in the past, particularly the challenge that we’ve seen in disseminating in its educational products antisemitic or anti-Israel information.”

However, the administration’s efforts thus far seem not to have borne fruit.

President Joe Biden reversed former President Donald Trump’s decision to withdraw from the World Health Organization and promised to “strengthen and reform the WHO.” While the WHO Director-General expressed support for a follow-up investigation into the origins of the coronavirus, no meaningful steps have been taken to hold China accountable for its rejection of such an investigation. Nor has there been any concrete action to reform the organization.

Likewise, the Biden administration has pressed forward on renewed UNRWA funding despite the continued inclusion of anti-Semitic material in UNRWA textbooks and evidence of UNRWA teachers promoting extremism.

The lack of results is not surprising.

Securing reforms requires support from other member states. Historically, this has been difficult because most other governments either do not share U.S. concerns or benefit from the status quo. For instance, on accountability and budgetary issues, most countries pay a pittance for UN operations, while the United States pays a huge share. Unsurprisingly, these other member states do not share America’s views on effectiveness and budget prioritization.

More generally, different countries value activities differently, which makes it hard to prioritize, restructure, or even eliminate problems that seem blindingly obvious to most Americans. On anti-Semitism, for instance, the sad fact is many U.N. member states are overtly hostile to Israel, and this is reflected in anti-Israel bias in the U.N. system, including the Human Rights Council.

As a result, securing reforms in international organizations is a complicated endeavor requiring creativity and adjusting tactics to discrete situations.

Sometimes, slow and steady negotiation works. UN budget debates often work this way, with the United States getting some concessions on reform, but frequently having to agree to funding increases. These types of consensus negotiations are often influenced by brinkmanship and stubbornness. Careful navigating of the process, coordination with like-minded governments, and preparation are keys to success. But even in the best circumstances, progress is incremental.

When problems break out into the daylight, such as the Iraqi Oil-for-Food scandal or sexual exploitation by U.N. officials and peacekeepers, the United States can often use the attention to advance reforms that had been resisted absent public scrutiny.

At times, strong-arm tactics are appropriate. A successful example was the Trump administration’s threat to withdraw from the Universal Postal Union unless the organization renegotiated reimbursement rates for high-volume developing countries like China that were exploiting UPU subsidized shipping rules. Here, the United States had a specific goal, communicated it clearly to other governments, and laid the groundwork in advance. Most other nations were convinced that the United States was serious, recognized they were being asked to adopt a change that was targeted and knew that U.S. withdrawal would be more costly than the proposed reform.

By contrast, the erratic effort of the Trump administration to pressure the WHO to investigate the coronavirus is an example of how not to pursue reform. The United States shifted its demands and its timeline, undermining American negotiators. In the end, other governments wondered whether the United States was negotiating in good faith. Combined with strong pressure from China, the United States isolated itself.

At times financial pressure and withholding have been instrumental in securing reforms in the face of resistance or indifference. In such instances, however, it is extraordinarily helpful if the Executive Branch is backed by legislative demands. If other governments believe that the administration has the backing of Congress, threats of withholding carry more weight.

Biden should be familiar with the successful use of financial leverage. The Helms-Biden legislation he co-authored in the 1990s made payment of United States arrears contingent on specified reforms. It succeeded in achieving most of its objectives.

Unfortunately, the Biden administration seems to have decided to ignore a multiple, bespoke approach to reform and, instead, hopes to conjure reform through pronouncements of support and reversal of policies that cause friction with the organization and other member states.

The administration has renewed support for UNRWA, the WHO, and the Human Rights Council prior to securing reforms. His budget proposes paying arrears owed to the United Nations for the regular and peacekeeping budgets without condition.

Frequently, the president asserts that “America is back,” and his spokespeople stress the importance of having “a seat at the table.” But back at the table for what purpose? Surely for something beyond fostering goodwill and vague platitudes.

As the administration has acknowledged, many international organizations are flawed and in need of reform. In too many instances, China and other authoritarians have expanded their influence. Making preemptive concessions, accepting promises of reform that have been violated in the past, and eschewing leverage is not a recipe for success in addressing these concerns.

The president knows from personal experience that U.S. influence in international organizations crests when there is bipartisan consensus. The opportunity is present for the administration to work with conservatives in Congress to clarify desired reforms and maximize U.S. tools to realize them. If the president could find common ground with former congressional lawmaker Jesse Helms two decades ago, surely he can repeat that success today.

Brett D. Schaefer is the Kingham Research Fellow in International Regulatory Affairs at The Heritage Foundation.