What Saudi Arabia Wants From America 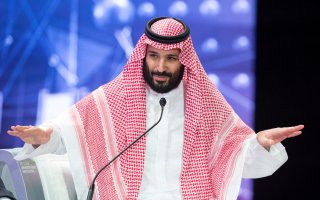 The first time I visited Houston, Texas, I was struck by how much it reminded me of al-Khobar, Saudi Arabia, the town I grew up in. It wasn’t just the heat and humidity—al-Khobar was laid out in the 1940s by Texas oilmen. Americans often think of Saudi Arabia as a deeply alien place, peopled by beturbaned men and women swathed in black, but this has always missed the ways in which my country is modeled on yours. Our oil infrastructure is based on your technology and know-how. Our healthcare system is built on your medical equipment and our patients are treated by U.S.-trained doctors. Our armed forces rely on your military hardware, and our soldiers are trained by your soldiers.

This is why it is so distressing to me, and to other young Saudis who grew up appreciating the U.S.-Saudi relationship, and who are excited about the possibilities for reform in our own country, to hear President Joe Biden call Saudi Arabia a “pariah” state with “no redeeming value.” Last month, Saudi Arabia’s crown prince reportedly refused to take the American president’s calls; last week, the prince instead had a telephone conversation with Chinese president Xi Jinping, in which the two men agreed to strengthen Saudi-Chinese cooperation, including coordinating Saudi Arabia's grand “Vision 2030” national development project and China's globe-spanning Belt and Road Initiative.

China has much to offer Saudi Arabia. To put it bluntly, China’s energy needs mean a thirsty market for Saudi oil, and a corresponding eagerness to provide our nation with the advanced technologies, engineered systems, and military hardware that we need to survive and thrive in an often-inhospitable part of the world. No doubt, China also sees cracking the once-solid U.S.-Saudi relationship—which controls the world’s oil supply—as a strategic victory for the so-called “Chinese model” in what many in both Beijing and Washington are describing as Cold War II.

China is hardly the cause of the souring of the US-Saudi relationship, though. Nor is there a Saudi plan to play China and the United States off each other in the hopes of getting a “better deal” from either partner. Rather, Saudi Arabia has started to look beyond America because our leaders have come to believe that America’s leaders are no longer looking after America’s national interests, let alone Saudi Arabia’s.

Saudi Arabia laments what it sees as America’s willful dismantling of an international order that it established and led for the better part of a century. In the last ten years, we witnessed the United States handing over Syria and Crimea to Russia while bending over backward to strike a “deal” with an Iranian theocratic regime whose national motto is “death to America” and seeks to develop nuclear weapons. Where once America upheld a global order that gave us security and access to America’s markets and know-how, and let Americans print money at will because we all stockpiled U.S. dollars—we now feel orphaned by an America that is happy to keep on spending money but has seemingly lost interest in holding and using power for the common good.

To be clear, we are not looking for U.S. troops to die for our oil. We want you to help us to develop the systems we need to defend ourselves. We want you to equip our armed forces with American-made weapons that not only make us stronger but which make you stronger, not least by creating jobs for American citizens.

But isn’t oil itself a big part of the problem? I’m a Saudi who works at a Saudi-owned media company and is a proud supporter of the crown prince’s efforts to liberalize Saudi society and diversify away from oil. Saudis are keenly aware of the price of global warming—we live in a desert—and of the fact that oil is a limited resource. That’s why the crown prince’s signature NEOM project, which involves the creation of a new technologically-advanced city in the desert, is also the single largest potential investment in urban green energy concepts on the planet, with a current budget of $500 billion. By contrast, the price tag on Biden’s discretionary green energy initiatives this year is less than a tenth of that number—$44.9 billion, according to the White House. If your goal is clean energy, NEOM should be your partner—not China’s partner.

Not everything that America does meets with Saudi approval, and the reverse is also true. But alliances that matter within the nation-state system are made not based on superficial whims or Tik-Tok campaigns but between countries whose common interests outweigh their differences and which value the basic welfare of their citizens when it comes to security, food, and jobs.

Simply put, an American government that seeks to stigmatize Saudi Arabia through childish name-calling while delisting the terrorist Houthi militia that fires Iranian-made missiles at Saudi cities, airports, and oil refineries, threatening our security and the lives of our citizens, is not behaving in the interests of both parties. The Saudis are rightly demanding that this kind of American behavior, which is destructive to us and to the alliance system, stop.

An America that seeks to reward Iran for decades of terrorism, warfare, and destruction—including the killing of hundreds of Americans in Lebanon and the killing and wounding of thousands in Iraq—with the capacity to build nuclear weapons is not behaving like a friend, but rather like an enemy.

An America that issues cavalier and insulting dismissals of a century-long partnership between two countries without valuing the tens of billions of dollars that Saudi Arabia spends in America, providing well-paying jobs for tens of thousands of Americans, and fueling American manufacturing and innovation, seems to disregard the interests not only of Saudi Arabia and its citizens but also of working Americans.

From the Saudi point of view, these bizarre assaults on the foundations of the U.S.-Saudi alliance and the regional security structure it supports cannot be understood within the logic that governs relations between states. It is the behavior of a pyromaniac, in which everyone loses.

Saudi Arabia will surely refuse to be a partner to its destruction. Aside from that, what it wants from the United States is for American industry to continue to lead the world and for American innovation to continue to be superior. The obsolescence and failure of American systems and manufacturing is a nightmare for a country that runs on American systems. Together, Saudi Arabia and the United States helped defeat the Soviet Union in Afghanistan and end the Cold War, bringing immeasurable benefits not only to both of our countries but to the entire planet.

As one senior official in Riyadh told me last week, “A strong, dependable America is the greatest friend Saudi Arabia can have.” It stands to reason, then, that U.S. weakness and confusion is a grave threat not just to America, but to us as well.

Mohammed Khalid Alyahya is a visiting fellow at Hudson Institute and the former editor-in-chief of Al Arabiya English.