Why America Will Rebound From the Storming of the Capitol 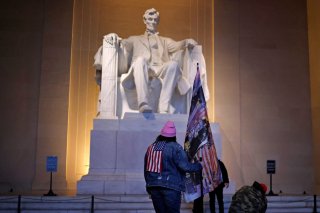 As one of the millions of Moroccan citizens who support progress toward democratic institutions and civil society in our country, I have always looked to the United States as a guiding light. In dozens of visits to Washington, I have learned about the workings of American government, its bedrock partnership between state and society, and the continuity of freedom and liberty which the separation of powers ensures. Whenever extremist ideologues within Morocco and other Arab countries attempted to portray American democracy as a “sham,” I argued back vigorously, with the truth on my side.

So, it was indescribably painful for me to see the images of bedlam and mob violence at the Capitol this week. I did not doubt for a moment that America’s deeply rooted institutions would prevail. What pained me was how despots around the world would inevitably seize upon these images to diminish the American example and justify their tyranny. No less unnerving was the scar I imagined this ugly, lethal confrontation would inflict on the American psyche. Indeed, true to form, populist media in most Arab countries exploited the storming and vandalism of Congress to the utmost degree, reporting with glee that lawmakers had fled the scene and the peaceful transition of power was imperiled. Some called the United States a “banana republic.” Meanwhile, friends in Washington, from both sides of the aisle, called me to express their anguish.

My response to both the Arab media onslaught and my American friends’ distress was the same: the tragedy at the Capitol was not the first of its kind and may not be the last of its kind, but it is incidental to the power and promise of American democracy. I told them that this great nation, which has survived civil war, political upheaval, mega-terrorism, and disaster, will apply rule of law principles to address the violence; resilient institutions to navigate the aftermath; and its own capacity for renewal to draw lessons from the experience that make America even stronger.

It was with tears in my eyes that I watched Vice President Mike Pence preside over a joint session of Congress, with dignity and pride, in certifying that his electoral rivals, Joe Biden and Kamala Harris, would be the next president and vice president of the United States. A founding document, ratified 231 years ago, had proved stronger than a feisty mob, and a long-serving statesman had made the only choice that befits his decades of devotion to the country.

So where to now?

Lincoln’s phrase “with malice toward none,” another of my favorite lessons from the American experience, could not be more prescient in the developing world today. In my own region, strongmen in some nations suppress their opponents with an iron fist while other populations, now engulfed in civil war, would sooner resign themselves to dictatorship than suffer the status quo. The ideologues who stoke these tragedies enjoyed a momentarily lift, as I have explained, from the spectacle of violence in Congress. Now that the violence has passed, their bogus narrative has deservedly suffered a setback. When, as I hope and believe, American leaders turn toward reconciliation and healing, they will not only serve their people but also serve as an example in distant lands.

President Biden, facing multiple crises in the months to come, has an opportunity to model unity by rallying the American people around the country’s values and institutions. He can apply one yardstick to mob violence, regardless of which faction or cause employs it, in upholding the rule of law. He can reach across the aisle, as he has done so admirably in his long career, to achieve consensus to solve national and global problems. Many peoples, facing strife vastly worse than this week’s bloodshed in Washington, will look to Biden to lead by example, then apply that example in his foreign policies. The health and security of the world depends on it—and I know in my heart that this duly elected American president, supported by his people and their institutions, will meet the challenge.