Why China Won’t Break With Russia Over Ukraine 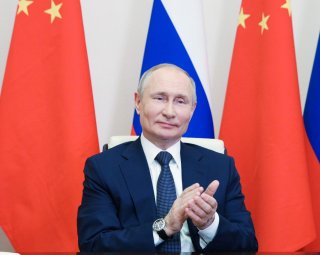 Consequently, China’s position can be formulated as follows: 1) China opposes military action, does not want it, and advocates an early peaceful settlement and the preservation of Ukraine’s territorial integrity; 2) China believes that Russia’s military action was sparked by provocative U.S. policy, first and foremost by NATO expansion; 3) Moscow’s reaction was excessive, and China should not follow such a path; 4) Russia remains a highly-important partner, and any peaceful settlement should take into consideration its legitimate concerns, as well as the concerns of Ukraine.

The idea that China considers Russia’s reaction to be excessive is indicated in particular by the fact that, in recent statements, Chinese officials have formulated their position in such a way that many can interpret it as a criticism not only of the United States and NATO for their power politics but also of other states, including Russia. China achieves this non-committal middle way by leaving certain subjects of criticism unspecified. For instance, when Chinese foreign minister Wang Yi met General Secretary of the Shanghai Co-operation Organization Zhang Ming, he called for: resolute opposition to the revival of a Cold War mentality and the creation of confrontation between blocs; categorical opposition to unlawful unilateral sanctions; respect for the purposes and principles of the UN Charter; and upholding international justice. However, Wang did not specify who was doing all of the above and not respecting international justice. The Chinese ambassador to Ukraine, Fan Xianrong, has given China’s position regarding Ukraine. According to Ukrainian media, when speaking in Lviv (the city to which China has moved its embassy), Fan stated clearly that China would continue to assist Ukraine in its development and respect the “path chosen by Ukrainians because this is the sovereign right of every nation.”

Overall, it seems that Beijing has not yet formed its final position, which may be subject to change throughout the conflict; however, its principal features are clear. On the one hand, China’s principled approach to protecting the territorial integrity of all states remains unchanged. This is due primarily to China’s own separatist problems and because it positions itself as the leader of the Global South countries, for many of which the issue of maintaining their territorial integrity is also one of their most acute problems. It is no coincidence that Beijing often states that there is no similarity between the situations involving Ukraine and Taiwan since the former is a sovereign state, whilst the latter is an integral part of the People’s Republic of China. On the other hand, Russia is a highly important partner of China in its confrontation with the United States, which has done a great deal in recent years to make Beijing understand that this confrontation is serious and set to last for a long time.

Consequently, current U.S. calls for China to assist in attempts to asphyxiate Moscow cannot have been received positively in Beijing, where they are well aware that, once the United States and NATO have finished with Moscow, they will redouble their efforts to rein in a solitary China. The United States will not be able to intimidate Beijing into changing its stance on Russia through anti-Chinese sanctions, since China would find the adoption of an anti-Russian policy self-defeating. Perhaps, the essence of the current U.S. proposals was summed up best by Liu Xin, the prominent Chinese television presenter for the English-language channel CGTN, when she wrote on her Twitter account: “Can you help me fight your friend so that I can concentrate on fighting you later?”

China does not stand to gain from a weakening of Russia. It is far more likely that Beijing will provide it with all possible assistance whilst trying to avoid the secondary effect of U.S. sanctions, for which it can make certain concessions in more sensitive areas, such as banking, whilst also persuading Russia to resolve the situation as quickly as possible. Nevertheless, close collaboration with Russia in the future will depend more on purely geopolitical interests than on a common vision of world order.

Alexander Lukin is Head of the Department of International Relations at HSE University and Director of the Center for East Asian and Shanghai Cooperation Organization Studies at MGIMO University, Moscow, Russia.