Why Cutting off Aid to Hamas Is Insufficient 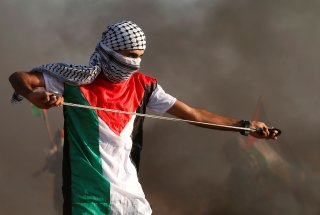 Hundreds of millions of dollars in humanitarian aid is pouring in from around the world to rebuild Gaza after the recent war between Israel and over a dozen Palestinian terrorist groups. But rebuilding a territory that is controlled by Hamas, a U.S.-designated terrorist group, is complicated. American laws place conditions on the flow of funds. But it’s not that simple. The UN Relief and Works Agency (UNRWA), the UN agency tasked with aid distribution to the Palestinians, doesn’t consider Gaza’s violent extremist groups to be terrorist organizations. Not even Hamas.

Despite this, donor countries promise to prevent the aid from going to terrorists. It’s noteworthy that many of these donor countries—including the United Kingdom, Canada, Australia, and New Zealand, have also designated Hamas entities under their terrorism laws. Secretary of State Antony Blinken announced that the United States would “work with partners to ensure that Hamas does not benefit from these reconstruction efforts.” UNRWA is one of those partners. It is currently slated to receive $150 million of U.S. taxpayer funds this year. Unless the State Department makes funding to UNRWA contingent on the agency’s compliance with U.S. terrorist designations, U.S. taxpayer funds could flow to any one of the fifteen Palestinian terror groups that launched rockets indiscriminately into Israel during the course of the recent war.

Indeed, Hamas is not the only concern. At least three groups that the United States formally regards as terrorist entities participated in the Hamas-led campaign against Israel: Palestinian Islamic Jihad (PIJ), the Democratic Front for the Liberation of Palestine (DFLP), and the Popular Front for the Liberation of Palestine (PFLP), according to Joe Truzman of FDD’s Long War Journal.

UNRWA’s procurement contracts suggest that funds are already flowing to PFLP affiliates. As recently as March, UNRWA was funding the Union of Health Work Committees (UHWC), a Gaza-based entity with extensive links to the PFLP. Earlier this month, Israel charged several staff members from UHWC’s partner organization with funneling funds to the PFLP. Like Hamas, the PFLP receives financial backing from Iran. The PFLP’s “political and military wings” have been receiving financial and logistical support from Iran since at least 2013, according to a Gaza-based Palestinian journalist. Iran’s financial support for both Hamas and PFLP is well-documented in official Iranian government media.

Over the eleven days of the recent conflict, the PFLP’s military wing circulated videos of its uniformed fighters launching projectiles at Israel, posted obituaries for its fighters, and claimed credit for Arab Israelis injuring IDF soldiers inside Israel. Despite conclusive proof that the PFLP receives funding from Iran to carry out terror attacks against Israel, UNRWA continues to send U.S. taxpayer funding to UHWC, a PFLP entity.

On May 18, the PFLP posted a photo on social media of a destroyed Palestinian building and demanded that UNRWA take care of the building’s former inhabitants. In a May 25 Arabic-language post on Telegram, the PFLP berated the head of UNRWA for admitting that Israel conducted military strikes with “precision” and “sophistication.” The outcry from the PFLP and other Palestinian terror groups led UNRWA’s Gaza director Matthias Schmale to amend his original statement. Palestinian factions subsequently declared Schmale to be persona non-grata in Gaza. These episodes provide a glimpse into the power dynamics in Gaza. So long as Palestinian terrorist groups run Gaza, UNRWA will continue to operate at their behest.

With Washington now set to provide Gaza with humanitarian assistance, Congress must condition U.S. aid to ensure it does not flow to terrorist entities. UNRWA is unlikely to adopt aggressive policies in this regard. But Congress can take concrete steps to ensure that UNRWA does not become a pass-through for funding to terrorists. The State Department should warn that it will halt and recover U.S. funding if UNRWA fails to comply with the letter and spirit of American laws to prevent the financing of terrorism.

Since UNRWA has sent over $4.8 million to the PFLP-linked UHWC, Congress may already be justified in opening an investigation. As of today, UNRWA is subject only to a biannual audit conducted by the People’s Republic of China’s representative to the UN Board of Auditors. Congress should not have to depend on China to ensure that U.S. taxpayer funding is being spent appropriately.

Congress should also address another major UNRWA failing: The agency’s schools teach violence and anti-Semitic rhetoric. Future U.S. assistance to UNRWA should be conditioned so that textbooks used in UNRWA schools do not include anti-Semitic content, incitement, or extremism.

In the coming months, the State Department will work with Israel and Egypt to identify mechanisms to prevent Hamas from refilling its coffers. But until UNRWA takes concrete steps to prevent funds from flowing to Palestinian militant groups that participated in the recent war, there is a loophole. The need for humanitarian aid in Gaza is real. It’s time for Congress to ensure that aid doesn’t flow to Palestinian terrorist groups, by holding both the State Department and the United Nations to account.

Julia Schulman is senior director of special projects at the Foundation for Defense of Democracies, a Washington, DC-based, nonpartisan research institute focused on national security and foreign policy.