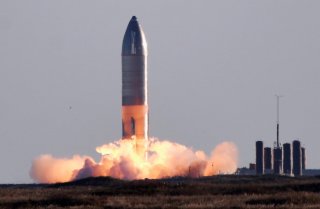 There is a perfect storm in America. “Fake news,” perhaps the greatest linguistic contribution Donald Trump has made to the English language during his presidency, continues to drive political polarization. The problem, of course, is that partisans differ about what is fake. Polemics trump analysis and, in an age of 24/7 cable news and almost instantaneous social media, few both to analyze the statistics driving arguments.

Perhaps the most memorable book I read in college was the 1954 classic How to Lie with Statistics. It was a tongue-in-cheek account of how journalists and academics often twist or misuse statistics. Peter Salovey, the professor who assigned it (and now the president of Yale University), insisted his class read the book to learn to read more critically. It was one thing to read about how people manipulate statistics, but it was another thing to understand the theory and method behind more complex statistical analysis. In high school, I competed in the science fair circuit, and in college, I pursued a biology degree. I often had to run statistical analyses, but the theory behind the computer analyses and regressions was beyond me; it still is. I may be a cynical reader, but I am far from statistically literate. I suspect most Americans are.

Alas, while politicians and big tech descend the slippery slope of censoring news and opinion, often inconsistently so, there is little attention to how to enable Americans to read more critically. Relying on government or corporate censorship automatically erodes liberty. To teach Americans how to better assess data and draw accurate conclusions, however, empowers it. The last week’s chaos shows that national security requires such education. Unfortunately, rather than prepare students to evaluate and understand statistics, America’s high school math curriculums remains rooted in a past crisis and do little to serve students or their country.

The core of the problem is that high schools make calculus the top rung on an elite ladder and largely ignore statistics. Calculus did not always have such an exalted place. It was only during World War II that the U.S. government’s interest in math education peaked as the military assessed officers lacked adequate math skills to complete their jobs, which was a danger to national defense. In 1944 and 1945, the National Council of Teachers of Mathematics issued a series of recommendations aimed to instill “functional competence” in mathematics for American students.

In the years after World War II, the “New Math” movement pushed for the introduction of calculus at the high school level as part of a more rigorous math program. There was a broad sense then as now that secondary school math instruction was failing its students. In the 1909-10 school year, for example, almost 57 percent of high school students had enrolled in algebra. Just forty-five years later, that number had dropped to 25 percent. The study of geometry witnessed a similar decline over the same period, from 31 percent to just over 11 percent.

In order to rectify this, in 1951, the University of Illinois established a Committee on School Mathematics with financial support from both the U.S. Office of Education (it would not become a formal Department until 1979) and the Carnegie Corporation. The group published several high school math textbooks seeking to regularize and advance instruction. Then, in 1955, the College Entrance Examination Board formed a Commission on Mathematics to investigate the “mathematics needs of today’s American youth.” The Commission recommended a curriculum to better prepare students for college and produced a twelfth grade textbook on probability and statistics. In 1959, the same group proposed high schools teach “modern mathematics” like linear programming and probability, two fields upon which contemporary mathematicians were increasingly focused.

The Soviet launch of Sputnik, the world’s first artificial satellite, on October 4, 1957, shattered the drive toward statistical literacy. Until that day, most Americans believed the free world had the technological edge. The Soviet success created a crisis in education as American leaders, politicians, and educators across the partisan divide understood that American education lagged behind the Soviet bloc in math and science. To regain the edge in the space race meant teaching American students calculus and the math necessary for them to become rocket scientists. This was the genesis for the National Defense Act of 1958, the first major federal foray into education since the 1917 Smith-Hughes National Vocational Education Act. For the first time, the 1958 law made funding available explicitly for new programs in mathematics education and elevated the instruction of calculus.  A House of Representatives report from the time declared, “It is no exaggeration to say that America’s progress in many fields of endeavor in the years ahead—in fact, the very survival of our free country—may depend in large part upon the education we provide for our young people now.”

In 1959, the College Entrance Examination Board warned against introducing calculus too early, although this was largely due to a shortage of qualified staff. Within two years, however, the Mathematical Association of America had issued a plan for training future teachers and rigorous academic standards they should meet and, just two years after that, the 1963 National Science Foundation conference argued that by the end of twelfth grade, students should have “the equivalent of two years of calculus, and one semester each of modern algebra and probability theory.” Calculus instruction took off. In 1955, 285 calculus students took the Advanced Placement test. Less than twenty years later, that number surpassed fourteen thousand. Today, perhaps eight hundred thousand American high school students take calculus, a twenty-fold increase over forty years. Put another way, in 1990, seven percent of American high school graduates completed calculus; by 2009, that number had increased to 16 percent. The Advanced Placement calculus exam has become less about the joy of learning, sincere interest in math or a springboard into engineering or physics than a rite of passage for those in competitive school districts and private schools to seek advantage in admission to elite colleges. Most university calculus students are likewise checking the box on distributional or pre-med requirements. They may cram for a test, but retain little just months after finishing the last test.

As NASA landed a man on the moon and the United States regained its Cold War confidence, some educators began reconsidering the emphasis on calculus. After all, as the National Council of Teachers of Mathematics wrote in April 1980, “It is dangerous to assume that skills from one era will suffice for another.” Nevertheless, calculus remains the cap of almost every math curriculum.

As the world becomes more data-driven, however, mastery of statistics is generally more important than calculus. In 1923, the Mathematical Association of America recommended junior high schools include introductory statistics, and high schools teach a stand-alone statistics course. In a 1924 address to the New York Section of the Association of Mathematics Teachers, Godfrey Thomson, one of the most prominent education scholars of his day, argued that “an understanding of [statistical] interpretation is more and more needed in everyday life, in newspaper reading, in comprehending the appeals of this or that political party.” He explained, “Statistical ideas form links binding together many other subjects as far apart as biology and physics, insurance, and engineering.” He was not alone.

As calculus inclusion gained momentum in high school curricula, some scholars pushed back. A College Entrance Examination Board commission led by Princeton Professor Albert Tucker, for example, found that statistical literacy was valuable for all students, regardless of their college aspirations.

In 1974, the National Advisory Committee on Mathematics Education met to examine mathematical objectives, practices, and attainments. It found that “While probability instruction seems to have made some progress, statistics instruction has yet to get off the ground” and recommended, “integration of statistical ideas throughout the curriculum at all levels” and development of statistical courses targeting both ninth and twelfth graders. In the 1980s, the National Council of Teachers of Mathematics seemed to endorse this approach but little occurred in practice. The same occurred with a 1990 Mathematical Science Education Board/National Research Council study which lamented “rarely are children introduced to any mathematics (such as statistics or topology) discovered less than a century ago. Children never learn that mathematics is a dynamic, growing discipline.” It urged secondary schools “to introduce the entire spectrum of mathematical sciences: . . . data analysis, probability and sampling distributions, and inferential reasoning.”

This helped contribute, in 1997, to the first Advanced Placement statistics exam, an event which one college educator recently explained to me occurred despite the best efforts of “the calculus mafia.” Teachers unions also opposed the elevation of statistics less because of its pedagogical benefits and more because a serious statistics curriculum required substantive teacher retraining. Still, students taking the test have increased substantially, from 7,551 in 1997 to 215,840 two decades later. Still, this is just a fraction of those who took AB or BC level calculus exams. In New York City in 2020, only 132 out of 427 high schools (not including charters) reported offering statistics instruction.