Why Iraqi Kurds are Heading for Europe 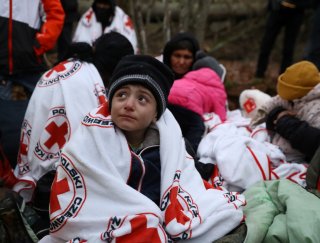 Europe is facing another humanitarian crisis on its doorstep, this time on the border with Belarus. As before, many migrants waiting to cross into the European Union are from the Middle East, with this episode mostly involving Iraqi Kurds, according to reports. Unlike in 2015, they are not fleeing ISIS or war, but are escaping a situation borne of political malfeasance and neglect by their own government. And, Europe and the United States have played a role in exacerbating the crisis.

According to recent reports, there are around 5,000 migrants stranded on the Belarussian border with Poland. These migrants travel to Belarus because it is one of the few destinations where Iraqi citizens can get visas on arrival, a recent change made by Belarussian president Alexander Lukashenko in order to weaponize the migration issue in retaliation for the European Union’s (EU) criticism of its human rights record. Belarus has a long border with Poland and is considered a safer way to get to the EU compared with the Aegean Sea route. In response, Poland has deployed 15,000 soldiers on its border to prevent these refugees from entering the country. Several refugees have died as weather conditions deteriorated.

As a member of the Iraqi Council of Representatives, I received dozens of phone calls from my constituents seeking help for their loved ones on the Belarus border. I dealt with other Kurdish refugees who ended up in Syria’s Azaz town, under the control of Syrian rebels. There were Kurdish refugees in Libya, which were among the most complicated cases to resolve. Kurdish refugees also suffered in Italian or French refugee camps. Despite these risks, the number of Kurdish families leaving the region for Europe continues to grow day by day.

To reduce the pressure on the Belarusian border, in August 2021, the Iraqi government decided to stop direct flights between Iraq and Belarus and suspended Belarussian visa processing. Furthermore, it launched an awareness campaign to explain the risks associated with irregular migration, but these steps have not convinced people from making the attempt by using workaround routes through Beirut or Istanbul. The migrants post videos and updates on Facebook, cursing the Kurdistan Regional Government (KRG) and expressing their determination to get to Europe at any cost. Indeed, an elderly Iraqi Kurdish refugee in France’s Dunkirk recently appeared on social media, saying that “there is no hope in Kurdistan… We are in debt now, but when we reach [the United Kingdom], it is going to be good... I encourage everyone to come.”

But why are these people risking everything to reach Europe? Over the last several years, middle-class Kurdish families from the Iraqi Kurdistan Region have been facing a devastating financial crisis, which exacerbated pre-existing inequality and injustice. KRG employees have not received their salaries for months and had their wages cut by up to 50 percent amid disputes with Baghdad over oil revenue sharing. Unemployment is at an all-time high, and the government offers few benefits as a social safety net. The prices for fuel, basic commodities, and real estate have skyrocketed and many public services are being privatized, including electricity, healthcare, and education. The income of average Kurdish families continues to decline, but prices are going up. Many of these changes are pushed under World Bank and International Monetary Fund guidelines, the so-called reform packages by the KRG. These are hailed by the EU and the United States, and they ask the KRG to do even more. These neoliberal reforms are not the driving reasons for poverty in the Kurdistan Region, but they have exacerbated growing inequality. The ruling elite has been criticized by local and international observers for corruption, nepotism, and employing monopolies. But in the past, despite the corruption, the public enjoyed government-subsidized fuel, free healthcare, free education, government loans for housing and agriculture projects, and enjoyed some political optimism due to a more active parliament and a free press. But recently these have all fallen by the wayside.

Nevertheless, the EU and the United States continue to support the KRG, preferring to remain silent in the face of all its abuses of democracy and rule of law. Therefore, many people see them as complicit in those abuses by propping up the Kurdish ruling elite. People know that the United States and EU allow Kurdish politicians to buy estates and businesses in the West with tens of millions of dollars in corruptly obtained funds. Last month, when I ran for office again, many of my constituents told me that they trusted me, but they did not want to vote for anyone because they believed that elections under the current ruling elite would not change anything for them. They were discussing two options: removing the existing ruling parties by force or leaving the country forever. Many have chosen the latter, but those who believe in the first option grow day by day. Unless there is a way to change things peacefully, sooner than later the problems that could have been addressed at home will be dealt with on the doorsteps of the EU and the United States.

Sarkawt Shamsulddin was a member of the Iraqi Council of Representatives and deputy chair of the Iraq-US friendship Committee.