Why Is Israeli-Palestinian Violence Returning to Jenin? 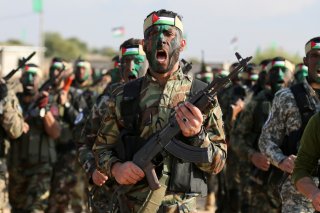 The tragic death in Jenin of Al Jazeera correspondent Shireen Abu Aqleh has made that city synonymous once again with Israeli-Palestinian violence. Little known outside the northern West Bank city of Jenin is that it had been relatively peaceful for almost fifteen years before the outbreak of the COVID-19 pandemic and that the city benefited greatly from Israeli Arab tourism and investment. It is not yet known whether the bullet that killed Aqleh was fired from an Israeli or a Palestinian weapon. Yet even if that mystery were solved, it would not reverse the transition of a once peaceful city to a focal point for militant organizations competing for status as they await the inevitable demise of ill and aged Palestinian president Mahmoud Abbas.

In the world of Palestinian militancy, Jenin is regarded as the bastion of Palestinian “resistance” in the West Bank, both past and present. It serves as a hub for several U.S.-designated Foreign Terrorist Organizations (FTOs), including Hamas, Palestinian Islamic Jihad (PIJ), and Al-Aqsa Martyrs Brigades, along with other Islamist organizations.

During the second intifada, from 2000 to 2005, terrorists used Jenin as a launch point to carry out numerous suicide bombings inside Israeli cities and communities. Due to repeated terrorist attacks originating from the West Bank in 2002, the Israeli government authorized the Israel Defense Forces (IDF) to enter Jenin as a part of a broad military operation to remove the threat.

That battle left its scars on all sides. For the Israelis, it was mostly remembered for the high number of combat losses, including an ambush that killed thirteen reservists, by far the IDF’s biggest setback during the entire 2002 offensive. Indignation and frustration with foreign media and human rights organizations reporting on a “massacre” that hadn’t actually happened permanently cemented a skepticism about global public opinion that had until then been a province of parts of the Right alone.

For Palestinians, the battle left memories of effective resistance. Jenin was the one locus of combat where militants put up enough of a fight to do real damage to the Israeli army. But the images of the destruction at the site of the ambush also had a long-term impact, as did the loss of so many militant fighters and leaders.

This trauma defined Jenin’s reputation, but less memorable events steered the city back toward a more peaceful existence. In 2005, the Israelis withdrew from four West Bank settlements in the Jenin region, the same week as the more dramatic Israeli withdrawal from the Gaza Strip. It rendered Jenin the only major West Bank town without a real settler presence in its immediate environs.

The absence of settlements changed completely the character of the IDF’s presence. Its troops were, on the one hand, much freer to enter the city and carry out arrests. And at the same time, they were not there protecting settlements or manning checkpoints around roads to settlements. This, combined with extensive U.S. and European involvement in training the local Palestinian police force, brought Jenin a surprising measure of quiet for a period of about fifteen years, buttressed by a quiet stream of Arab Israelis from across the Green Line coming to Jenin to shop, invest, and do business.

All this started coming apart with the pandemic lockdowns in 2020 and the burgeoning internal rivalries of various Palestinian armed factions gearing up for an inevitable succession battle in the Palestinian Authority, as Abbas rounds out his ninth decade and begins the eighteenth year of a four-year term in office.

The Gaza conflict in May last year accelerated the return to violence. The escape of six militants (most of whom are members of PIJ) from a prison in northern Israel, just across the line from Jenin, also rallied fighters across the Palestinian territories. Lastly, IDF operations in the West Bank throughout 2021 resulted in an unusually high number of militant deaths.

These deaths prompted terrorist organizations in Jenin to reorganize and establish a joint operations room to respond to IDF incursions more effectively. The result was a marked increase in clashes with IDF troops.

Exacerbating the problem in Jenin was a wave of high-profile terrorist attacks deep inside Israeli territory beginning in late March this year. In some cases, the attackers were identified as residents of Jenin, which intensified both the almost daily IDF operations in the city and the militant’s response to the added incursions.

Though investigations are ongoing, the daytime raids by the IDF were a possible contributing factor in casualties, as the IDF usually operates at night, when fewer pedestrians are around. On several occasions, including when Aqleh and an Israeli counter-terrorism officer, Noam Raz were killed, the IDF operated in Jenin during the day.

At the extremes of violence and of (relative) quiet, Jenin, a city with little religious or symbolic importance to either Jews or Arabs, told its own story of conflict.

Once the nest of suicide bombers and Israel’s most aggressive military action in the West Bank, it became an island of calm. The combination of foreign training for Palestinian police, the evacuation of nearby Israeli settlements, and the continued presence of the IDF was something of an experiment in “managing the conflict.” Two months into a renewed wave of violence centered around Jenin again, that experiment might be nearing its end.

Shany Mor is an adjunct fellow at the Foundation for the Defense of Democracies. Follow Shany on Twitter @ShMMor.

Joe Truzman is a research analyst at the Long War Journal, a project of the Foundation for Defense of Democracies, a nonpartisan research institute. Follow Joe on Twitter @JoeTruzman.