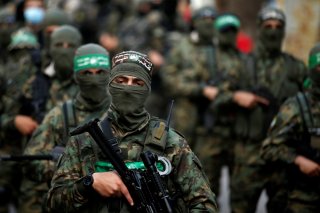 After a five-month delay, the U.S. Senate confirmed Thomas Nides as the Biden administration’s ambassador to Israel. An uncontroversial nomination, Nides served as one of Hillary Clinton’s top deputies at the State Department and is a seasoned Democratic Party operator. Once in Jerusalem, Nides will face myriad challenges, including the potential for the Palestinian Authority (PA) to implode if its aged, ailing, and deeply unpopular president, Mahmoud Abbas, departs the scene without a successor in place. To forestall a potential succession crisis, and fend off the worst-case scenario of a Hamas coup, Nides and the rest of Biden’s national security team should learn from the George W. Bush administration’s successes and demand that Abbas lay the groundwork for a predictable succession.

Abbas is a heavy smoker who will turn eighty-six this month. Elected by a landslide in 2005 on promises of reform and transparency, Abbas is now in the sixteenth year of a four-year term. Polling shows that about three-quarters of Palestinians believe Abbas should step down. A prostate cancer survivor, Abbas is reported to have a heart condition and is rumored to suffer from stomach cancer. In 2018, he visited a Baltimore hospital and was hospitalized for tests.

Shortly before his hospitalization in 2018, Abbas revised the PA succession process to keep power out of Hamas’ hands. The changes amounted to an end-run around the Palestinian Basic Law—the closest thing the PA has to a constitution. The Basic Law in its original form directed that if Abbas resigned or died in office, the leadership of the government would go to the Speaker of the Palestinian Legislative Council (PLC)—a position now held by a Hamas activist—for up to sixty days until new elections can be held.

Instead, Abbas declared that the Palestinian Liberation Organization (PLO)—of which Hamas is not a constituent group—would pick his successor, ruling out Hamas as a beneficiary. Abbas then dissolved the Palestinian Legislature in 2018 and stacked the judiciary with loyalists in 2019, further consolidating power in the executive.

By concentrating autocratic power in his own hands, Abbas heightened the risk of a crisis if he is suddenly incapacitated. Furthermore, Abbas has not groomed a successor within the ranks of the PLO or his own Fatah faction. There are a handful of possible candidates; However, Abbas has not elevated any one of them, laying the table for an ugly power struggle upon his departure.

In the absence of such a leader, it is possible once Abbas is gone that Hamas would launch a violent campaign to take over the West Bank, as it did in Gaza in 2007. Yet even if there were snap elections, the pervasive corruption and abuse of the Abbas era have created a situation in which Hamas would likely come to power through elections. According to September elections polling, Hamas would make a clean sweep in Palestinian elections.

This situation may seem almost hopeless, but George W. Bush confronted a similar predicament in the twilight of the Yasser Arafat years. Known for his charisma, his ability to inspire and to incite, and for his total monopoly on the levers of power, Arafat held all the myriad titles and offices of Palestinian leadership.

In his signature peace plan, Bush made U.S. engagement in the peace process contingent on Arafat making concessions upfront. This was the plan’s major strength. Bush was committed to incremental reforms, and he pressured Arafat to make changes that would enable a transition of power.

Bush’s performance-based strategy had some success. In 2002, the PA established the Palestinian Basic Law, created a High Judicial Court, and appointed Mahmoud Abbas—at the time a reformer who rejected terrorism—to the newly-created position of prime minister.

As prime minister, Abbas was ultimately unsuccessful in asserting independence from Arafat, who undercut him at every turn, and Abbas resigned several months after his appointment. However, the Bush administration’s support for Abbas was unmistakable, bolstering him despite Arafat’s attempts to undermine him. Abbas did successfully leverage the platform to raise his own profile, gaining recognition and support of Palestinian voters, ultimately leading to his landslide election after Arafat’s death.

So far, the Biden administration has been missing in action on the question of Abbas’s succession. In light of Abbas’s consolidation of power and the lack of an heir apparent, U.S. engagement should be used as a lever to encourage Abbas to empower a successor.

When faced with the conundrum of Palestinian succession, Biden can learn from Bush. Washington’s message for Abbas—from Nides, from other key officials, and from Biden himself must be clear: Abbas should prepare for a stable transition.

Enia Krivine is the senior director of the Israel Program and the FDD National Security Network at the Foundation for Defense of Democracies. Follow Enia on Twitter at @EKrivine.