Why Strategic Ambiguity Is No Longer Viable For U.S.-Taiwan Relations 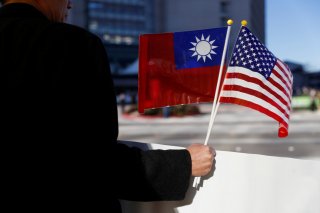 Although some still hold a positive outlook for the trajectory of U.S.-China relations, many more now see different versions of a Cold War 2.0 as the basis for the interactions of the two hegemons. As more countries around the world start to flock to either one of the two camps, Taiwan, sandwiched in this rising power rivalry, has also been thinking about its next step. Some have advocated Taiwan follow a hedging policy or maintaining an equal distance between both countries to maximize its flexibility should geopolitics change dramatically. Such a viewpoint is wrong. As U.S.-China rivalry intensifies, it is in Taiwan’s best interests to stand closely with the United States and its allies as a global partner. It is also essential for U.S. policymakers to understand the Taiwanese debate dynamics on U.S. and China policy because U.S. policy vis-à-vis Taiwan certainly shape the broader agenda.

What is Strategic Ambiguity?

Strategic ambiguity has been the reigning doctrine of U.S. foreign policy in the triangular U.S.-Taiwan-China relationship. The doctrine’s detail has never been specified, but policymakers in Taiwan and China, as well as international observers, believe that it entails the following two notions. First, the United States remains uncommitted to the policy goals for both sides of the Strait and also does not commit to a certain course of action in the case of a cross-Strait contingency. Second, cross-Strait relations shall be dealt with in a peaceful manner, which allows the United States to secure its national interests in the Taiwan Strait and East Asia. In a nutshell, the policy strives to maintain a delicate balance that both sides would think twice before taking actions that break the status quo, which hinges on both sides not knowing for certainty what the United States would should a conflict arise.

Fulfilling this policy in practice is no small feat. Multiple U.S. administrations still remember the difficulties of having to persuade leaders from both sides of the Strait to let cooler heads prevail. When that failed, the United States often finds itself striving to find ways to restore the previous order, whether that means repeatedly sending aircraft carrier battle groups to put out China’s hopes of taking Taiwan back by force or disciplining Taiwan’s pro-independence leader, Chen Shui-Bian. So far, the policy has been successful in keeping relations between Taiwan and China war-free.

As intentions start to flare up in U.S.-China relations, many have started to wonder whether the strategic ambiguity policy is still sensible in this new environment. The Trump administration has been revamping U.S. policy to China, and relatedly, to Taiwan. The basis of this radical shift comes from U.S. policymakers now realizing that as China continues to gain strength, so does its ambitions, which inevitably leads it to sabotage U.S. national interests in many international issues. For instance, China has disregarded the International Court of Arbitration’s 2016 ruling on its South China Sea territorial disputes and has continued to militarize reefs and corals in the area. Thus, previous proposals of cooperation and existing cooptation with China have now been replaced with containment.

The new global order has made U.S. policymakers aware that the strategic ambiguity has largely left Taiwan underprepared for an armed conflict with China. In the Bush and Obama administrations, although the United States had been selling weapons to Taiwan, the policy does not prevent China from breaking the military balance across the Strait—China has been increasing its military budget and modernizing its military capabilities. In the past, this widening gap is not an issue for the United States since China did not threaten the U.S. leadership at the world stage. China chose to bide its time, and cross-Strait relations enjoyed years of tranquility.

The United States now realizes that it is of critical importance to assist Taiwan in standing up against China. Consequently, in recent years, we have witnessed major breakthroughs in U.S.-Taiwan relations not seen before, including more frequent arms sales, the increase in the number of pro-Taiwan legislation in Congress, and visits from senior officials in the administration. The United States has not officially abandoned its policy of strategic ambiguity, but the change of geopolitical situation paves the way for a reconsideration of the policy.

The Tsai Ing-wen administration in Taiwan welcomes the new approach and the warming of U.S.-Taiwan relations. Surprisingly, some of the harshest critics of this policy change come from within Taiwan. As opposed to putting all the bets on the United States, the major opposition party, Kuomintang (KMT), argues that the Tsai administration should use a policy of hedging to maintain similar levels of diplomatic ties with the United States and China as well. Another version of this strategy aspires to maintain equal distance with both great powers, hoping that neutrality would prevent Taiwan from being getting involved in a great power conflict. Proponents of the hedging strategy are skeptical of U.S. intentions to assist Taiwan, which they view as cheap talk. In their minds, Taiwan is a convenient unofficial ally for the United States that can be ditched when a more China-friendly administration comes into power.

These claims are misleading. First, it is not clear how the policy of hedging would work for Taiwan with its archrival. Past experiences of hedging under the Ma administration weakened Taiwan’s self-defense capabilities and sparked a protest against closer economic ties with China that occupied Taiwan’s Congress for twenty-three days. Worse, it has not stopped Chinese preparations and proclamations for taking Taiwan with force and efforts at obliterating Taiwan’s international presence. One might wonder, how would a continuation help Taiwan now?

Second, a more-China-friendly policy does not have popular support in Taiwan. Decades of democratic practices on the island have given birth to an increasing trend of Taiwanese identity. Thus, political parties that continue to hold on to Chinese identity or the dual stance of Chinese identity and Taiwanese identity are losing votes in elections. The segment of the population that believed that China’s 1.4 billion-strong-market was Taiwan’s economic future is being forced to rethink their choice as they see how the CCP is jeopardizing the will of the people by violently cracking down on pro-democracy activists in Hong Kong.

Last, attempting to hold on to the policy of strategic ambiguity will have drawbacks for Taiwan. It would send confusing signals to the United States, and worse, it will lead the United States to underestimate Taiwan’s need for defense commitment and U.S. assistance, ultimately leading Taiwan to be excluded from the U.S. grand strategy. Worse, if the United States considers that Taiwan is helping China to counterbalance U.S. power in East Asia, it might decide to postpone selling weapons to Taiwan and to withdraw its diplomatic advocacy for Taiwan in the world. All being said, when the United States is abandoning its strategic ambiguity toward cross-Strait relations, Taiwan would need to show its support. This is the only way to deter Chinese aggression.

For policymakers in the United States, it is critical to understand different voices within Taiwan. Although the Tsai administration is certainly moving along with the current U.S. China policy, Taiwan’s major opposition party is still promoting hedging or maintaining equal distance between the United States and China as the more appropriate strategy in the existing U.S.-China rivalry. As the policy of strategic ambiguity continues to lose significance, there will likely be more debate about the trajectory of U.S.-Taiwan relations. Strategic ambiguity has had its heyday; now it is time for it to retire.