Why Ukraine Matters to the United States 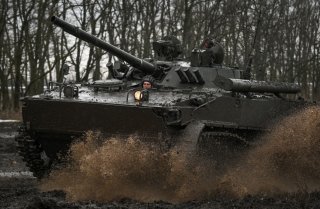 The current crisis in Eastern Europe is not just about whether the United States and NATO can stop Russia from invading Ukraine, as important as that is. It is also about the larger causes of personal freedom and opportunity that we Americans and Europeans hold so dear. Recent history teaches us that if we allow an expansionist autocrat like Russian president Vladimir Putin to impose his will by force on one nation, Ukraine, the security and freedom of much of the rest of Europe and the United States will ultimately be imperiled, and we will likely be drawn again into a much larger, more deadly, more costly war. That’s why it is so important to stop Putin now.

At this time of reflexive and mindless partisanship in our domestic politics, it is heartening that a majority of members of both parties in Congress, including Republican leaders like Senator Mitch McConnell, understand these lessons of history and are coming together in support of strong policies like those the Biden administration has begun to advance to push Russian troops away from Ukraine.

Bot there is also a jarring bipartisan chorus of isolationists from the far left of the Democratic Party and far right of the Republican Party who have argued that it doesn’t matter to the United States. if Russia invades and controls Ukraine.

Leaders of House progressives, including Representatives Pramila Jayapal and Barbara Lee, seem more concerned about offending Russia than they are about the freedom and sovereignty of the Ukrainian people. They say that they want a diplomatic resolution through “negotiations and compromise” and warn that “new troop deployments…indiscriminate sanctions and a flood…of lethal weapons will only raise tensions.”

On the far right of the Republican Party, the isolationists have been more explicit. “We have no dog in the Ukrainian fight,” says Representative Paul Gosar. Tucker Carlson went a step further: “Why would we take Ukraine’s side and not Russia’s side?” And Representative Matt Rosendale opined, “Despite claims by war hawks on both sides of the aisle, it is not in our national interest to spill American blood and treasure in Ukraine.”

These isolationist appeals from the extremes of both parties cannot be ignored or their support will grow. Their advocates need to be reminded of the lessons of history and challenged to see how bedrock American values of liberty and equal opportunity which they themselves fervently espouse will be undercut badly if we sit back and allow Russia to invade Ukraine. Perhaps some history will be of help.

Senator Arthur Vandenberg was a very conservative Republican senator from Michigan who during the 1930s became a leading isolationist voice against any U.S. involvement in the aggression that had begun in Europe and Asia. After Pearl Harbor, he reversed himself, explaining simply that “At Pearl Harbor, isolationism died for any realist.” He then strongly supported U.S. involvement in World War II. On January 10, 1945, as the war was ending, he went to the floor of the Senate to discuss his transformation from isolationist to internationalist, and to declare his intention to remain an internationalist in the difficult years ahead. As chairman of the Senate Foreign Relations Committee, Vandenberg became President Harry Truman’s indispensable bipartisan partner in all the critical military, diplomatic, and international economic initiatives that secured the postwar world, expanded liberty’s realm, and enabled extraordinary American and global prosperity.

When his Republican colleagues complained that his support of Truman’s policies would strengthen the Democratic president that they hoped to defeat in 1948, Vandenberg famously responded that “politics stops at the water’s edge.” That noble principle was followed throughout the Cold War by presidents from Truman to Ronald Reagan and senators from Vandenberg to Joe Biden until the Soviet Union collapsed in the early 1990s.

Presidents John F. Kennedy and Reagan were, respectively, great liberal Democratic and conservative Republican leaders in defense of freedom during the Cold War.

Kennedy’s inaugural address in January 1961 is full of wisdom for this moment:

We observe today not a victory of party but a celebration of freedom…the same revolutionary beliefs for which our forebears fought are still at issue around the globe – the belief that the rights of man come not from the generosity of the state but from the hand of God.”

And then Kennedy sent a direct message to Moscow; “We shall pay any price, bear any burden, meet any hardship, support any friend, oppose any foe to assure the survival and success of liberty.”

In his first press conference in 1981, Reagan denounced the leaders of the Soviet Union for seeking a “one world Socialist Communist State.” In a speech to the British Parliament in June 1982, he declared that “the march of freedom and democracy will leave Marxism–Leninism on the ash heap of history as it has left other tyrannies which stifle the freedom…of the people.” Later, of course, Reagan correctly called the Soviet Union, an “evil empire.”

It is important to note from these statements that Kennedy and Reagan saw the Cold War not primarily as a conflict with the Soviets over territory. They understood it was first and foremost a war of values and ideology.

Russia under Putin is no longer officially communist, but it is as politically repressive, economically state controlled, and strategically expansionist as was the Soviet Union.

President Biden’s recent statement that a Russian invasion of Ukraine “would change the world” is right. If he, with the support of a bipartisan majority in Congress, can prevent such an invasion without yielding to Russia, that will also improve the world’s opinion of him and America that was weakened by the disastrous retreat from Afghanistan, most importantly in Beijing, Tehran, and Pyongyang. And it will stop this brazen attempt by Putin’s Russia to reconquer territory and reimpose the immoral and inhumane policies of the Soviet era on the people living there.

Joseph I. Lieberman was the Democratic vice-presidential nominee in 2000 and a U.S. senator from Connecticut, 1989-2013.